According to the Office for National Statistics, there were approximately 64.6 million people living in the UK in mid-2014. Of these, 56.2 million (87.2 per cent) were White British. 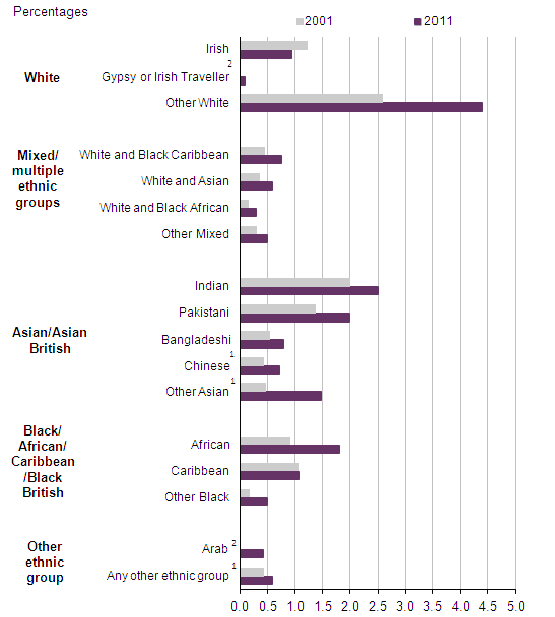