The IRR is a registered charity and company limited by guarantee governed by a Council of Management, elected from the IRR membership and composed of people who share a concern about racism and a commitment to overcoming it. The day-to-day work is undertaken by a staff of six people with the help of Council members and volunteers – please see the volunteering for IRR webpage if you are interested in volunteering. The work of the IRR is supported from publication sales and by individual donations and grants from charitable trusts.

The members of the council of management are: 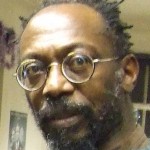 Over some five decades he has variously worked as an academic, documentary film maker, theatre maker, TV (BBC) commissioning editor, cultural animator (specifically in museums, archives, and heritage sector).  Most recently he has worked on the exhibitions No Colour Bar: Black British Art in Action 1960–1990 (2016), with the British Library, Windrush: Songs in a Strange Land (2018), and with Tate Britain, Sixty Years: The Unfinished Conversation [Walk Through British Art, Room 13], (2022) 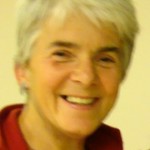 A former barrister who specialised in immigration, refugee and human rights law until her retirement in 2008. She is an honorary vice-president of the Haldane Society of Socialist Lawyers. She co-edited Macdonald’s Immigration Law and Practice (5th edition, 2001, 6th edition 2005) and Halsbury’s British Nationality, Immigration and Asylum (4th edition, 2002 reissue) and speaks and writes on migration and human rights issues. She has also written Borderline justice: the fight for refugee and migrant rights (Pluto, October 2012) and has contributed chapters to Migrants and the Courts (Ashgate, 2013), Entrapping Asylum Seekers: social, legal and economic precariousness (Palgrave, 2017) and Extraordinary Rendition: Addressing the challenges of accountability (Routledge, 2018).’

A poet (who has formerly been poet in residence in a refugee camp in the Western Sahara) and educator (he works with excluded children in Hackney). He has contributed to Race & Class and its online blog.

Emeritus Professor in the School of Law at the University of Warwick. He has worked with the Institute of Race Relations for fifty years, including as a member of its Council and the Race & Class Editorial Working Committee, as well as a period in the 1980s and early 1990s when he was a member of staff. He has researched extensively on legal services, policing and criminal justice, and is currently working closely with IRR on issues relating to the over-policing of black and ethnic minority communities and with the StopWatch coalition on abuses of police stop and search.

Reader in Law & Anthropology and Deputy Dean of the School of Law at Birkbeck College,  University of London.  He is the author of Race in the Shadow of Law: State Violence in Contemporary Europe (Routledge, 2016) and publishes in the areas of equality law, asylum law, race, and sexuality and colonialism.  He is an associate academic fellow of the Honourable Society of the Inner Temple and a member of the New York Bar.  He is on the Editorial Board of the Journal of Asylum, Immigration and Nationality Law, the Trustee Board of the UK Lesbian and Gay Immigration Group, and the Advisory Board of the Berlin-based Centre for Intersectional Justice.  He currently serves on the civilian-led international commission examining the case of Oury Jalloh—a watershed death-in-police-custody case in Germany.

Lecturer in Criminology at the University of Swansea. He has worked formerly as a researcher at the Institute of Race Relations for six years, and at Medical Justice and at Positive Action for Refugees and Asylum Seekers.

Tony is an investigative journalist and writer specialising in justice and home affairs, civil liberties, the EU state and freedom of information in the EU. He was the Director of Statewatch 1990-2020. He is now Directtor Emeritus at Statewatch – a life-time appointment. He edited Statewatch Bulletin I(1991-2012) and  Statewatch News online (1999-2019). He is the author of The Political Police in Britain (1977), Secrecy and openness in the EU (1999) and The Shape of Things to Come (2009) and edited The War on Freedom and Democracy (2005). He is a LIfetime Menmber of the National Union of Journalists. Tony is now constructing an online Library & Archive : ‘The Shape of Things tocome: Past, present and Future’ (https://the-shape.org/).

Specialised exclusively in the field of international migration, asylum and human rights for more than thirty years with a combination of experience in the UK and the Republic of Ireland, where she was head of the Irish Refugee Council. She is Director of TACTIC Immigration and Asylum Training Research Consultancy CIC. She holds a PhD in political science on the response of Ireland and the UK to asylum seekers in the context of their bilateral relationship and membership of the EU.

Manages the Fair and Effective Policing Project for the Open Society Justice Initiative and is a founding member of StopWatch. She completed her doctoral studies at the University of Warwick on the utility of the concept of institutional racism in explaining racial disparities in stop and search practices in four police forces in the United Kingdom and the United States. She is a leadership coach with a specialist in organisational change, inclusion and strategic development.

Youth worker/manager, activist and writer with almost 30 years experience in  community development and arts work, as well as community campaigning on police issues. He is the Development Officer for Voice4Change England.

A playwright and political commentator, and a former President of the Writers’ Guild,. His plays have covered historical and contemporary themes, including the National Front (Destiny), political defection (Maydays), the end of Communism (The Shape of the Table, Pentecost, The Prisoner’s Dilemma), and multiculturalism (Playing with Fire and Testing the Echo). He writes for the Guardian and the London Review of Books, and established a Playwriting Programme at the University of Birmingham, where he was appointed professor in 1995.

Senior Lecturer in Media and Communications at Goldsmiths College, the University of London. He has written extensively on the media and social change, with particular reference to Iran and to racism and Islamophobia in the UK. He is author of Iranian Media: the paradox of modernity (Routledge, 2010) and co-author, of Blogistan with Annabelle Sreberny (I.B. Tauris, 2010).

A public law caseworker at Wilson Solicitors, Tottenham, and a regular contributor to IRR News and Race & Class. He has a BA in History from University College London and a Graduate Diploma in Law, and was a policy and campaigns intern at Liberty. He volunteers with migrants’ rights organisations and regularly legal observes at protests.

A lecturer at King’s College London whose research interests include racism and anti-racism, racial capitalism, globalisation and imperialism. He is also a member of the Editorial Working Committee for Race & Class. John is a key organiser of the IRR’s anniversary IRR50 conference to be held in Autumn 2022.

Currently a PhD student at Brunel University London examining the relationship between institutional racism and the militarisation of policing in London. He is a member of the advisory board of The Monitoring Group and editorial assistant at darkmatter, an open access online journal for contemporary anti-racist/post-colonial critique.

A former support tutor working in higher education and a volunteer ESOL teacher who has worked in a voluntary capacity for several refugee support groups. He has been an anti-racist activist for many years, a founder of the Campaign Against Racism and Fascism and worked at the IRR from 1977 to 1993 as information officer.

Works in IT as a service designer, he has worked with numerous community groups and justice campaigns in east London largely focused on combating racial violence and police harrassment.  He had been an active member of Newham Monitoring Project for over 25 years as continues to support smaller grass roots initatives on social justice.