Young rebels with a cause

A new film, ‘Young Rebels’, on the history of the Southall Youth Movement (SYM) is a must-see. 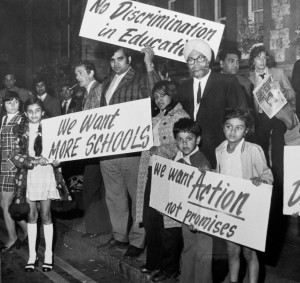 The young men of the 1960s and ‘70s who were involved in transforming Southall into what it is today are now Asian elders, old enough to be respectfully addressed as ‘Uncle-ji’. And here in interviews they speak frankly about their experiences of growing up in Southall at a time of extreme racism – racist attacks, harassment by the police and bussing (where Asian schoolchildren were transported every day out of the area to other schools to prevent Southall’s schools becoming predominantly Asian).

One interviewee, Balraj Purewal, a founder member of the SYM, spoke of the sanctions he received at school and having to write repeatedly, ‘I must not speak Punjabi in class’. When he tried out for the school football team, he had spent his time running around the pitch with no-one passing to him – ending his dreams of playing football for his school. Others spoke about the Skinheads who came ‘P**i-bashing’ to the area and of the way they were forced to respond by going ‘Skinhead-bashing’. 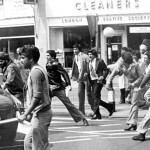 6 to collectively organise under the banner of the Southall Youth Movement. The SYM brought together numerous ‘gangs’ in Southall and the movement ‘wasn’t like the Panthers’ who had a political programme, but organised on issues affecting the local community – like the overpriced Indian cinemas!

The parents who came as new migrants post-war were respectful of the ‘mother country’. Their children, on the other hand, who were born here and sent to the local schools couldn’t sit back and watch the daily racisms meted out – at school, in the workplace, onthe streets. They organised and began fighting back. As it was put in the film by one interviewee: ‘All the rebel kids in Southall got together’ – the birth of the first Asian Youth Movement in Britain. 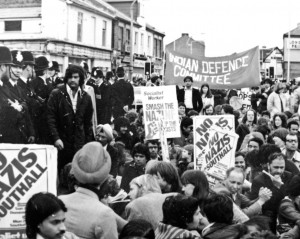 e siege of Southall police station in 1976 which brought into focus the different attitudes of the generations. As another interviewee put it, on the one hand you had the older generations saying ‘we have to survive’ and then on the other hand was the younger generation saying ‘we have rights’. The film also deals with the death of Blair Peach at the hands of police officers from the Special Patrol Group (SPG) on that fateful St George’s Day in 1979.

Recollections from the day detail what we would now call kettling and the snatch arrest squads deployed by the police which resulted in 342 (overwhelmingly) young people being charged with various offences in relation to the demonstration. One of the funniest moments in the film comes as one SYM member describes the embarrassment of a young man charged with assaulting (not a police officer) but a police dog with a curry-powder bomb. The arrests resulted in a sustained campaign to support the 342 who were charged. In a co-ordinated defence campaign families were ferried to and from the court in Barnet, fines paid, people visited in prison etc. The campaign was to become a model of ‘good practice’ for many other youth m 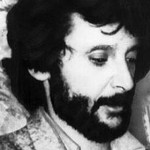 ovements which sprang up across the UK, for example in Bradford and Sheffield.

The death of Blair Peach greatly impacted on those he came to support in Southall. His death galvanised a community to face down those forces terrorising them – the National Front and the police. Reflections on the death of Blair Peach lead ultimately to the plea that the ‘killers are at large and should be brought to justice’.

Incidentally, two songs are heard on the DVD: first an ‘oldie’ ‘Jah Wars’ by Misty in Roots which details the events of St George’s Day. (The group was based in Southall at 6 Park View Road, which the police stormed that day and arrested and injured numerous people including the band’s manager who was hit over the head with a truncheon.) And there i 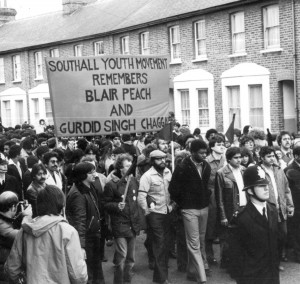 Young Rebels tells the story of how a community successfully came together to defend itself and is an important part of the history of Black communities in the UK. The film is not only educational but also surprisingly entertaining, funny and moving too. It dispels the myths of the ‘passive Asian’ and is definitely a must-see.

Download a copy of the booklet which accompanies the DVD here (pdf file, 2.9mb)

IRR News story: The truth behind the murder of Blair Peach?

The film was made by the Asian Health Agency in partnership with digital:works and funded by the Heritage Lottery Fund. It can be viewed online here. Although the project was funded, you can donate towards maintaining the Southall Inspired website that will host the film as well as other historical and contemporary material. If you would like further information please email both Suresh Grover and Balraj Purewal.

The photo shows girls who no doubt are also Elders now. Were the Black Sisters involved in the film?

Southall Black Sisters were not involved in the film but the young people who made it recognise that their story needs to be told and feel to do it justice it requires it’s own film. To that end they are getting together to develop the idea and seek partners and funding.

I just watched this film and was shocked and inspired, thank you for it. I had a question (for the producers/makers of the film): I couldn’t find any references to it online in mainstream news media etc.. was wondering why this is? Were attempts made to get in touch with the BBC, Guardian etc about the film, and if so what was their response?