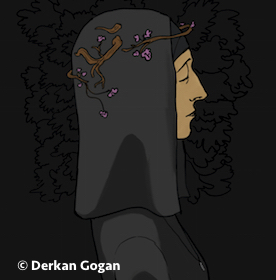 We reproduce below the speech of Riz Hussain, director of Jawaab, a movement of grassroots voices, at the launch on 7 March of Jawaab’s report Voices of Young Muslims: Building a society free from Islamophobia.

‘Since we began our work in 2011, we have seen so much change. And with this has come our focus to challenge Islamophobia.

Islamophobia is powered by politics, domestic and foreign policies, and through recent political campaigns. It’s powered by our institutions and our labour market. It plays out on our TVs and social media, in our schools, and on the streets. It was only last year that a white terrorist ploughed his van into Muslims outside Finsbury Park Mosque, just metres away from our office.

We have to realise that Islamophobia isn’t just an uncomfortable conversation with a workmate about Islam, or someone hurling abuse at you on public transport. Its manifestations have helped shape a highly charged environment where Muslims are vilified, attacked, and even killed. Makram Ali was killed at Finsbury Park, Mushin Ahmd kicked to death by two white men in Rotherham. And only a few days ago, Paul Moore was convicted of the attempted murder of a Somali mother, Zaynab Hussein. He knocked her down with his car and then tried running over her again, while she was on the ground. Minutes later, he attempted grievous bodily harm on a 12-year-old Muslim girl.

Recent events like the EU referendum vote, the attacks at London Bridge and Manchester have given an opening for racist crimes to rise. The backlash from such events impact Muslim communities across the country – especially women and young people. If we look at the figures on hate crime, there were over 80,000 offences reported in 2016-17 in England and Wales. That’s up from  62,000 from the year before. And these are reported crimes; imagine how many more go unreported. Islamophobia is part of everyday life for many Muslims living in Britain.

Last July I travelled across Europe with a friend, who happens to be Tunisian. While crossing the border from France to Switzerland, we were detained for hours – kept in a small white room with no windows, with no answers to our questions about how long we would be there for. First, our laptops, cameras and phones were inspected. We were asked if we had stolen them. Our luggage and car were searched for drugs – we were asked several times if we dealt in drugs. And then finally, our passports were scanned, our foreheads and necks swabbed and fingerprints taken. At that stage I felt pretty helpless, not in control, constantly telling myself not to freak out.

When we finally made it out, we started to talk about what had just happened. In a matter of hours I was stripped down and labelled as a criminal, drug dealer and terrorist. And this is the unfortunate way Muslims are perceived, because of this system. We were seen under a suspicious and scrutinising lens. We were singled out because we were two brown men with beards. And this securitisation, which comes from the War on Terror agenda, means people who look like me are guilty until proven innocent.

A part of our report touches on exactly this. We are concerned that processes of racialisation such as this will result in a new type of Muslim – one who can be easily identified, easily governed, but at the same time not protected from the levels of Islamophobia manifesting in Britain today. The constant negative focus on Muslims, especially in our schools and airports, creates fear and intimidation.

Later, when my friend and I walked through the airport after the incident at the border, he turned to me and said “act normal”, because he didn’t want to be stopped again. As if the problem lay with us. The negative focus breeds fear and paranoia. I get nervous at the passport barriers because I have been made to feel like I have done something wrong – even though I should have nothing to worry about.

This anxiety comes out through the way we talk to our friends. When my friends talk about war and foreign policy, they begin by jokingly acknowledging that they might be tapped or wired. Any Muslim having a discussion about what a healthy democracy looks like, or what a critical approach to state policies might be, is seen as a potential enemy of the state.

It’s that same old story: “good Muslim” vs the “bad”; the consenters and the dissenters.

And this is how I have come to see Islamophobia: a photo gallery that puts intense negative focus on Muslims. A gallery curated by politics and the media, and some of these ‘good Muslims’. On one side you have the consenters, the good Muslims who support and solidify mainstream narratives about Muslims – often damaging communities at grassroots. And on the other you have the bad Muslims – those who challenge the status quo, those who factor in historical events, and challenge institutional and systemic issues. This at a time when we have TV programmes that intensely follow the lives of Muslims, like Extremely British Muslim and Muslims Like Us, and when counter-terrorism policies push Muslims onto deradicalisation programmes. This gallery is like a circus. The consumer, from a distance, can critique, analyse and dissect the existence of Muslims in Britain, throwing in their prejudices and assumptions.

We know that Islamophobia lends itself to violence, marginalisation, exploitation, powerlessness and cultural imperialism. Islamophobia impacts us all – when our civil liberties are stripped down in the name of national security or our streets become less safe because of people like Thomas Mair, the killer of Jo Cox, or we have the likes of Nigel Farage leading xeno-racist referendum campaigns. It impacts us all.

We urgently need to break this dangerous, securitised Islamophobic narrative that shape and influence young Muslim lives in Britain. Homogenising Muslim identities needs to end. We don’t all believe the same or experience things in the same way. Young Muslims own their stories and experiences. They are diverse and complex.

And that’s why we are here today – we firmly believe that Muslim aspirations and identities should be built on the foundations of equality, fairness and dignity. And tonight is all about that.’

Images used throughout are from the report.