When apologies are not enough 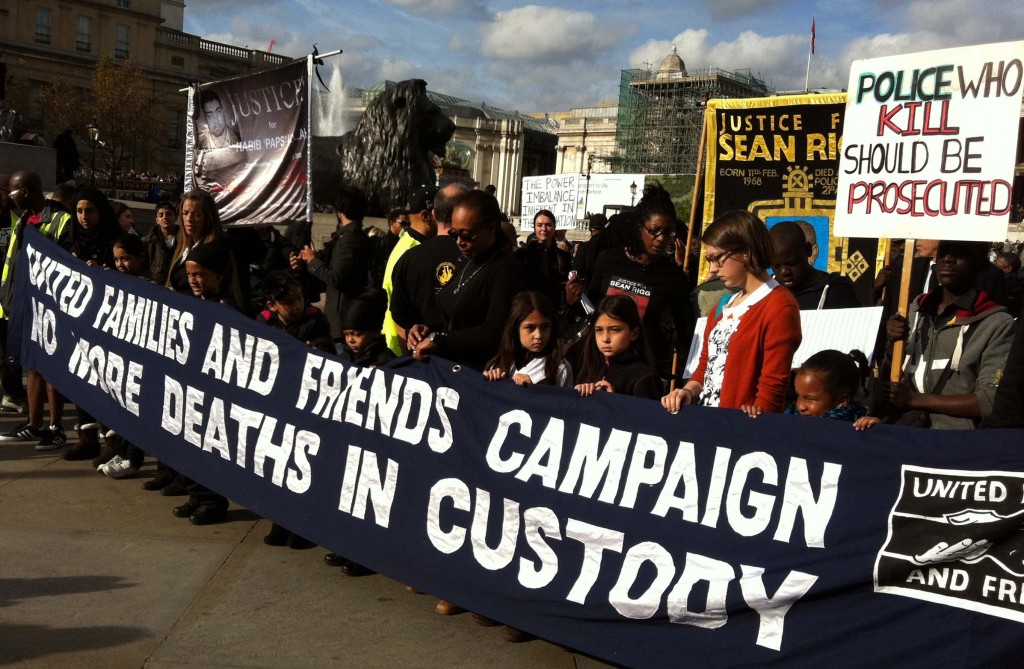 What are the implications of the ground-breaking report of the Hillsborough Independent Panel for the families of those who die in police, prison and psychiatric custody?

Yesterday, David Cameron issued an apology to the families and victims of the Hillsborough tragedy: ‘With the weight of the new evidence in this report, it is right for me today, as Prime Minister, to make a proper apology to the families of the 96 for all they have suffered over the past 23 years. Indeed, the new evidence with which we are presented today makes it clear, in my view, that these families have suffered a double injustice: the injustice of the appalling events—the failure of the state to protect their loved ones and the indefensible wait to get to the truth; and then the injustice of the denigration of the deceased—that they were somehow at fault for their own deaths. On behalf of the Government and indeed our country, I am profoundly sorry that this double injustice has been left uncorrected for so long.’

The number of ‘profound’ apologies over Hillsborough already sound a little hollow: the Sun was ‘deeply ashamed and profoundly sorry’ as was the Chief Constable of South Yorkshire police: ‘I am profoundly sorry for the way the force failed on 15th April 1989 and I am doubly sorry for the injustice that followed and I apologise to the families of the 96 and Liverpool fans.’ Sheffield City Council also got in on the act: ‘our actions at the time were wanting and criticised. For that we sincerely apologise,’ as did Sheffield Wednesday Football Club: ‘[We] would like to offer our sincere condolences and an apology to all the families who have suffered as a consequence of the tragic events of 15 April, 1989.’ A representative of South Yorkshire Ambulance Service said: ‘I sincerely apologise for the shortcomings identified in the report relating to the way in which the incident was managed in the early stages.’

What cannot be forgotten amidst this mass self-flagellation is the families’ fight for justice. For twenty-three years they have consistently disputed the official version of events. For twenty-three years they were left wondering what happened to their loved ones on that fateful day. It took their tenacity and that of their extended families and supporters to secure the absolutely damning report published yesterday.

The conduct of the police and the media in this case is being treated as a one-off – an aberration. However, David Cameron’s apology yesterday to the Hillsborough families is equally due to the many families that have lost loved ones in police, prison and psychiatric custody.

These families face the same David vs Goliath battles that the Hillsborough families did. Because when a death takes place involving police, prison guards et al, they close ranks. That is the norm. The cover up starts at the bottom and usually goes all the way to the top. (On Radio Four’s ‘Today’ programme even former director of public prosecutions, Ken Macdonald condemned the culture of secrecy as ‘absolutely suffocating’ while Lord Falconer, former Lord Chancellor, condemned the inquest system as ‘hopeless’.)

The demonisation of the victims is not new either. We have witnessed, time and again, the slandering of those who should have been looked after by the state. The families of Roger Sylvester, Sean Rigg, Mark Duggan (to name a few) had to fight to get inaccurate police and Independent Police Complaints Commission statements about their loved ones withdrawn and amended.

The families of those that die in custody also face the same long waits for inquests and official reports and inquiries. They are often at the mercy of the inquest system and the foibles of individual coroners. Coroners may decline to push for answers, the police may cover-up their involvement or simply say they can’t recollect precise events (witnessed recently at the inquests into the deaths of Sean Rigg and Habib Ullah). And despite a Macpherson recommendation that the families of those who die in custody should be granted legal aid for inquests, in most cases they have still to fight for it.

The Crown Prosecution Service (CPS) is another culprit, consistently refusing to prosecute those involved in deaths in custody, with lame excuses of ‘not enough evidence to secure a conviction’, more like no appetite to prosecute officers of the state involved in deaths. Because if the public loses confidence in those we are meant to trust … what then?

I would like to see an independent panel (similar to the Hillsborough Independent Panel) set up to examine deaths in custody over, say, the last twenty years – and for this panel to have access to documents and papers denied to the families of those that have died. It is significant that the last successful prosecution for a black death ‘in’ custody was in 1971. The state (and its agents) do indeed get away with murder.

What now for the families of the Hillsborough 96. Will there be a new criminal investigation into the tragedy? In all likelihood the assessment by the CPS will be that because so much time has passed there is no realistic prospect of convictions. And new inquests? Again, the families are also unlikely to obtain unlawful killing verdicts (notoriously hard to obtain) and will probably have to accept narrative verdicts which make mention of neglect contributed to by the South Yorkshire police and Sheffield City Council.

There is no doubt that the families will fight on.

If Macpherson, the Saville Inquiry into ‘Bloody Sunday’ and this Hillsborough Panel tell us anything it is that when ‘state crimes’ occur the default positions are – to deny culpability, doctor evidence, shift blame, demonise the victim. THIS IS THE NORM not the exception. Thanks for pointing this out. Individual families are up against the same reactions and never get heard.

My thoughts exactly about an independent panel being created to look at deaths at custody and have drawn real inspiration from the Hillsborough families and their tenacity.

This will be the only way that we can start to get justice for ALL the families that have lost loved ones at the hands of the police, prisons and in psychiatric custody.

SHOCK, HORROR: THE POLICE DO LIE!

All the cases above and many many more were obfuscated by the falsely but generally held presumption that the police act in good faith & forthe public good not in their own self-interest, or that of their political masters.

It goes beyond deaths in custody. What about all those ‘minor’ miscarriages of justice in magistrates court where a case of assault on a police officer depends on only police witnesses – & the police witness story is always excepted at face value, even without corroborating evidence, and even with conflicting evidence.

My friend was recently convicted like this. In fact their were 4 police officers with cameras there – but they all had forgot to turn them on! What a coincidence!

Who knew that authorities like the police can live amongst a metrapolis composed of liars, fraudesters, bankers, thieves, blacklisters and killers?

‘I am profoundly” sorry to say that the government the police the papers the cps the judges the Qcs the Barristers the ipcc are as Cameron would say “we are all in this together” and yes we think you are right Mr Cameron, one big cover up from start to finish !

We too have suffered a double injustice:—the failure of the state to protect my husband whilst in custody and the indefensible wait to get to the truth; and we also suffered the injustice of the denigration my husband when deceased — in that he is somehow at fault for his own death immediately reported by a police spokesperson to the media as being arrested for a breach of the peace. Two and a half years down the line we still await the an inquest to get to the truth. I too am profoundly sorry that these systems – the allegedly ‘independent’ police complaints commission (IPCC) and the crown prosecution service (CPS) repeatedly fail us in respect of deaths in police custody. Even the statistics in relation to the latter and restraint deaths are skewed and misleading and evidence is either ignored or not passed on to the powers that be in order that they be investigated appropriately.