What is in a name? Criminalising the unworthy 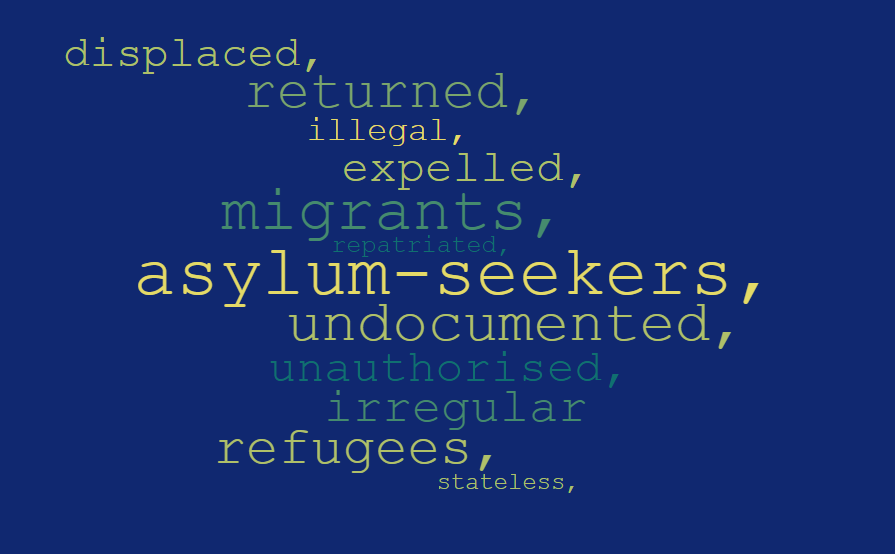 How labels serve to justify and normalise the worst of the EU’s migration practices.

The expansive catalogue of terminologies – refugees, displaced, migrants, asylum seekers, expelled, stateless, repatriated, returned, illegal, unauthorised, undocumented, irregular – has not, according to Tazreena Sajjad at the Global Governance, Politics and Security Program at the American University in Washington, DC, indicated a broadening of the humanitarian safety-net to recognise drivers of displacement. It has instead ‘reinforced the power of the state to create systems of hierarchy, making hyper-visible those who have transgressed a range of boundaries, and violated the natural order of the state-citizen relationship’.

The politics of labelling and the concomitant criminalisation and securitisation of migration in Europe undermines the protection framework for the globally displaced, and assists in their dehumanisation and legitimates actions against them. Narratives which hierarchise ‘worthiness’, are limited in their reflection of the complex realities that force people to seek refuge. Simultaneously, the labels, and the discourse of which they are part, make it possible for Europe to deny asylum claims and expedite deportations while being globally accepted as a human rights champion.

In ‘What’s in a name? “Refugees”, “migrants” and the politics of labelling’ published in the October issue of Race & Class, the author warns against the naturalisation of violent border practices by states, which depend on the presumed ‘guilt’ of the outsider being ‘inferred from punishment’ – a matter which is becoming increasingly accepted and acceptable as the norm.  The politics of labels, and Orientalist ‘othering’ in EU migration policy, in the past used to legitimise colonisation and domination, are now used to legitimise incarceration and deportation.

Read ‘What’s in a name? “Refugees”, “migrants” and the politics of labelling’ here.