We may be leaving Europe, but pan-European racism isn’t leaving us 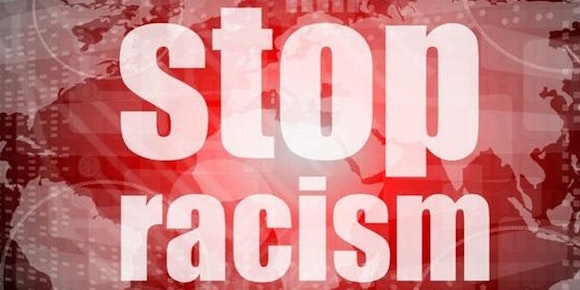 Below we reproduce a talk given by the IRR’s Director, Liz Fekete, for the Parliament Roundtable on Racism & Hate Crime organised by the Monitoring Group on Monday 16 April 2018.

I welcome this meeting which brings together so many campaigners dedicated to combating the violent racism that kills. After so many years of struggle, we now find ourselves locked out of mainstream debates. Race issues are either pathologised or trivialised by the media, and government-oriented NGOs (GONGOs) now lead the discussion on ‘hate crime’, in the process providing weak anti-extremism frameworks that are palatable to policy-makers precisely because issues of institutional and state racism are side-lined.

From the 1970s onwards, many people in this room, were at the forefront of building what the late Sivanandan termed ‘communities of resistance’ and it is to this idea of building community resilience against structural racism, against the racism that demonises, excludes, and kills, that we must return. Those in power are not concerned about the experiences of entire communities at the butt end of racism. If so, would they have left the Muslim communities of West Yorkshire vulnerable to a decade of far-right provocation? It is time that we made our collective voice heard. It’s time, as the Monitoring Group demands of us, to identify ‘the pervasive nature of racism in contemporary Britain, its motivating factors, and how we challenge the problem effectively’ – as in Rotherham, by dedicating ourselves to protecting ordinary people from the harmful effects of violent racism and putting the experience of communities first.

Racist extremism in Europe is spreading

I have been asked to talk about violent racism in Europe, but I want to confine my comments to issues in mainland Europe that most affect us here. Extreme-right and anti-immigration parties are very powerful in government, whether at the EU, national, regional or local level. Their members are not just politicians, but policy-makers, civil servants, judges, police officers, teachers, university professors, etc. Fidesz, the governing party of Hungary has just run a vicious general election campaign, based on covert anti-Semitism and blatant anti-Muslim, anti-migrant and anti-African messages. The far-right Freedom party, whose leader Heinz-Christian Strache is now the deputy prime minister of Austria, is part of a coalition government and the League in Italy, which recently got 18 per cent of the vote on the back of its ‘Italians First’ and ‘Stop the Invasion campaign’, is calling for mass deportations of African migrants. One of its candidates, who is now the President of Lombardy, even called on the public to defend the ‘white race’[1] while another 2017 Northern League election candidate went on a two-hour drive-by shooting spree in the small central Italian town of Macerta, injuring six African migrant workers, one critically.[2] Marine Le Pen’s FN controls twelve municipalities in France, the Alternative for Germany is now Germany’s largest opposition party, and in many parts of eastern Europe Roma live in segregated communities where they are terrorised by civilian militias, sometimes with the collusion of the police. We cannot kid ourselves that when we leave Europe, the extreme Right that is part of our common European heritage will no longer influence UK policies. What we will have is the worst of both worlds. On the one hand, none of the protection of social Europe, and a weakened rights framework against the racism and nationalism of the Brexit state, with its ‘take back control political culture’.[3] But on the other hand we will still have all of the usual difficulties associated with pan-European security, policing, border and counter-radicalisation cooperation. And of course, the violent racist far-right parties now evolving across Europe are and will be strengthening forces of nativism and fascism in the UK.

Where racist contagion is concerned we are not an island. Let’s take as a case in point Génération Identitaire (GI) which held a conference in Kent last weekend.[4] Already we are being shocked by revelations from Exeter and Nottingham Trent universities about extreme racist incidents on campus, in halls of residence and within student societies. But imagine the scenario if far-right identitarian groups now get a foothold on campuses. GI started in France before spreading to Austria and Germany. It has in the past been largely a middle-class hipster identitarian movement, promoting culture wars in universities and harassing humanitarian workers in the Mediterranean, in an attempt, to rebrand a modern, fashionable racism. We should be concerned that the kind of violent fascist university activity we are seeing in France does not spread to the UK. The far-right Groupe Union Défence is currently mobilising its university battalions to break up student occupations about educational reforms. And at Montpellier a professor and the dean of the law faculty were arrested on suspicion of colluding with a violent attack on a student sit in by hooded, masked men – suspected of being a fascist rent-a-mob – armed with bats and tasers.[5]

From institutional racism to collusion

It is very dangerous when universities begin to resemble the streets. And the arena of ‘the streets’ is changing, too. The forces we took on in the 1970s and 1980 are now overtly trying to control neighbourhoods, attacking mosques and synagogues and burning down refugee centres. Only now in Europe we see civilian militias, akin to the US Minutemen, causing mayhem in border areas, not least Calais. And note there have been allegations of police collusion with such far-right vigilantes and the CRS riot police have traditionally supported the FN.

I use the term collusion designedly. Collusion, like institutional racism, can be direct or indirect – it can involve direct collaboration with the far Right, but it can also involve turning a ‘blind eye’ to what should be morally indefensible. I think what we face today is institutional collusion with racist violence, whether it be university administration’s complacency towards racism on campus, or the police and the secret services’ failure to take far-right terrorism seriously; whether it be the British army’s decision to re-instate a Hitler-supporting soldier convicted of online hate against Muslims,[6] or the running of undercover police officers or paid informants in neo-Nazi groups who, in order to protect their fake identities, do not react to racist crimes.

Is this far-fetched? If the undercover policing revelations and spying on the Lawrence family and other anti-racist family campaigns have taught us one thing, it is that nothing is far-fetched. Our antifa colleagues in Germany, who have been monitoring the trial of the terrorist National Socialist Underground who shot dead ten people, mostly of Turkish origin, carried out three bomb attacks and fifteen bank robberies between 1998 and 2011, have documented the ways in which German police, military and secret services abetted the far Right through its running of a paid informant scheme within the National Democratic Party of Germany, and in order to protect their sources, turned a blind eye to racial violence.[7]

The Monitoring Group in calling this meeting have warned ‘We need to read the signs and prepare for the future’.

‘You don’t need a weather man to know the way the wind blows’.

[1] Attilio Fontana won the presidency of the northern Lombardy region in the March general election with over 50 per cent of the vote. In January, Fontana told Radio Padania that being unwilling to ‘accept all immigrant’s’ isn't ‘xenophobic or racist, but logical’. He said Italy needs to decide ‘if our white race, our society, must continue to exist or be cancelled out’. (Daily News, 15 January 2018) [2] Luca Traini, who stood as a candidate for the Northern League in 2017, was arrested with the Italian tricolour draped around his shoulder and reportedly made a fascist salute when he was captured. He also fired shots at the headquarters of the Democratic Party in Macerta. The five men and one woman injured were African migrants from Nigeria, Ghana, the Gambia and Mali. The media failed to define the attack as inspired by fascism, preferring to refer to Traini as a ‘madman’. Similarly, when Senegalese migrant Idy Diene was shot dead in Florence soon after the general election, the public prosecutor was quick to talk of the assailant’s psychological condition and rule out a racist motive. (Washington Post, 8 March 2018) [3] See A. Sivanandan, Introduction to Jon Burnett, Racial Violence and the Brexit State, IRR, 2016. [4] Also in the UK for the GI conference and to speak at Hyde Park Corner was the fascist feminist movement, 120 decibel (120db), named after the noise level of rape alarms. It blames sexual assaults on migrants and multiculturalism, with its campaign video, featuring young white woman denouncing Europe’s Open Borders and citing Rotherham as an example of what European women have to endure as a result of tolerance and multiculturalism. [5] Students claim that the masked men also shouted racist obscenities like ‘dirty Arabs’. A video of the attack can be viewed here. [6] On 5 April the Irish Sun revealed that 23-year-old Graham Bolger had been returned to the 1st Battalion, Irish Guards in west London despite being convicted for online hate comments in which he declared himself a neo-Nazi, praised the Holocaust and wrote ‘If I was to kill all Muslims I wouldn’t leave the child, I’d kill that too.’ The army have ordered an inquiry. [7] See Antonia Von Der Behrens, ‘Lessons from Germany’s NSU case’, Race & Class, April-June 2018, Volume 59, Number 4.