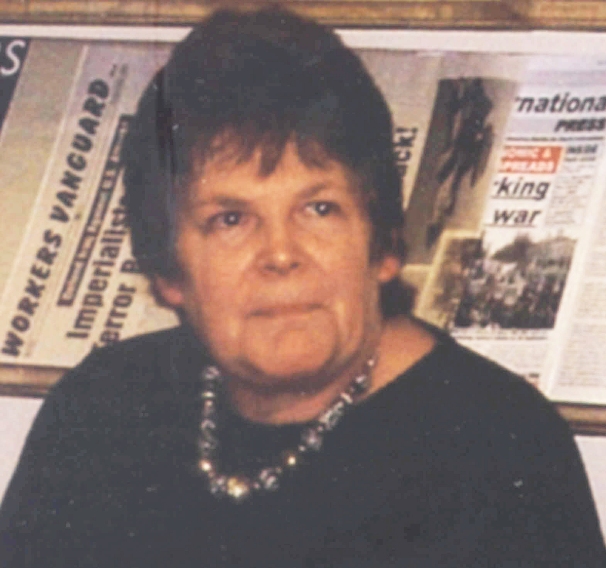 A tribute to an IRR supporter.

The Institute of Race Relations has lost one of its best friends. Val Allport was not just a supporter, she was a friend – there at every turn.  Funnily enough I don’t know that much about her, just that she was there – for some forty-five years.

Her first encounter with us was in the late 1960s when she worked for the newly set up Race Relations Board (to implement the 1965 and 1968 Race Relations Acts). But she was in no way a government apologist. Very soon, she was in its critical wing and later she became a stalwart amongst IRR’s membership as, at the start of the 1970s, we wrested the organisation from both big business and the masters she had to serve. Val trained as a teacher and once again was at our service. She offered any spare time to the IRR – coming in once a week to write up the accounts, helping in the library, devoting herself to creating a bibliography of Sivanandan’s writings for a Festschrift in 1999, as deputy-head teacher trialling and preparing expert evaluation of our HomeBeats CD Rom in her classroom. Secretly, when she inherited money she felt she did not deserve, she made sure the IRR benefitted. And when she moved out of London, she remained a constant supporter, extending her friendship to any of us who passed her way.

Always there, always quiet, always counted on to do the right thing, always self-effacing and self-deprecating to a fault. For her, politics was not something with a capital P, rather just the application of a thoroughly human moral code wherever she lived, worked or volunteered. And that is rare.

She has left a gaping hole.

I was very moved by your tribute to Valerie Allport. If only there were more people like her in the world.

i personally loved this lady she was a one in a million perso, always caring about others and always ready to help with any thing she could rip Valerie my dearest friend i am 55 now and have known Valerie since i was about 9 sadly missed Valerie forever in my thoughts rip val til we meet againxxxcarol

Val was one of my students at Aldeburgh studying Italian. I didn’t know her very well but she touched me with her sensitivity and kindness and i will always remember her dearly.m

Val and I knew each other for 55 years, since we were at school together in North Devon. She was one of those humane, quiet and wise people who contribute immeasurably to the people and organisations they support, but who do it without fanfare or self-aggrandisement.

She delighted in her family in Australia and I suppose it is fitting that there she died. Nevertheless, it was far too soon. She had so much life still to enjoy and so much more to contribute. She is much missed.