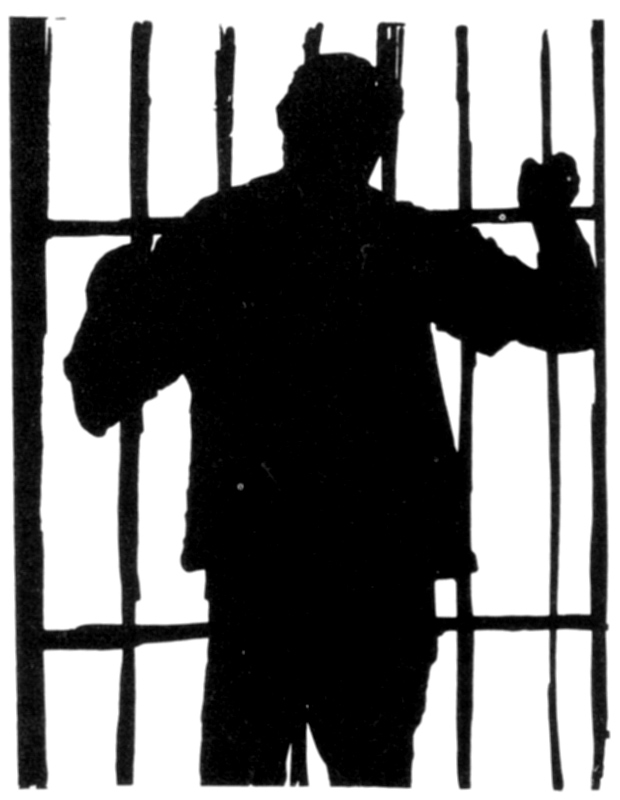 The government routinely breaches its own policies by detaining torture survivors, according to a report published this week by Medical Justice.

Eleven years ago, a set of rules governing the detention of people for immigration purposes was published. Among them was the innocuous-sounding Rule 35, stating (among other things) that torture survivors should never be detained except in the most extenuating circumstances. The reason for this was simple: a wealth of undisputed medical evidence has made clear that imprisoning a person who has been subjected to torture can have devastating consequences.

The human damage caused by detaining torture survivors is of such severity that those who are subjected to it have termed it a ‘second torture’, and this is the title of Medical Justice’s detailed investigation of the Rule 35 process. As it makes clear, whilst Rule 35’s potential to trigger release from detention ostensibly acts as a safeguard to protect torture survivors, in practice it is a sham. Of fifty ‘cases’ included in the report – that is, fifty people with evidence of torture detained in the UK in either 2010 or 2011 – only one person was released through the Rule 35 process. The detention of the rest was continued through a combination of warped official maliciousness, obfuscation, ineptitude and mendacity. 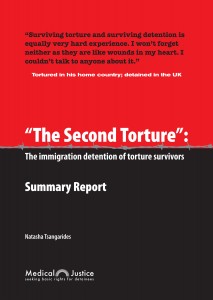 ‘The second torture’: the immigration detention of torture survivors makes clear the labyrinthine procedures and practices which render Rule 35 effectively meaningless. They include failures to record allegations of torture, detention centre healthcare staff not identifying signs of injuries, attempts to discredit medical practitioners who provide evidence of harm and an overbearing sense that the whole process is seen as an administrative inconvenience. In the middle are those desperately trying to have their evidence of torture acknowledged: people such as the Sri Lankan man with a transcript of his asylum interview on which the case worker had annotated that he was a ‘loser’, was ‘stupid’ and, after he had broken down crying, saying that he missed his wife and children, that ‘you wouldn’t have to, if you just went back to Sri Lanka’.

The detainees whose cases are included in this report have been subjected to a wall of indifference to their plight. Some people went on hunger strike. Some people self-harmed. Seven people attempted suicide and one was found unconscious, having been found hanging for an unknown amount of time. Yet after being transferred to neurological intensive care for three days, when he began to recover his health he was sent back into detention. This sheds light on the level of contempt to which asylum seekers are subjected throughout the asylum process by individual case-workers; a level which has been more than matched by successive governments in their response to the numerous attempts to reform the Rule 35 mechanism. The UK parliamentary Joint Committee on Human Rights has raised serious concerns about the ‘gap’ between policy and practice in relation to the detention of vulnerable detainees. Her Majesty’s Inspectorate of Prisons has expressed its alarm about the same on more than one occasion. And after the UK Border Agency (UKBA) finally conceded to demands from asylum groups to carry out an audit of Rule 35 cases the initial results were unknown as the agency claimed to have lost them.

Medical Justice demands that the government adheres to its own rules. The report has been published alongside the applications of five torture survivors who have been detained in the UK for a judicial review of their cases. The outcome of these challenges have yet to be decided. As is the government’s response to attempts to hold its practices up to scrutiny. But as this report makes clear, the existing mechanisms to safeguard detained torture survivors in the UK are nothing more than a facade.