The truth behind the murder of Blair Peach?

Thirty-five years after East London teacher Blair Peach was murdered by the Metropolitan police at a demonstration against the racist National Front in Southall in April 1979, the struggle to determine the exact circumstances and perpetrators of his death still continues.

David Renton’s finely argued and profoundly persuasive pamphlet, Who killed Blair Peach?, makes a crystalline case for the necessity of a new inquest into Blair’s death, particularly in the context of the revelations of the crucial Cass report, set down before the original 1979 inquest, but which its jury never had the opportunity to consider and the lawyers representing Peach’s family were not allowed to see. The report was suppressed by the coroner in 1980. 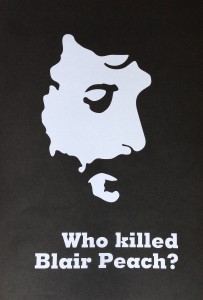 After a lucid summary of Peach’s life and anti-racist activism, the events preceding the Southall protests and those on the day of the demonstration, Renton, a lawyer himself, analyses the import of the Cass report itself, written as an investigative record of key evidence gained by Commander Cass of the Metropolitan Police’s Complaints Investigation Bureau. The report by Commander Cass was not made public till 2010. It reveals that thirteen local residents and a friend of Peach saw an officer strike Peach on the head. Cass wrote: ‘from enquiries it is now obvious that the officers concerned were Special Patrol Group.’ He also described the original evidence by these officers as ‘a concoction’, which indicates that the individual policemen had conferred and colluded prior to their original police interviews in order to produce an agreed false account of the events.

Cass’ assumption was that Peach had been killed by a police officer, as there was no evidence that pointed to another cause. Furthermore, he writes that ‘the false statements made by Officer E, Officer H and Officer F are all of the same content. A strong inference that can be drawn from this is that they have conspired together to obstruct police.’

Renton is quite clear in his conclusions: ‘Once the basis of Cass’ findings is understood, it becomes all the more shocking that the Inquest was refused access to his report’, and that the inquest itself was but ‘a shadow of an inquiry’.

There can be no doubt that a new inquest must be called so that this vital and previously undisclosed evidence from the very gut of the Met be considered, so that Peach’s brave life and spirit is vindicated, and the true manner of his death is revealed.

Defend the Right to Protest

Who Killed Blair Peach? by David Renton is published by Defend the Right to Protest and costs £2.60. Buy it here.

There is also:
Southall 23 April 1979, The Report of the Unofficial Committee of Enquiry, National Council for Civil Liberties, 1980, ISBN 0 901 108 85 5.
Whose wide remit includes: “The development of confrontation on 23 April between the police and members of the public, including the use of police from outside the division and the role of the Special Patrol Group;
the nature and extent of injuries suffered by police and public;
the circumstances leading to the death ofBlair Peach;
and the procedures used by the police for the arrest and detention of suspects.”

I knew Blair very well. My father Edward Warn headmaster of Phoenix school gave him a job as a teacher. The children really loved him. If I child was troubled Blair would even take the time to visit their homes, often deeply saddened when he saw their home situation and the poverty they lived in. He was a good, kind and honest man. He told me once, he felt something bad was going to happen to him. It was as if he knew. He was a brave man who believed in justice for all, and now he has gone. Blair of all people deserves justice and the truth. I think of him on the anniversary of his death each year. I will never forget him

Police were very rough that night, they did not hold back.
I was surprised they did not kill someone with ther transit vans

They kept driving them straight at us.

The problem is there is no justice in the uk
Ever Police force has there cover ups manuals, on how to wriggle out of the solemn truth.