The state of children’s rights in England 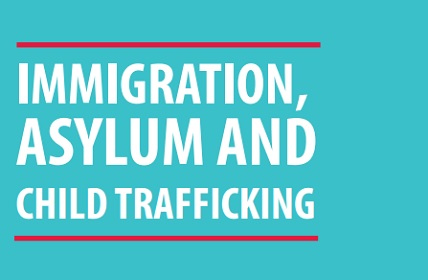 The British government is still failing to uphold UN conventions in its treatment of asylum-seeking children and child refugees, according to the Children’s Rights Alliance for England (CRAE).

On 19 November 2014 – the eve of the twenty-fifth anniversary of the United Nations Convention on the Rights of the Child (UNCRC) – CRAE published its annual State of Children’s Rights in England (SCRE) report. This wide-ranging investigation covers issues including civil liberties, special educational needs and disabilities. Its purpose is to examine whether enough has been done to ‘fulfil the human rights of children in England.’ The information is derived from official statistics, freedom of information requests and published research. One of the most vulnerable groups are migrant or asylum-seeking children.

In 2008, the UN Committee on the Rights of the Child recommended that Britain ‘intensify its efforts to ensure that detention of asylum-seeking and migrant children is always used as a measure of last resort and for the shortest appropriate period of time’. And two years later, the government pledged to ‘end the detention of children for immigration purposes’ after a long campaign, which included Nick Clegg (before forming a coalition government) describing the practice as ‘state sponsored cruelty’.

As the SCRE report shows, 203 children of migrants were detained for immigration purposes in 2013, with 84 of those eventually deported from the UK. Of the total figure, 70 children – over one third – were younger than five years old. A further 85 children detained were between 5 and 11 years old.

The majority of these children were imprisoned at Tinsley House Immigration Removal Centre or at Cedars – the latter a joint venture by the Home Office, security contractor G4S, and the children’s charity Barnado’s, which has been the subject of widespread criticism and accused of legitimising the policy of detaining children.

Separation of children and parents

The UNCRC stated that children should not be separated from their parents for the purposes of immigration control. However, the SCRE report states that the Home Office continues to use its own guidelines on separating the children of migrants from their parents, allowing temporary separation when ‘it is considered in the best interests of the children to be temporarily separated from their parent(s) in order to safely ensure the family’s arrest and return’. Furthermore, guidance issued by the Home Office also allows for the permanent separation of migrant families and their children if it is ‘considered proportionate and legitimate’.[1]

This is contrary to Article 9 of the UNCRC, which explicitly states that ‘a child shall not be separated from his or her parents against their will’. The only leeway the Convention allows is if ‘such separation is necessary for the best interests of the child’. CRAE have asked the Home Office for ‘information on the number of requests made by immigration caseworkers to split asylum seeking families, and how many of these requests were granted’. But according to the SCRE report, the Home Office said that it did not hold this data.

When children are separated from their parents, they are particularly vulnerable – both physically and psychologically – as a 2013 study published by Bail for Immigration Detainees illustrated. The impacts include weight loss, insomnia and depression.

The use of force on children

In February 2013, in light of a judicial review challenge, the Home Office reinstated a policy[2] stating that immigration staff must not use force on pregnant women or children except in order ‘to prevent harm’. Information obtained through Freedom of Information requests, submitted by CRAE, suggests that force was not used on any occasions on children under 18 in immigration removal centres in 2013.

It is therefore alarming that the SCRE report states the Independent Family Returns Panel[3] made a recommendation in 2013 to the Home Office that it should ‘reconsider its strict limitations on the use of force on children in order to facilitate their removal from the UK’. The Panel suggested that physical intervention used on children ‘should form part of a broader behaviour management policy’. The rationale given at the time was that because of the ‘traumatic nature’ and ‘emotional impact’ of repeated return attempts, ‘there are strong arguments for ensuring that the return happens sooner rather than later.’[4] The Home Office has accepted the Panel’s recommendation on the use of permissible force on children in immigration detention centres;[5] and as CRAE argues, putting it into practice would breach the UNCRC.

The SCRE report makes eleven recommendations on reforms to, and abolition of parts of, the asylum and immigration system as it relates to children. These include ensuring free legal representation for unaccompanied children, ending detention, the appointment of independent legal guardians for unaccompanied children and increasing the level of asylum support. Taken together, they are an indictment of the way children and young people are treated for the purposes of immigration control.

Read the report, State of Childrens’ Rights in England, here