The Queen’s Speech: setting the ‘public’ against its ‘enemies’ 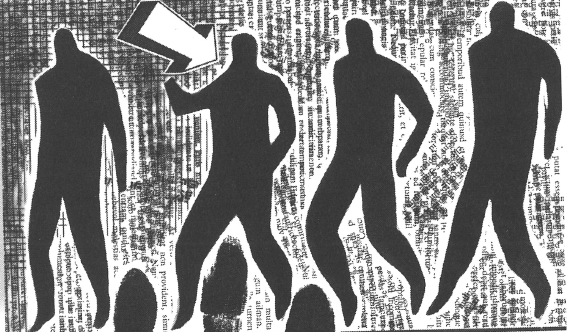 What will be the ramifications of the Conservative government’s policies, as set out in the December Queen’s Speech, for BAME communities and all those fighting for racial justice, both domestically and internationally?

In the field of criminal justice, the proposed new offence of criminal trespass on land dramatically intensifies the war on Gypsies and Travellers – communities under siege from local authorities and central government. If the proposal becomes law, when two or more vehicles stop by the side of the road, police will be able to arrest the occupants, seize the vehicles, and ban them from the area for up to a year. A public consultation on the proposals, launched in early November by home secretary Priti Patel, is open until 4 March, and Friends, Families and Travellers is calling on supporters to record their opposition.

In May 2019, the High Court declared councils’ borough-wide bans on unauthorised encampments unlawful, and the councils’ appeal was heard in December. During the election campaign, MPs demonised Gypsy, Roma and Traveller communities by persistent use of what a coalition of race equality, civil rights and Gypsy and Traveller groups describe as dehumanising, hostile and inflammatory language in parliament. In an open letter, the groups complain that MPs regularly contrast Gypsies and Travellers with ‘hard-working taxpayers and ‘law-abiding citizens’, and use war and disease metaphors such as ‘incursions’, ‘invasions’, ‘besieged’ and ‘plagued’ to describe unauthorised encampments. 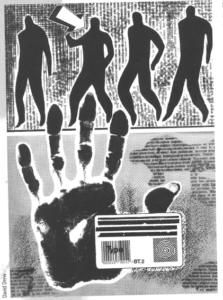 Other ‘tough on crime’ proposed legislation will stipulate longer sentences for those convicted of serious violence, sexual or terrorism offences, with a 14-year minimum proposed for the most serious terrorism offences, and restrictions on early release. The Parole Board will be unable to recommend release before two-thirds of the sentence is completed for these categories of offender. There will be more ‘whole life’ sentences for those convicted of certain types of murder, including murder of children. Those convicted of knife crime, including simple possession, will be targeted for stop and search under new police powers. Community sentences will be made tougher, with longer curfews and more hours of unpaid work. Local government, health, probation and youth offending professionals will be obliged to share data with police and work with them to prevent and reduce serious violence, which is to be made an explicit priority for Community Safety Partnerships.

At the same time, police drivers are to get legal protection for their pursuit of suspects, and special constables will get Police Federation representation in disciplinary hearings. All the measures are designed, in Johnson’s words, to restore the ‘balance of fear’, for ‘the criminals to be afraid, not the public’.

There is no room for rehabilitation in this dehumanising dichotomy, and the ‘throw away the key’ proposals reinforce the institutional racism which makes all young black men suspected gang members and all young Muslim men suspected terrorists and/ or sex offenders, and creates a disproportionately BAME prison population.

In the field of immigration and asylum, the deletion of the May government’s pledge to retain the right of stranded child refugees to join family members in the UK following Brexit has angered those working with child refugees in Calais and elsewhere in Europe, who warn that more children will lose their lives trying to get to the UK on or under lorries or trains, or resort to traffickers.

The government will end free movement for EEA citizens and replace it with ‘a new Australian-style points-based immigration system from 2021’, in a system which will entrench nationality-based hierarchies, (‘low-risk’ and ‘high-risk’) with different rights – currently used in algorithms which process visa applications. The government has refused to disclose the nationalities deemed ‘high-risk’, leading to a legal challenge by JCWI. Further proposed legislation will also make it easier to deport foreign national offenders.

Although EU citizens currently living in the UK are told they will be safe post-Brexit, immigration minister Brandon Lewis confirmed in October 2019 that if they did not possess proof of lawful status they could face deportation.

In a blow against those wishing to show international solidarity, public bodies such as local authorities and universities are to be banned from ‘imposing their own direct or indirect boycotts, divestment or sanctions [BDS] campaigns’: no cultural boycotts, no divesting of funds (eg pension funds) from companies on the basis that they profit from Israel’s illegal occupation (or any others), no working with BDS campaigns. Eric Pickles justified the ban on the ground that ‘Israel is ‘one of our key allies’ and BDS ‘a thin disguise for anti-Semitism’.

Investigations, prosecutions and civil cases against soldiers for historical human rights abuses such as torture and murder in Iraq, are to be stopped.

The courts have ruled in several cases that British troops breached the laws of war and subjected Iraqi civilians in their custody to inhuman and degrading treatment, and three years ago the Ministry of Defence had 600 claims pending and had paid out £22 million to settle over 300 cases. These cases will not be able to go ahead, but the government cannot do away with accountability entirely: in November 2019, the International Criminal Court announced an investigation into possible war crimes by British soldiers against civilians in Iraq; but victims of abuses will have to go to the European Court of Human Rights to get justice.

Official secrets legislation is to be overhauled and new offences created to ensure a ‘harder environment’ for adversaries to operate in, and treason laws may be updated.

Boris Johnson came to power promising ‘one nation’ policies. But far from ‘one-nation’ government, the package sets ‘the public’ against its ‘enemies’, the UK’s traditionally marginalised and unpopular communities and groups, who are to be surveilled, excluded, policed and punished with exemplary harshness.

Shocking but i hope those people of colour who call themselves tory wake up.