The building bricks of a rightwing press onslaught 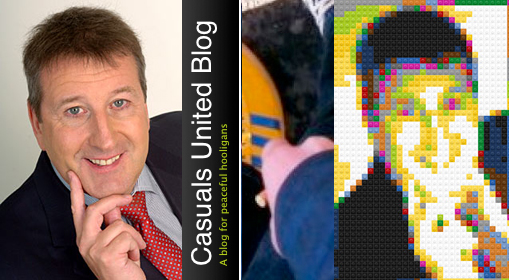 A small far-right campaign against a Muslim Legoland fun-day has been mainstreamed by the Mail’s Richard Littlejohn.

In recent months, Casuals United, a splinter group of the English Defence League, has been harassing venues hosting events run by so-called Islamists in an attempt to have them cancelled. In the latest example of this tactic, the ‘Casuals’ have been putting pressure on the Legoland Windsor theme park, on the basis that it was being booked for a ‘Muslims-only’ fun-day. Extreme-rightwing activists decried Legoland’s ‘anti-white discrimination’.

It has transpired that Legoland’s fun-day had been booked to take place on a day that the theme-park would otherwise have been closed to the public, and so nobody had been denied access by virtue of the private booking. Further, those who had booked for the day stressed that all were welcome. The ‘anti-white discrimination’ thesis duly put paid to, the Casuals abruptly changed tack.[1] Legoland, they said, had been booked by the Muslim Research and Development Foundation (MRDF), whose leader Haitham al-Haddad was, reportedly, on a government watchlist of ‘hate preachers’.

The Casuals intensified their inquiries, harassing members of Legoland staff, a tactic which included posting the name and photograph of a female Muslim staff member (a naming and shaming, in their eyes), and bombarding Legoland’s Facebook page with racist abuse until police intervened, arresting one of their number. The Casuals also called for a demonstration outside the venue on the proposed fun-day.

The story hit the local papers, then was picked up by the Daily Express, before being opined upon by Daily Mail columnist Richard Littlejohn. While the Express focused on the fact that the private hire had provoked a potential demonstration from a ‘neo-Nazi group’, Littlejohn’s commentary made no mention of the far Right’s efforts to bring the story to the headlines. But echoing its line and reproducing the Casuals’ ‘research’ into al-Haddad and the MRDF, Littlejohn called into question the ethics of Legoland’s decision to take the booking in the first place. He went on to make a series of jokes deemed even by former fellow Daily Mail columnist Peter Oborne to be ‘revolting’, ‘Islamophobic bigotry’. The article has since been referred to the Press Complaints Commission.

If the venue is closed to public anyway, and is open to private bookings, what is the problem? Many businesses are suffering in this recession, and if there is a way to hire out its venue for private use, the same way castles and stately homes are for weddings and filming, then that is great. You cannot have buildings and parks unused…they need to be in use to generate the income required to keep the business afloat in times like now.

The fact that there are morons out there wanting to complain, make something a racist issue when it is not, is sad to see in this country. Legoland will be a venue open to private hire be it a Muslims day out, a celebrity hiring it for their own peaceful family day out, or if it is another community group able to afford the fee for opening outside its usual hours.

The moronic are ignorant and racist, and dangerously attempting to create hatred when there is no need for it. Hope they get caught and jailed for inciting racial hatred at the least.