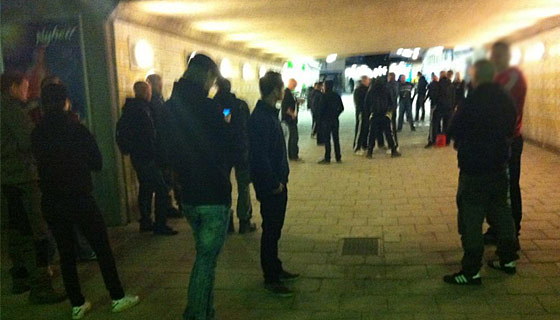 In the UK ‘riots’ of August 2011, the EDL formed a vigilante group in south London and ended up attacking black passers-by and the police. In Sweden, the Research Group (an independent group of engaged Swedish citizens who investigate stories that don’t get properly reported) has drawn attention to neo-Nazi ‘vigilantism’ during the May 2013 ‘riots’ in Stockholm. A Facebook page was set up by men linked to the Third-positionist Party of the Swedes (Svenskarnas Parti), the neo-Nazi Swedish Resistance Movement (Svenska Motståndsrörelsen) and past members of the National Socialist Front who appealed to ‘firms’ from three Stockholm football clubs (Djurgården, Hammarby and AIK) to form a ‘national guard’ to end the ‘race riots’ as ‘all attacks on the Swedish society’ are ‘an attack on Swedishness’ and, as such, ‘will be answered by us’. The Facebook page included this call to action: ‘We do not negotiate with terrorists! Talk to your friends, families and acquaintances. Tonight we will go out and take our city back from these hooligans’. 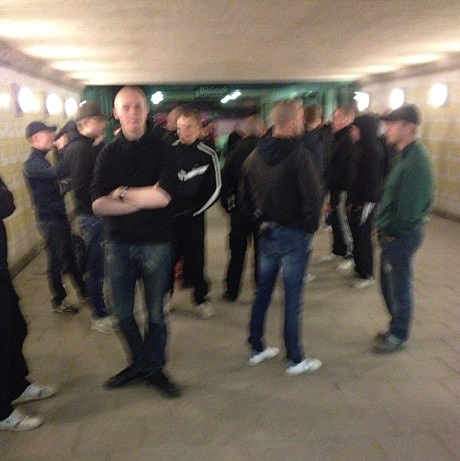 It seems that the aim of the Facebook grouping was to form a mob to punish for the rioting young people whose appearance marked them out as of immigrant origin. For all their bravado, the fascist national guard seemed to have concentrated on districts of Stockholm not affected by the disturbances. In Storvreten, for instance, they beat up a 15-year-old boy who could not get away because he was on crutches. They attempted an immigrant hunt in the nearby suburb of Bredång, but local residents who had gathered to stop the ‘riots’ spreading to their neighbourhood, saw them off. By the time the neo-Nazis and football firms arrived in the suburb of Fittja, the police had been alerted. When the neo-Nazi ‘national guard’ attempted to repeat their vigilante activities the next day, they ended up driving around the southern suburbs of Stockholm all under the watchful eye of the police cruising alongside them.

More on the Research Group