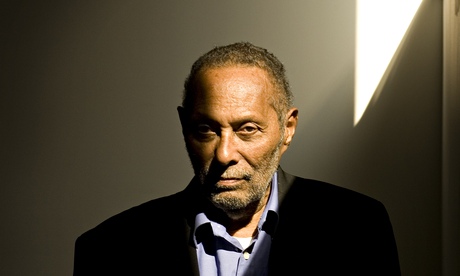 When, in the days since his death on Monday, Stuart Hall was described as the ‘pioneer’ or – less fortunately – the ‘godfather’ of multiculturalism, it seemed like a convenient journalistic label for a man whose huge importance was hard to explain to the general public. But in one important sense it was true. Stuart represented multiculturalism, of course, because he thought and wrote about it as a government policy. But he also was it. He migrated to Britain in 1951 from Jamaica. As a Rhodes scholar at Oxford, he became quickly aware that he would never be ‘English’ in the sense implied by his surroundings. But, beyond those surroundings, he quickly learnt what being a young Jamaican man in post-Windrush Britain was like. He frequently made the point that, in the contemporary world, if you ask someone where they come from, the answer gets longer and longer.

Stuart makes that argument in John Akomfrah’s remarkable film The Stuart Hall Project, which could perhaps be titled The Stuart Hall Projects. But the many colours of Stuart’s coat can mask the running threads. He came to England as an anti-colonial and quickly came to understand how fundamentally Britishness was defined by its imperial past. The collective ferment of the Centre for Contemporary Cultural Studies was formed by what was happening all around it in Birmingham: Enoch Powell’s 1968 Rivers of Blood speech, the 1974 IRA bombings, the 1977 anti-National Front demonstrations in Handsworth. The Centre’s most famous publication – the 1978 Policing the Crisis: Mugging, the State and Law and Order – analysed, in prescient detail, the way in which a non-problem was formatted racially in a way which anticipated the treatment of Muslims and indeed Romanians today. In addition to coining the term Thatcherism in 1979, he was the first to identify Thatcher’s cocktail of free market liberalism and social authoritarianism as an update of Powellism. As a campaigner, he supported and contributed to the community report into the shooting of Colin Roach in Stoke Newington police station in 1983 (Policing in Hackney 1945-1984).

Stuart joined the Board of the Institute of Race Relations in the ’80s, but his membership was short-lasting. I was among those who thought that Stuart’s thinking about the new conditions ushered in by globalisation was closer to A. Sivanandan’s concept of an emerging ‘silicon age’ than was generally credited. Stuart accepted that there was a ‘kernel of truth’ in the idea that Marxism Today invented New Labour, but he himself excoriated Blair’s expropriation of neo-liberalism. (His article ‘Tony Blair: the greatest Tory since Margaret Thatcher?’ was co-written with Martin Jacques before the 1997 election.)

Despite his commitment to Gramsci’s ‘optimism of the will’, Stuart Hall ended his life in pessimism about the Left projects to which he contributed so much. However, as he himself said, one should not confuse outcome with impact. His own impact on our understanding of contemporary politics and culture is immeasurable.

David Edgar is a member of the Institute of Race Relations’ Council of Management.