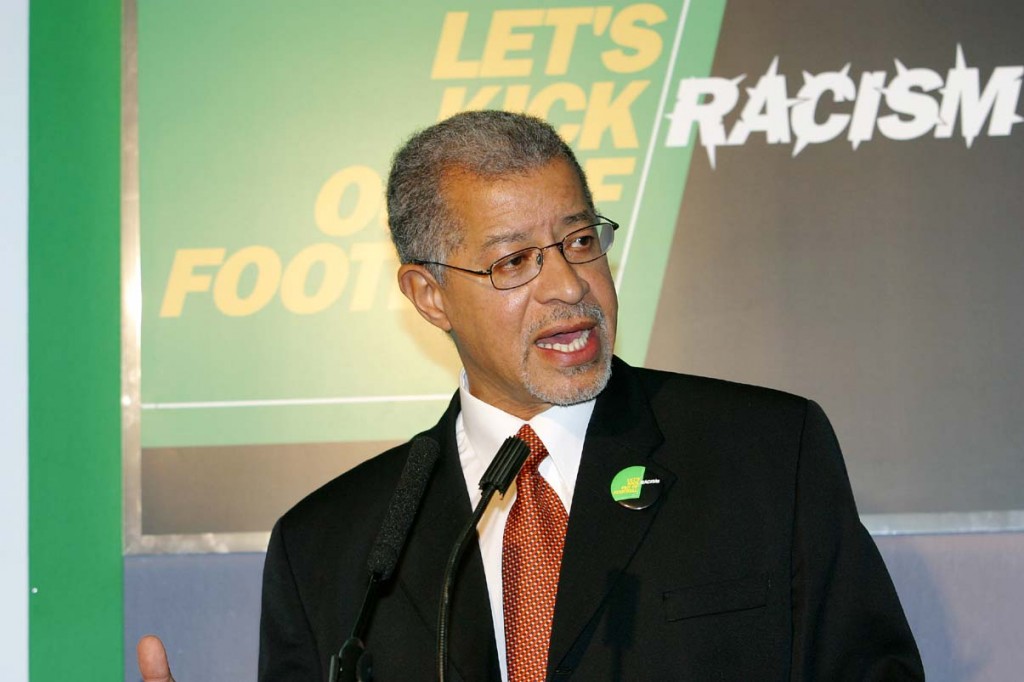 An overview of racist attacks and convictions over the last three months.

Earlier this week, Kick it Out chair Herman Ouseley resigned from the Football Association (FA), describing the authorities’ efforts to fight racism in football in 2012 as ‘wasted in hypocrisy’. Lord Ouseley spoke of an ‘establishment [that] seemed to be looking after its favourites’. He referred (among other things) to Liverpool FC’s decision to back their striker Louis Suárez, his teammates wearing t-shirts portraying him as the victim of injustice despite him being banned for racially abusing another player. He noted Chelsea FC’s failure to condemn in any way their captain despite him receiving a ban for using racist language to another player, and highlighted the England manager’s decision to pick the same player for a major tournament while dropping the brother of the target.[1]

Ouseley’s condemnation comes at a time when racist incidents at games are being reported routinely. On 9 December, the Manchester derby was marred by racist abuse and a Manchester United player was racially abused via Twitter after the match. The day before, a Norwich City player was racially abused several times by Swansea City supporters. A few days earlier, two men were arrested in relation to racist insults shouted at two players at a game between Derby County and Birmingham City in November. At the beginning of December, Arsenal players, on loan to Charlton, claimed they heard racist abuse from fans at an away game at Millwall; this came soon after fans in a (Tottenham – West Ham) London derby were arrested for racist ‘gestures’ – thought to be Nazi salutes.

Heightened attention on racism in the game is reflected in a stream of media coverage. Does this mean that there is a sudden resurgence of racism in football, or how else should we read what is happening? Could it be that social media provide new conduits for racist abuse, and it may be that a racism, which has simply never gone away, is now seized upon by a press which had ignored the issue for years.

What is clear is that racism in football reflects a wider backdrop of racist harassment, abuse and attacks in society. For example, over the last few months, a Muslim family in Nottingham have been terrorised in their new home, with racist graffiti daubed on their path and a cross wrapped in ham propped against their door; two women have admitted, in a court in Dundee, to both beating a Muslim woman to the floor, ripping of her hijab and stealing her phone, and calling her pregnant friend a ‘f*****g black African’ and assaulting her; A Gypsy couple in Yeovil had petrol poured over the front of their home, one of several incidents targeted at them. Across the UK, incidents such as these happen on a daily basis.

When Lord Ouseley resigned from the FA, he criticised the way clubs appear happy to condemn the racist abuse of fans, whilst backing their highly valued players to the hilt when they are accused of racially abusing others, as evidence of a ‘moral vacuum’. His appeal to morality came only a few weeks after two police officers were found not guilty of racially aggravated harassment, despite one of them describing a black member of the public as a ‘monkey’. The officer’s excuse was that he was simply talking about evolution. It appears that the football authorities are not the only ones to condemn racism in some contexts, but ignore it in others, preferring instead to look after their ‘assets’.

Below is a selection of racist attacks and convictions over the last three months.

Attacks on people in their homes

Attacks in the night-time economy and attacks on workers

Read an IRR News story: ‘Racism: on the pitch but off the agenda‘

Get rid of Seb Blat, please!!!