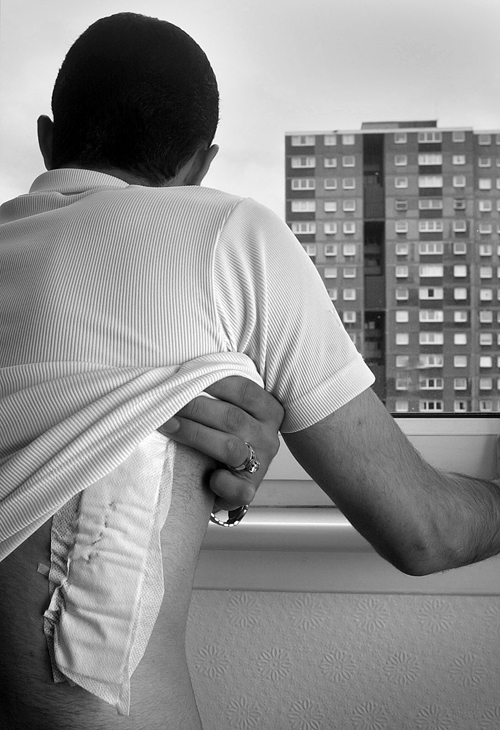 An overview of racial violence and harassment in the first six months of 2012.

The Institute of Race Relations (IRR), which documents racist attacks, is now collating regular short briefings on emerging trends in racial violence throughout the UK. And the first six months of 2012 reveals a reality of routine abuse and harassment – from graffiti to vicious assault, from alcohol fuelled vandalism to hate campaigns. At least one attack has proved fatal. Given that these incidents were recorded in the local or (much less frequently) national press, they show only a tiny fraction of the true scale of violence. (51,187 racist incidents were recorded by the police in 2010/11, the last year for which statistics are available.) Nonetheless, they do provide a snapshot of the reach and impact of popular racism.

Racist abuse is high on the public agenda at the moment. Or, to be more specific, racist abuse which is carried out by footballers or has footballers as the victims is high on the agenda. This is unsurprising. When the England captain has been embroiled in allegations that he racially abused another Premier League player, when high profile footballers are routinely peppered with racist insults through their Twitter accounts or when players are made to endure racist chants by opposing (or their own, for that matter) ‘fans’, it has all the ingredients for a media frenzy. It is a fixation which is reflected in countless blogs, documentaries and column inches and, at the very least, it has forced a re-evaluation of the carefully cultivated façade that racism in the sport is now in the past.

Rarefied though footballers’ lives may be, what happens on the pitch is actually a good indicator of the way racism percolates the lives of people on a daily basis. Quickly and easily a culture of casual racism, largely unacknowledged, and supposedly consigned to the past, can turn into racist abuse and violence.

Many of the cases which we document below make clear that certain workers remain at high-risk of abuse and attack – especially those who ply their trade in the night-time economy as taxi drivers, staff in convenience stores, takeaway workers and employees in off-licences. (Read an IRR News story: ‘Racial violence and the night-time economy’) They also show attacks on the streets taking place in the context of what at first seem minor altercations, but rapidly morph into brutal violence. Like many of the examples of racist abuse that have taken place in relation to football, these are cases which show how the most petty, trivial frustrations can trigger brutal racial violence; where a prejudice just beneath the surface of day-to-day reality can quickly and unexpectedly manifest itself in abuse, threats and assault. Witness the man who threatened to burn a shop down in Crosby a few months ago, calling the Asian workers ‘rats’ and squirting cleaning fluid into one of their faces simply because he was refused a bottle of vodka on credit; the man who went on a spree of violence in a chip shop in Liverpool, racially abusing Asian staff members and attacking customers simply because he asked for tissues and felt he was given too few; the man in Birmingham who, infuriated at not being able to watch a certain film at a cinema, vented his anger by ripping off a woman’s niqab.

Of course, this is not to say that racist attacks do not always take place without any foresight or planning. Disturbingly, our research also exposes a trend of racist attacks against children, families and parents with their children, some of which involve ongoing, organised campaigns of harassment, terrorising families in their own homes. In Kidderminster, for example, a child’s pet rabbit was mutilated and hung up in full view in a sadistic incident which made up only one part of a long-standing ‘hate’ campaign. In Salford, meanwhile, a black woman pushing her baby in a pram was racially abused by a man who went on to throw acid over her which burnt through her clothes and left her needing hospital treatment. And in Edinburgh, a 12-year-old Asian schoolgirl, who had been called a ‘P*ki bastard’ on Facebook, was attacked by about ten other schoolgirls who took it in turns to kick her in her head, beating her with such force that she was left with double vision.

Taken together, the attacks which we document give a glimpse of a reality of racial violence which occurs day-in-day-out, up and down the UK, from the most rural of villages to large cities. At the same time, our monitoring also indicates that supporters of far-right groups remain prepared to resort to violence and destruction in order to make their presence felt. For all of the English Defence League’s (EDL) PR spin about peaceful protest, for example, for all of its vapid manoeuvring, attempting to present itself as an organisation upholding and promoting human rights, the reality is that its marches frequently continue to descend into drunken bullying and violence, supporters continue to attack people, and the internet remains a medium through which supporters peddle racist abuse. (Read an IRR News story: ‘From portrayal to reality: examining the record of the EDL’)

Below is a selection of those attacks which have taken place between 1 January and 30 June 2012.

Attacks, graffiti and threats by supporters of far-right groups

Workers at risk of attack

Read a press release on an IRR report: New geographies of racism: Stoke-on-Trent

Read a press release on an IRR report: New geographies of racism: Plymouth