An overview of racist attacks and convictions over the last two months.

Last week David Cameron said he was ‘disturbed’ to hear that the proposed building of a small mosque in his Witney constituency had been cancelled as a result of racist threats to burn it down. It should not, however, have been that much of a surprise. Outside Chipping Norton, the vandalism of mosques is not particularly uncommon. Nor are attacks against Muslims isolated events. Just a few weeks earlier, for example, two men and a woman burst into a mosque in Hartlepool, disrupting prayers and shouting racist abuse at worshipers. In Nottingham, around the same time, a Muslim family had to be rehoused just a few months after moving into their new home. Offensive graffiti had been daubed outside their house; the children had been repeatedly abused; a cross wrapped in ham had been placed outside their front door and the father had found one of his sons plotting escape routes on his computer.

Even if the prime minister were unaware of these and similar incidents, he should have been well aware of the extent to which anti-Muslim ideas permeate public debate, given members of his own party have even had a role in perpetuating them. Just prior to the abandonment of Chipping Norton’s first mosque, for example, a Conservative councillor in North London was expelled from the party as a result of offensive ‘jokes’ that he had made about Muslims on his Facebook page. He is not the first Conservative councillor to have been reprimanded. Last year, a councillor took the unusual step of suspending herself after tweeting that nobody but the English Defence League (EDL) ‘sticks up for the English’, as well as messaging a twitter account, jointly run by an Asian woman, saying ‘If you don’t like it here go back to where you came from’.

Racist attacks take place on a daily basis across the UK. In the last two months alone, a Polish family living in Bradford have fled the country after a month-long campaign of abuse and harassment, during which their house windows were smashed and protection money was demanded. In Kent, a man was hospitalised by a group of youths after he asked them to stop throwing snowballs at him and his wife whilst out walking. In Brighton, a man was racially abused after he got off a bus and had a bottle smashed over his head. In Glasgow, a court has recently heard how a 10-year-old Somali leukaemia patient was beaten unconscious in a racist attack. 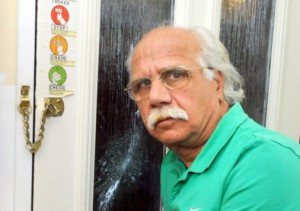 And in Wigan, a 66-year-old man has been left panic-stricken after three masked men attempted to force their way into his home and attack him. It is the latest incident in an ordeal of racist harassment over twelve years, during which time, the criminal justice system’s response has been to place one restraining order.

A selection of attacks and convictions are detailed below.

18 February 2013: A man in Sunderland was given a six-month prison sentence for repeatedly racially abusing staff in a takeaway, spitting at them and attacking one of the chefs, knocking his tooth out. The attack took place in February 2012. (Sunderland Echo, 18 February 2013)

18 February 2013: A 24-year-old man was given a twelve week suspended sentence for leaving a pig’s head outside a mosque in Leicestershire. (Leicester Mercury, 18 February 2013)

13 February 2013: Matthew Osborne, 28, was given a six-month prison sentence for a vicious racist attack on a ‘mixed-race’ man in Cleethorpes in October 2012. The victim was beaten to the floor and, when he tried to rise to his feet, bleeding from his nose and ear, he was knocked down again. (Grimsby Telegraph, 13 February 2013)

11 February 2013: A court in Scotland heard how a 10-year old boy, suffering from leukaemia, was head-butted and knocked unconscious. Immediately prior to the attack, the boy, who was undergoing chemotherapy at the time, said he had knelt on the street and spat out chewing gum as he felt sick. The attacker was then said to have charged at him, shouting racist abuse and knocking him unconscious as he tried to flee. (STV, 11 February 2013)

5 February 2013: Two men and a woman barged into a mosque in Hartlepool and shouted abuse at worshippers. An imam at the mosque, not present at the time, later explained ‘I don’t know what they said exactly but it was chanting. I think it was the usual sort of thing people face. As far as I understand it was having a go at nationality and religion and they eventually left.’ (Hillingdon & Uxbridge Times, 19 February 2013)

5 February 2013: A Coventry City fan was banned from attending matches for three years for making noises and calling a player a ‘n****r’ during a game against Stevenage. (Covsupport News Service, 6 February 2013)

4 February 2013: Essex police suspended a Facebook appeal asking for information about the vandalism of a local mosque after the page was deluged with an ‘unprecedented’ number of racist comments. The police force said that it would review its social media policies. (Police Oracle, 5 February 2013)

4 February 2013: Three people appeared in court in Edinburgh, charged with a ‘racially prejudiced offence’, after bacon was thrown against the city’s central mosque. (Scotsman, 4 February 2013)

2 February 2013: A man in Brighton was racially abused in the early hours of the morning as he got off a bus with friends. In a fight which followed, the man was hit over the head with a bottle by his three attackers, who then fled. (Brighton and Hove News, 4 February 2013)

February 2013: A Polish mother living in Bradford had to flee the country with her three young children after a campaign of racist abuse. Bricks had been thrown through their windows and their attackers had demanded protection money from the family. (Bradford Telegraph & Argus, 19 February 2013)

February 2013: A 66-year-old man was left ‘panic-stricken’ after a group of masked men tried to break into his house and attack him. The incident was the latest in a twelve-year ordeal of ongoing racist harassment. The man said that it had got to a point where he no longer wanted to be in his own home, as ‘if people see me, I get abused’. (Wigan Today, 7 February 2013)

February 2013: Plans for a mosque in Chipping Norton were abandoned after the owner of the building was threatened by someone who said they intended to burn the premises down. The owner also said there was ‘strong opposition’ from locals.  The prime minister said he was ‘disturbed’ by the incident, which took place in his constituency. (Daily Mail, 16 February 2013)

February 2013: The Football Association of Wales launched an investigation after a black junior football team coach complained that he had suffered a year-long ordeal of racist abuse by children’s parents. The coach says he was called a ‘black b*****d’, a paedophile (after trying to introduce a black player into an all-white team) and on one occasion was attacked whilst out jogging. (Daily Mirror, 15 February 2013)

28 January 2013: A man was given a community order for racially abusing a takeaway worker in Essex and throwing a brick through the window of the building in July 2012. (Exeter Express & Echo, 31 January 2013)

27 January 2013: A man racially abused two Arabic students standing on a platform at Newcastle train station before going to the train station bar and boasting of his actions. Staff in the bar challenged the man and evicted him from the premises. (York Press, 6 February 2013)

27 January 2013: An Asian woman was hit over the head in an unprovoked attack on a street in Colchester. As she fell to the floor, her attacker shouted racist abuse. (Colchester Gazette, 3 February 2013)

26 January 2013: After being racially abused and beaten by a group of teenagers, for not taking part in a snowball fight, a nine-year old girl wrote a letter describing her ordeal. 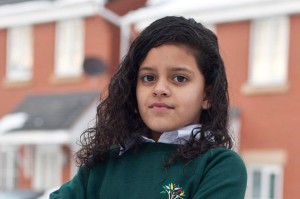 It began ‘I wish I could talk to someone to describe how it feels being a young, beaten, black girl.’ (Daily Mirror, 26 January 2013)

25 January 2013: Police issued CCTV footage after a student was racially abused and beaten after a night out in Norwich. The victim had to go to hospital the following day and a few weeks later had an operation to straighten his nose. (Norwich Advertiser, 25 January 2013)

21 January 2013: A teenage girl was given a prison sentence for her part in a brutal racist attack on a woman wearing a hijab in Glasgow. The attacker and her 28-year-old aunt set upon the victim and also beat her friend who was five months pregnant at the time. (BBC News, 21 January 2013)

20 January 2013: A 33-year-old man, walking with his wife, asked a group of youths to stop throwing snowballs at them. He was then racially abused and attacked, and required hospital treatment with broken bones in his face. His wife was also attacked. (Huffington Post, 20 January 2013)

16 January 2013: Stuart, the brother of Stephen Lawrence, murdered in 1993, received a racist threat after complaining that he had been stopped by the police on twenty-five occasions. The threat was sent to the Stephen Lawrence Charitable Trust in London. (Scotsman, 23 January 2013)

January 2013: A Muslim family were forced from Bingham, an area in Nottingham, after a campaign of racist abuse and harassment. The abuse began soon after the family moved into the locality and lasted several months, during which time one of the children resorted to planning escape routes online as he was so terrified. (BBC News, 31 January 2013)

January 2013: A woman in Reading was given a community order for her part in what was described as a ‘racist rampage’ in May 2012. The woman and her partner had set their dogs on a family and smashed one person’s head against a car. When a neighbour tried to intervene, the woman’s partner punched him and fractured his eye socket. For his part in the attacks, he received a 30-month prison sentence. (Get Reading, 30 January 2013)

The IRR’s Racial violence: facing reality can be downloaded here.

It is very disturbing to read the level of abuse inflicted on individuals purely due to their ethnic/religious background. Radical measures need to be taken to wipe out such incidents, everyone has a right to live their lives free from fear. Additionally more needs to done to highlight the issue in the media.

Multiculturalism is not about integration but about cultural plurality. It is not about separation but about respect and the deepening awareness of Unity in Diversity. Each culture will maintain its own intrinsic value and at the same time would be expected to contribute to the benefit of the whole society. Multiculturalism can accommodate diversity of all kinds – cultural, philosophical and religious – so that we can create a world without conflict and strife. Britain can assume the role of accommodation and concern for all peoples, for our planet and indeed for our survival. Multi-culturalism is even more important and crucial after 9/11 and 7/7. Muslim youths are also likely to feel alienated by a focus on shared Brutishness, rather than multicultural diversity. Rather than promoting a single British “us” teaching should acknowledge that “us” can be diverse and plural. Children should be encouraged to explore differences in appearance, history and religion to reduce social and educational fears. The pressures of multi-culturalism, racism, bullying and Islamophobia have forced the Muslim community to set up their own schools.There are hundreds of state and church schools where Muslim pupils are in majority. In my opinion all such schools may be opted out as Muslim Academies with bilingual Muslim teachers as role models. Such schools will be able to satisfy the needs and demands of the Muslim children and their parents.
IA
http://www.londonschoolofislamics.org.uk