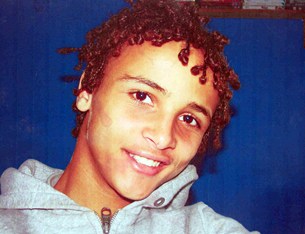 A family have thanked Sussex police for tracking down a soldier who nearly killed their teenage son in a vicious unprovoked racist attack.

One drunken punch was all it took to put 15-year-old Mohammed ‘Mo’ Bourner in a coma: a punch of such sheer ferocity that his head smashed first into a car bonnet and then on to the pavement. He suffered 90 per cent brain damage, with injuries so serious that the doctors who initially treated him thought he would not survive. That he did, after spending weeks on a life-support machine, was down to a combination of his will to live and the intensive, dedicated work of doctors and nurses in several hospitals. The teenager survived two life-saving operations. Were it not for these, he wouldn’t have been able to begin breathing unaided, as he did, just a few months after the attack. Nor would he have been able to raise his fist, as he did, nine months later, sat up in a wheelchair, upon hearing that his attacker had pleaded guilty in court.

Mo was attacked in the seaside town of Bexhill-on-Sea on 29 October last year whilst walking home from a beach party with his friends. Two men approached them, and one reportedly said ‘Oi boy come over here – you need someone to teach you a lesson’ before targeting him. There was no provocation, no altercation. They didn’t know one another. As the boy’s father later explained, it was ‘senseless’.

Bexhill is a quiet town with a population of not much more than 40,000 people. According to Joy Hughes, a local district councillor, it is a ‘peaceful’ place where many of the residents are retired. It is exactly the sort of town where news travels fast and where many people know each other. And after the attack on Mo, an online appeal for information about the perpetrators was launched by friends and family. It was through this appeal that bits and pieces of Mo’s life were brought to wider public attention. He liked BMX bikes, music and wrote poetry. He was popular with friends. The support that came from within the town and the villages dotted around it showed how much his plight touched others. Thousands of pounds in donations came from schools, neighbours, residents, community centres and local shops. Much of it went towards a specialist wheelchair and modifications to his home in order to accommodate his needs. Some of it went towards rail fares for his friends to visit him in hospital.  It was an example of common humanity, where people touched by someone else’s pain do something, even the smallest thing, to help.

But despite this groundswell of support, information about the attack was not, at first, forthcoming. And the reason for this, or at least part of the reason, was because one of the men involved in the incident intimidated a key witness. 25-year-old Jack Carrick, a friend of the man who punched Mo, texted and made phone calls to a teenage girl who had seen what happened, bullying her to the extent that she retracted a statement she had made to the police. There were fears that other teenagers would also be too afraid to come forward, and that was why the police took the unusual step of setting up a Facebook page to encourage young people to divulge what they knew. It was also why the case ended up on the BBC’s Crimestoppers, and after this, why one name kept cropping up again and again: Ashley Dacosta, a 20-year-old soldier based at Windsor Barracks.

The people naming Dacosta as the attacker were right. Secretly recorded phone calls made between him and Carrick after the event showed them attempting to concoct a story that Dacosta had acted in self-defence, and that the teenager whom he had almost beaten to death was the aggressor.  It was a cowardly, vindictive plan which sought to deflect responsibility for the attack away from the man responsible, and aim it at a boy who, at that exact time, was barely clinging to life, hooked up to numerous machines in a hospital bed. The phone calls also made clear that Dacosta had targeted the teenager because he was black. ‘[The] recordings … revealed racist and repugnant comments that proved your attack on Mo was racially motivated’, a Judge told Dacosta in court.[1] Libby Clark, a senior Crown Prosecutor agreed, suggesting that ‘the evidence showed how racism was a part of everyday conversation…’ and going on to explain ‘The unprovoked assault left the young victim with exceptionally serious injuries, which have utterly changed his life. Although Dacosta eventually pleaded guilty to the racially aggravated assault charge, prior to that, he and Carrick made every effort to try and ensure that justice was not done.’[2]

So has justice, in the end, been done? On 30 July 2012, Jack Carrick, for his role in the attack, was sentenced to two years’ imprisonment for witness intimidation. Ashley Dacosta was sentenced to four-and-a-half years in a young offenders’ institution for racially aggravated grievous bodily harm with an additional eighteen months for perverting the course of justice. ‘Given the seriousness of the offence’, says Joy Hughes, ‘the sentence seems light’. The Crown Prosecution Service (CPS), meanwhile says it cannot comment on the sentence given. Either way, in a few years a man will be released from prison for nearly ending someone’s life and in the meantime a teenager begins his slow recovery from a violent, pathetic attack from which he may never fully recover. This is the reality of Britain’s racism.

i hope he has to pay compensation and work all his life for mo.

get well soon dont give up