For the sixteenth year, families and friends of those that have died in custody marched on Downing Street at the weekend. 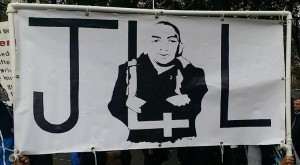 Behind the banner of the United Families and Friends Campaign, new families were walking in the procession including the family members of Rubel Ahmed, who died in Morton Hall immigration removal centre earlier this year and the family of Leon Briggs who died in Luton police custody. As usual though, there those who attend the march year after year: the families of Ricky Bishop, Mikey Powell, Sean Rigg, Habib Ullah, Olaseni Lewis and Joy Gardner. There were also the families who have joined in recent years such as the relatives of Mark Duggan and Thomas Orchard. 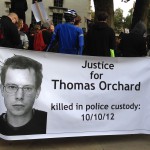 The noisy protest at Downing Street gave the many assembled families the chance to speak about their loved ones and their more-often-than-not questionable deaths. 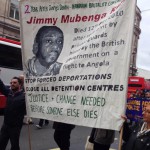