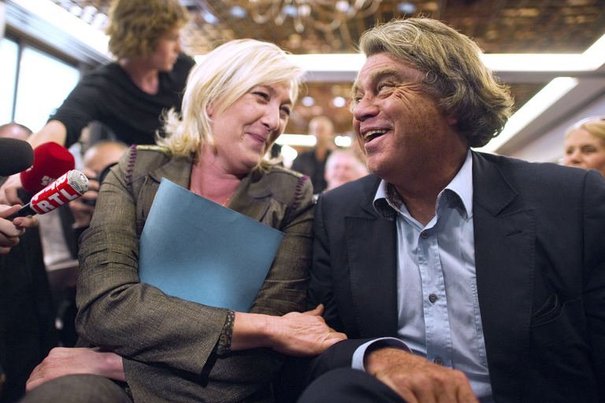 A Facebook campaign was set up denouncing the prosecution of a French couple motivated by anti-Arab racism.

On the night of 4-5 August, in the small town of Aigues-Mortes, Gard, William Vidal, a fireman, and his wife Monique Guindon were driving slowly past a group of young people of north African origin chatting in front of a grocer’s shop, who asked them if they needed directions. Vidal and Guindon drove off, then returned with a hunting rifle. They chased the youths in their car, while Vidal fired a dozen shots at them, shouting ‘No Arab is going to give me directions in my own country’, as his wife reloaded his rifle. Two shots hit a car in which a woman was driving her young daughter home, and four more hit one of the youths in the shoulder, the back and legs. One of the young people said ‘It was terrifying. I thought I was going to die. The woman was shouting “Run, run!” and laughing. It was like a manhunt.’

Under the French system of comparution immédiate, the prosecutor can fast-track a trial, in certain circumstances and if there is compelling evidence against the accused. Thus, on 6 August, when the couple appeared in court, they claimed that Vidal only fired into the air and that he was not motivated by racism but was responding to insults from the youths. It was revealed that they had been drinking, and their testimony was contradicted by thirteen witnesses. They were found guilty of violence with firearms and incitement to racial hatred. Vidal was sentenced to four years’ and Guindon to two years’ imprisonment, with the sentences longer than normal because of the racial element. They have lodged an appeal, and days after sentencing, a Facebook campaign was launched to support the couple. An internet petition against their imprisonment attracted 800 signatures in a few days (although there were only 281 signatories left by 28 September).[1] Supporters say their imprisonment means separation from their children, who may have to go into care, and point to the medal Vidal received for saving a child from drowning. But the quality of the support for the couple is demonstrated by the fact that the Facebook page had to be closed after a week because of the level of violent racist sentiment it attracted.

The online petition claims that justice ‘varies according to the origins, race and religion’ of the perpetrator. In this it echoes the sentiments of many locals who claim that the couple are victims of ‘reverse racism’, expressing comments such as ‘they’re too soft on the Arabs and too hard on the French’. In turn, the locals are merely regurgitating an ‘anti-white racism’ thesis which has been circulating in France since at least the 1990s, thanks not just to the FN but to a whole host of New Right media pundits such as Alain Finkelkraut, who have popularised a nativist mythology that draws its power from everyday fictions about white victimhood as well as urban myths about ‘Arab’ crimes. More recently, in May this year, the FN called for the introduction of a new law against anti-white prejudice, justifying its necessity on the grounds that little old ladies were being terrorised by being called names like ‘chalk face’. Then, in September, Jean-François Copé, who is seeking to replace Sarkozy as the leader of the conservative Union pour un Mouvement Populaire (UMP), released to Le Figaro extracts from a new book in which he claimed that ‘anti-white racism is developing in neighbourhoods of our towns where individuals – some of whom have French nationality – express contempt for French people, calling them “Gaulois” on the basis that they are not of the same religion, the same skin colour or the same origins as them.’ The FN was furious, claiming copyright on the phrase. ‘It’s cut and paste’, declared FN leader Marine Le Pen.[2]

Robert Gelli, public prosecutor for Nîmes, says of Vidal and Guindon’s actions that ‘people have overlooked the seriousness of the crime – such a level of violence that it could have turned into carnage’. The affair has triggered an outburst of racist sentiment locally. Racist slogans were chanted in public in Cailar, a nearby village, on 5 August, and a video was put on the internet showing youths chanting ‘We’re not having those scum in our country’ and ‘we are the fachos’. An old man told a journalist from Libération that ‘the Arabs should all be massacred’, and others sitting round him agreed, one giving the Nazi salute. The youths at the centre of the case, the victims of the shooting, now feel threatened. One says ‘It’s as if we are the guilty ones. We’re being held responsible for putting them in prison.’[3]

Gelli expressed his concern at the increase in racist language and acts since Gilbert Collard, the long-time lawyer for the FN, was elected as the National Assembly deputy for the second constituency of the department of Gard with 40 per cent of the vote. Gelli said there was a new licence to attack the north African Muslim population by word and deed; ‘racist sentiments hidden for years are now expressed publicly’. Anti-racist group Mouvement contre le racisme et pour l’amitié entre les peuples (MRAP) praised Gelli for his stand, and commented that the attack is a predictable result of the racist and xenophobic election campaign.[4] In an article on its website two weeks after the attack, it quoted a local councillor, ‘When social and economic difficulties weigh on this Camargue area, it’s fashionable to blame others. Hatred of the “other” has grown.’ In the first quarter of 2012 unemployment in the department reached over 13 per cent. The Right has exploited these difficulties for electoral purposes, creating a climate conducive to such acts. One indicator of the level of racism in France is the annual survey of the National Consultative Committee on Human Rights (CNCDH) created in 2009. According to its last survey, published in March 2012, 2011 saw an increase in mistrust of Muslims: 51 per cent of those asked believed that they form a separate group (up six points from 2009) and 59 per cent believed that there are too many immigrants in France (up 12 points).

MRAP is closely monitoring events in the areas where the FN vote was high, and has announced that it intends to intervene as a civil party in the couple’s appeal, in order to lend support to the victims of the shooting.