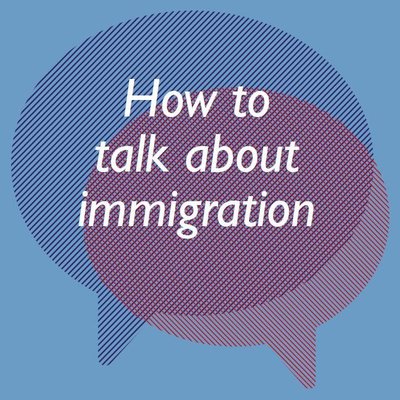 The emphasis in British Future’s recent report on How to talk about immigration appears to take us back to outmoded and discredited arguments about measuring tolerance and attitudes.

Way back in 1970, the unreformed policy-oriented Institute of Race Relations heralded the arrival of a new folk hero. ‘The psychology of race relations’, its researcher proclaimed, had uncovered the existence of ‘Tolerant Man’ as opposed to his counterpart, ‘Prejudiced Man’.[1] And it was the job of policy-makers to foster the conditions in which the former could flourish, increasing cooperative behaviour with the ‘coloured population’.

This revelation, based on Adorno-style psychological theories of prejudice and tolerance, and buttressed by attitude surveys carried out by the IRR (which were contested even at the time for their validity) had nothing to say to those facing the brunt of state and popular racism in Britain. Nor were they meant to. They were designed to be of use to those concerned with the ‘problem of race relations’, not the reality of racism. ‘Attitudes and environmental factors are two ratios’, researcher Marsh explained, ‘which when multiplied would give a value of either greater or less than unity – unity being the threshold of tolerance.’ And some four-and-a-half-decades later, the search for this comfortable ‘threshold’ continues.

Reaching out to the ‘Anxious Middle’

Last month the organisation British Future published a report entitled How to talk about immigration, utilising several years of polling research on immigration (some of which it had commissioned). With echoes of Tolerant and Prejudiced Man, How to talk about immigration says attitude research identifies sociological ‘tribes’ around identity, race and immigration. A quarter of the population, it says – predominantly older white males who feel ‘left behind’ – can be classed as ‘rejectionists’, wanting to significantly reduce or stop immigration. Another quarter are ‘migration liberals’, generally younger, comfortable and metropolitan, believing that immigration has been good for the UK. In the middle, some 50 per cent of the population, are the ‘anxious middle’. They are neither ‘pro’ nor ‘anti’ in the ‘immigration debate’, British Future says, but ‘worried about the pressures brought by large-scale immigration [whilst understanding] the benefits too.’ The anxious middle are said to be ‘up for a sensible conversation about … immigration’. And ‘any politician seeking majority approval for their approach to immigration must reach outside their core support, engage the Anxious Middle and convince them they have an answer’. Ensuring their fears are assuaged, in other words, is key.

How to talk about immigration is not aimed at any specific political party or advocate, but to many. Lessons are given to ‘liberals’; pointers are given to certain ‘migration sceptics’ (‘only with migration sceptic voices which make significant contributions to mainstream political and policy debates’). Frameworks are set out for all. Labour is warned that ‘most people felt that [it] was too slow to respond to concerns about the pace and pressures of migration’; that it should stick to the ‘social democratic reasons to address the pressures of migration’ (such as discrimination and exploitation in the workplace); that the importance of cultural identity and Englishness is ‘still missed by too many Labour voices’. The Conservatives are told that they are unlikely to be able to outflank populists in ‘pursuit of the most anti-migrant minority’; that ‘they sound like themselves’ when they praise those who come to Britain to ‘contribute positively, whilst being strict on welfare dependency’; that it is ‘natural that Conservatives would worry about the pace of cultural change, and to uphold national identity…’. The Liberal Democrats and Green Party are advised to ‘remain a clear voice for protecting Britain’s core humanitarian obligations’, but (in the case of the Liberal Democrats specifically) that ‘it would be a mistake for the party to measure the purity of its liberal conscience by the unpopularity of the principled and defiantly unpopular positions it can strike’. Ukip, meanwhile, is warned that whilst its ‘messages are pitch perfect for many of the “left behind” quarter of British society’, it faces difficulties securing its aims in getting Britain to leave Europe without the support of ‘Britain’s moderate majority’.

All this is based on polling around a set of ‘public interest’ tests ‘for an effective migration policy’. Is it better for Britain for migrants to come for a few years ‘without integrating’ and then ‘go home’ after a few years, or put down roots, integrate and ’become one of us’, the polls ask. Do ‘you agree that the government should insist that all immigrants should return to the countries they came from, whether they’re here legally or illegally?’ Should ‘we welcome anyone who comes to Britain and not deter them with border controls?’ Should Britain have as much immigration as possible, as little as possible, or that which is in Britain’s best economic interests? It is through such interrogation that the temperature of the public mood is taken, and the ‘moderate majority’ is to be ’unlocked’.

As journalist Chris Hedges has pointed out, such polls reduce complex issues to sound-bites, readily packaged, easily absorbed.[2] Yet opinion polls and focus groups appear to have become the de facto methodology for measuring ideas about immigration, not dissimilar to the manner in which a marketing team tests consumer attitudes before selling a product. British Future is by no means alone. But like others, rarely ventures onto terrain about the vested interests behind the framing of a particular sentiment towards immigration. Thus it reflects the narrow space between power elites and the media, parroting back what they want to hear and packaging this as public opinion, in turn appealing to the institutions of creation to respond to it – a kind of echo chamber masquerading as democracy.

It is in this context that British Future appeals for political parties to restore public trust over immigration. But how can this be divorced from the deep-rooted mistrust of politicians – itself the outcome of a political class treating entire communities with contempt, sacrificing workers’ protections, eviscerating manufacturing? Views on immigration are treated as something apart. And what does lack of trust mean? For British Future it stems from not following through on promises such as the Conservatives’ failure to meet its targets of reducing migration from the hundreds to the tens of thousands. But a lack of trust could also be induced by misinformation. The head of the UK Statistics Authority, for example, felt compelled to correct the prime minister’s claim that three-quarters of jobs now go to British workers rather than mostly going to migrant workers.

The point is that the questions are selective and loaded. Imagine if the pollsters asked:  Do you have any concerns with the fact that the media lies about immigration – such as when the Sun fabricated a story about 600,000 ‘benefit cheats’ – which then drives political parties in terms of policy direction? Do you think that the government’s recent decision to let thousands of migrants drown at sea every year, as it believes saving them may act as a pull factor, equates to complicity in routine death in your name? What ‘tribes’ would result then? What would they tell us about people’s anger, grief, or indeed lack of? We will never know.

Though the report acknowledges that ‘[s]tructural discrimination needs more attention’, in a rare recognition of a world beyond polling, it goes on, ‘it is, however, beyond the scope of this pamphlet, which is primarily concerned with immigration discourse.’ That, though, is the point. Discourse is treated as an end in itself, as an object to be influenced by opinion formers and politicians, presumably thereby affecting change. But by changing discourse you do not actually change discrimination and injustice; whereas by changing reality, you might change discourse.

Easing us into tolerance – the ‘sensible’ debate

Opinion polls, of course, can be used to reveal changing perceptions over time. But when they are divorced from the context from which they are derived, they can mystify. They reduce structural issues to individualised concerns. British Future devotes part of its report to a lesson on how unfair and ultimately counter-productive it is to assume people are being racist when they are concerned about immigration, saying most people are not. Britain is ‘a significantly less racist society today’, the report argues, citing the fact that more people are comfortable with ‘inter-ethnic marriage’ than a few decades ago as evidence. Daniel Hannan MEP is quoted, saying that the ‘casual racism of the 1970s and early 1980s is today almost unthinkable’. And whilst this does not mean racism has disappeared, the report says – given that its polling suggests nearly one-in-four people ‘take a “shut the border” view, even extending to “send them all back”’ – these views ‘do not represent what most people think’. Consequently, ‘it does not make sense to “call out” something as racist when it is not, consensually, seen as racist’. Doing so could damage ‘anti-prejudice norms’.

‘Norms’ are key to talking about immigration from this perspective, where racism is reduced to prejudice, and prejudice equals attitudes. Providing an example of how they work in practice, the report shows how the Sun recently rounded on Ukip’s Nigel Farage after he made negative comments about Romanian migrants, with the paper saying ‘It is not racist to worry about the impact of millions of migrants on Britain. It is racist to smear Romanians for being Romanian.’ Here, it is claimed, is a ‘good example of how messengers matter’. The Sun had protected a ‘majority norm’, apparently, by criticising Farage, after he crossed ‘the line’. So the Sun  is now the barometer of what is and isn’t racism?

This is not to be facetious, nor is it to focus on the Sun in particular, but to show how facile such discussion on the prejudice scale is. By reducing the world to discourse, changing the terms of discourse is all that is left. Assuaging the moderate majority is vital, the report argues. And it cites the fact that ‘most people felt that unskilled migrants, whether they came from Eastern Europe or from Pakistan, were bad for Britain’ as proof that ‘most Britons take a broadly colour-blind approach…’ 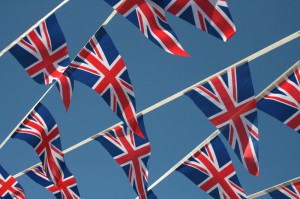 ‘Britain’s message to migrants should be very clear’, the report concludes. ‘We have shown that you don’t need to be born here to belong fully to our society but there are some things that we definitely expect. You do need to speak our language, to obey our laws and to work hard and pay into the system. Do that and you’re welcome to be one of us: it’s only fair that we treat you and your children as equally British.’ This, ultimately, is what sensible debate on immigration is said to look like. One in which the entire set of forces which encourage or compel people to move are magically wiped away: where Britain gets to cherry-pick the ‘good’ immigrants – the ones who can economically benefit right away whilst wrapping themselves in a Union Jack, a St George’s Cross, or whatever symbol the moderate majority choose as necessary to ‘join the club’. Here, it seems, is the new threshold of tolerance.

Isn’t the point here that the 1970s’ tepid racial harmony-style/tolerance-enhancing ‘race relations’ approach got blown out of the water by the struggle by black communities against racism. It was black struggle, in other words, that served to redefine what (rather than who) the problem was – state-sanctioned racism. British Future is not just returning to old, discredited ideas and tolerance measurements but effectively denying forty years of struggle.