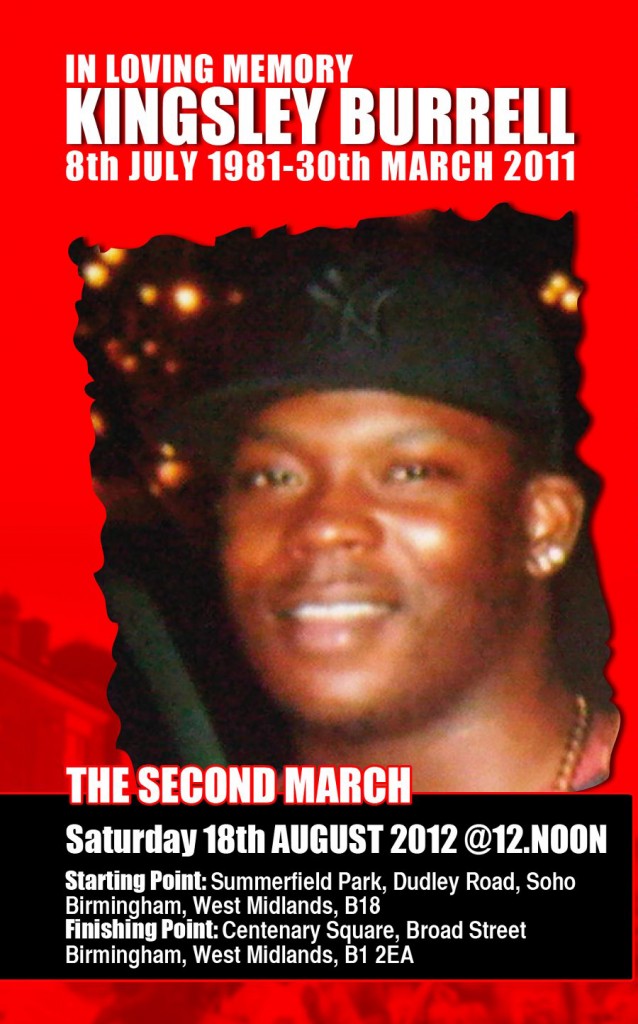 The Campaign for Justice for Kingsley Burrell will be holding a second march for justice on 18 August in Birmingham.

The family and their supporters are angry that Kingsley’s body has not yet been released sixteen months after his death in March 2011. They do not understand why Kingsley died after being detained by the police and sectioned under the Mental Health Act, following his call for assistance when he felt intimidated by a group of young men as he was walking with his 5-year-old son.

Earlier this year, Kedisha Brown-Burrell, Kingsley’s sister, told the Birmingham Mail that: ‘It’s been a painstakingly difficult, frustrating, and emotionally overwhelming for the family to begin to come to terms with his death. Especially, not being able to lay his body to rest, not knowing the sequence of events that led up to his death and how he died.’

The demonstration will start at noon in Summerfield Park, Birmingham close to where Kingsley was originally arrested and will march to the centre of Birmingham.