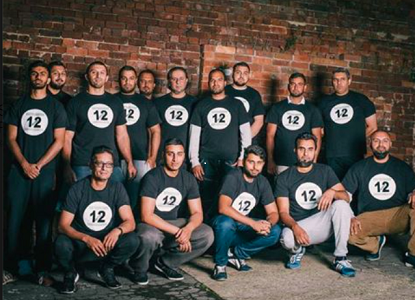 Below we reproduce a statement made by the Rotherham 12 Campaign following not guilty verdicts on 16 November.

We want to thank the jury for delivering resounding Not Guilty verdicts for all the defendants in this case.

The verdicts are a game changer, and they will have immediate and long term consequences for race relations in the region and nationally.

The jury, as representatives of the local population, have understood the impact of race and religious hatred fuelled by far right groups on the Asian Muslim residents of Rotherham. They have also understood the need for communities under siege to defend themselves when facing intolerable levels of racist threats and violence. That the racist killing of Mr Moshin Ahmed was a death too many.

Apart from the actions of the far-right groups, our anger is reserved for South Yorkshire Police and the Crown Prosecution Service. The prosecution evidence clearly acknowledged that far-right groups were intent on causing community divisions and segregation, deliberate fear and intimidation and terror through perpetual acts of violence and murder. Instead of protecting the Asian Muslim community, the police too turned against us. It beggars belief, knowing what the police and the CPS knew, that the defendants were even arrested, never mind charged and dragged through a trial. On the day of the demonstration, 5 September 2015, the police led the local community towards danger and left them unprotected.

Public confidence in South Yorkshire Police is at an all-time low. It can only be regained if there is a rigorous independent inquiry into their conduct and behaviour into this case and other well known cases. Unless the police change their mindset and treat people with respect nothing will change.

Finally we want to thank our excellent legal team, led by Michael Mansfield QC, and our supporters – black and white, men and women, young and old, local and national. Without them our life and pain would have been unbearable.