A new book of Peter Blackman’s poetry gives this forgotten black British campaigner his due. 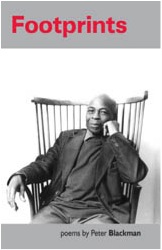 I met Peter Blackman over forty years ago, when he was my age now. It was by accident, at Willesden Junction railway yard where we both worked. I remember I offered to sell him a socialist newspaper, interrupting him getting changed, and was silenced with surprise by both the tone and content of his reply. ‘Marxism I have always considered superior to bourgeois liberalism’, he began. His accent was both BBC English and ‘West Indian’. Nobody in our yard spoke like that, did they? He was a living contradiction – a political philosopher and Black railway worker. Only several years later did I discover who it was who had so politely declined my invitation to ‘buy a paper, mate’, and gone on to give me a brief education in socialist politics. Unknown to me, and most of the Left then, Peter Blackman had been a Caribbean leftwing activist and poet since he was 28, when in 1937, he had moved from his home in Barbados to live in Britain. Indeed, his radical anti-racist career had started with his defiance of the Church in Gambia in 1935, where he had been sent as a priest. He had challenged his bishop over the lower pay received by black missionaries compared with Europeans, resigned the Church and returned to Barbados.

Not long after his arrival in Britain he joined the Communist Party, which called for the independence of the colonies. He became a leading activist and writer working in a range of organisations: the Negro Welfare Association, the League of Coloured Peoples, the Committee for West Indian Affairs, the League Against Imperialism. Turned down for the armed forces during the Second World War, he worked assembling Wellington bombers.  He also broadcast regularly on the BBC to the West Indies, but with the advent of the cold war he was virtually banned, his BBC file being marked ‘politically suspect’. His writing included poems, the most well known being ‘My Song is for All Men’, published in 1952 as a 20-page pamphlet.

Poet, leftwing activist, anti-colonial campaigner and broadcaster: I had no idea back in 1970 who this self-effacing railway worker was. But Peter Blackman isn’t lost; not anymore, not now that a short collection of his poems has been published. The importance of this collection is not just in making available a forgotten poet, though that is reason enough to thank the editor, Chris Searle. This collection is sandwiched between a wonderful biographical essay and the text of a speech Peter gave on art and anti-racism and anti-fascism in 1980. Chris Searle has rescued a vibrant leftwing African-Caribbean poetic tradition here in Britain, older than most people realise, from being lost to our collective memory. Such acts of remembrance, of how our predecessors made history are more than an act of historical study. We need them to help us confirm the place radical resistance continues to hold.

The editor of this volume, Chris Searle, and Colin Prescod will speak about Peter Blackman at the official launch at the Institute of Race Relations, London, 17 October 2013. For more information, email: events@irr.org.uk.

Chris Searle is also speaking about Footprints at a joint book launch on Thursday 24 October in Leeds – thanks:

Veteran socialist educationalist and anti-racist activist Chris Searle will be at Leeds Met discussing and reading from Footprints, his new edited collection of the early pioneering Black-British poetry of the Barbadian Peter Blackman (1909-93).
Leeds Met Historian Christian Høgsbjerg will reveal the long-lost anti-imperialist play written by the Trinidadian C.L.R. James (1901-89) Toussaint Louverture: The Story of the Only Successful Slave Revolt in History. Toussaint Louverture was the heroic leader of the Haitian Revolution who Blackman also paid tribute to in his poetry. James’s play, newly edited by Christian Høgsbjerg, was last performed in London in 1936 with the American star of the stage and screen Paul Robeson in the title role, the first time black professional actors appeared on the British stage in a play by a black playwright.
This event is free and open to all. No Booking necessary.