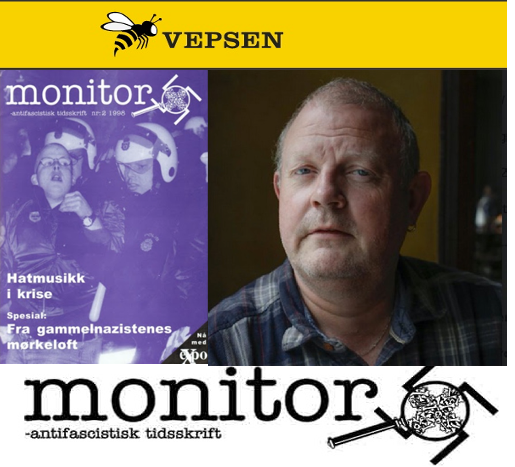 On the occasion of Tor Bach’s funeral, the coordinator of the Anti-Fascist News Network, which unites anti-fascist researchers in Canada and Europe, remembers a humble man and dedicated anti-fascist. We publish below the message read out at Tor’s funeral:

On behalf of anti-fascists in 25 countries, we wish to convey our most sincere condolences on this indescribably sad occasion.

The passing of Tor is a colossal loss to the international movement of resistance to fascism, racism, antisemitism and hate prejudices. 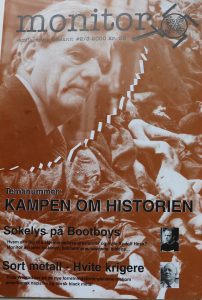 Tor was a great comrade some of us worked with for 27 years. An exceptional researcher and journalist, he turned the anti-fascist magazine Monitor into a real weapon and, later, worked alongside others to produce the online Vepsen. These endeavours focussed on politically destroying the fascists. And they did!

He never flinched from difficult political tasks and from working with people who did not share his core politics. For him, history, the past, was essential to understanding the present and deciding action in the future.

Anti-fascism, he believed, was locked in the long game. A struggle that would never be over. His hatred of fascism, racism and antisemitism was of a special vehemence, rooted in the working class movement and, paradoxically, in its heaviest defeats in Germany in 1933 and, later, in Spain.

Tor was a real mensch, intensely proud of his partly Roma heritage and…… of his grandmother’s unrelenting insistence on being on the alert to fight capitalism and fascism.

He was an internationalist to the marrow, enthusiastically co-operating with anti-fascists across frontiers. His sharing of information and intelligence won him numerous friends on the international scene. So did his warmth and ready sense of humour.

Despite his personal generosity, he lived most of the time in economic hardship, never took credit for himself, mostly shouted at the dog and was utterly committed and devoted to the cause: a real internationalist socialist who just got on with the job of fighting hate prejudices and rarely complained at how it exhausted him.

A self-taught, well-read intellectual, Tor understood people and was quick to spot the difference between fighters and fakers. He was also a superb orator who could keep an audience of young people spellbound, later carrying that understanding into his work training young migrants in the skills of outdoor life.

There was so much to him. And he is no longer here.

Salud! comrade and friend…you were one in a million. We will miss you terribly and never forget you

He was a dedicated comrade and honest fighter.
Fabian

When, back in 2014, I was researching Exit programmes for white supremacists in Europe, Tor, who had a background in youth work, gave me a lot of help and insights. What struck me then was how the work he had done in the community, for no acclaim, showing young people a different path than racism, drawing them away from the fascists, was a thousand more times effective and accountable than the work done by highly paid individuals within super-mediatised counter-extremism programmes.  We should do more to highlight the work of people like Tor.

I met Tor the first time in Tromsø, Norway when he worked for the magazines Monitor and Vepsen. We were all impressed by his lifelong commitment as an antifascist, antifascist and as a youth worker.
There will be silence after his strong voice, But the message Tor gave us will remain and continue to inspire us !

We will never forget Tor, our dear friend and comrade. Thank you for many years of support and cooperation. RIP.
‘NEVER AGAIN’ Association, Poland