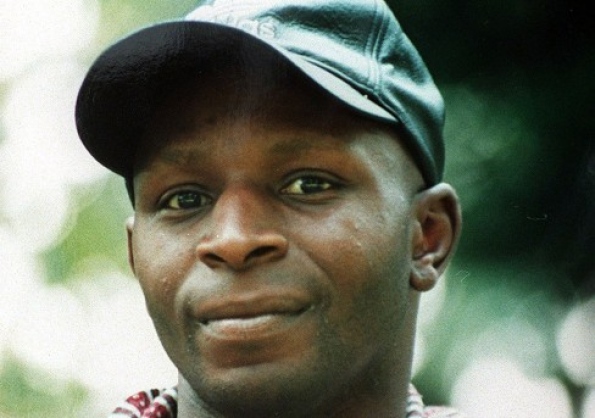 On Sunday 1 April, the family of Christopher Alder will hold a silent vigil outside Queens Road police station in Hull, where he died in custody in 1998.

Fourteen years on, supporters and campaigners from across the UK will join the family, in marking Christopher’s death and making  a renewed appeal for justice. Later that  day at a public meeting Janet Alder (Christopher’s sister) and the families of others who have died in custody will speak.

On 1 April 1998, Christopher sustained a head injury in a scuffle outside a club and was taken to the Hull Royal Infirmary. At the hospital, after he became confused and uncooperative (probably as a result of the head injury),  the police were called.  He was arrested for a breach of the peace and taken to the police station. On arrival at the station, he was dragged from the police van and taken into the custody suite  and placed face down on the floor with his trousers around his ankles. There, he remained on the floor for a full thirteen minutes until officers realised he was not breathing. But by then it was too late.

An inquest in 2000, at which the five officers involved refused to answer any questions on the grounds that their answers might incriminate them, recorded an unlawful killing verdict.  Following the inquest, the officers, who had all already been charged with misconduct in public office, were also additionally charged with manslaughter and gross negligence. Then in June 2002, the judge directed the jury at their trial to return ‘not guilty’ verdicts as the officers involved could not be safely convicted on the evidence. After the trial, a video emerged which showed the police officers laughing and joking as Christopher lay dying (face down) on the floor of the custody suite of the police station. The Christopher Alder Justice Campaign is seeking funds to obtain a professional transcript of this video in the hope that the Crown Prosecution Service will then reconsider bringing charges against the officers involved.

The latest episode in this  horrific saga occurred earlier this year when the family found out that Christopher’s body still lay in a mortuary in Hull. But they had, they thought, already buried him years before.  It turned out that the body that had been returned to the family for burial was not Christopher’s, not even that of another black man, but that of Grace Kamara, a woman who died in Hull.

Christopher’s sister, Janet Alder, told IRR News: ‘After Christopher died we faced a long uphill struggle. We, the family, had to find the evidence the CPS needed to prosecute and they were so reluctant to prosecute. When they did, they presented the evidence in such a way that it contradicted itself. And then to find out that Christopher has laid in the mortuary for twelve years after we thought we had buried him. The lady was 77-years-old and Chris a 37-year-old paratrooper decorated for his services in the Falklands war. How can this happen?’

Vigil for Christopher Alder on 1 April 2012

Injustice: A film about the struggles for justice by the families of those who have died in police custody

What an unbelievably sickening and disgusting story.

My heart goes out to that family.

I’m going to see what I can do to help in whatever way.

Having seen Janet Alder’s speech I am very disturbed by the actions of our legal system. These actions are not good for Britain.

Janet Alder is a profound example of the kind of people Britain needs and must be offered a place in the House of Lords in order to initiate changes to this institution.