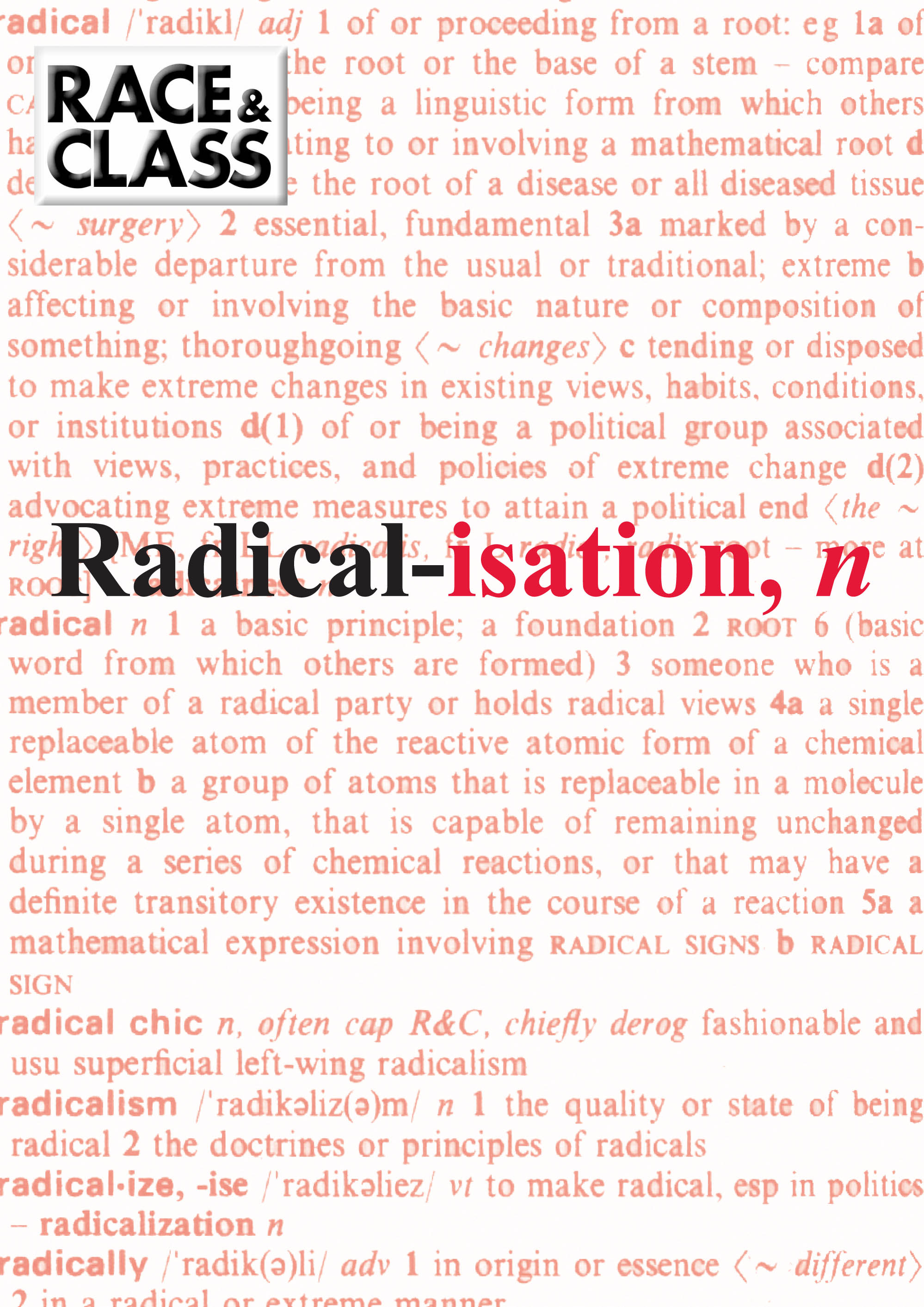 In the latest issue of Race & Class, Arun Kundnani analyses the concept of Muslim radicalisation now central in the counter-terrorism industry while Ashley Lavelle charts Eldridge Cleaver’s journey from radical ‘Soul on Ice’ to renegade ‘Soul for Hire’.

The October 2012 issue of Race & Class explores radicalism and radicalisation. Kundnani’s ‘Radicalisation: the journey of a concept’ reveals the limitations and biases of the terror industry’s scholars, while Shamim Miah shows how fears of Muslim radicalisation are being used to force the integration of ‘Muslim’ and ‘white’ schools in the UK.

Ashley Lavelle in his examination of the career of Black Panther Eldridge Cleaver, writes of what happens to erstwhile radicals when their Gods fails or the popular tide turns. Frances Webber reveals in ‘Borderline justice’ how a profession as staid as the law can be radicalised when professionals stand shoulder to shoulder with campaigners and victims.