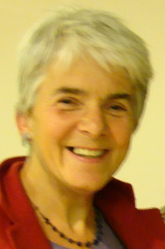 On the eve of the launch of her book, Borderline Justice, IRR News interviews its regular contributor, Frances Webber, about a life in the law.

IRR News: What took you into the law? Were you a radical who chose the law as an arena of struggle or did the law radicalise you?

Frances Webber: As a child, I loved arguing, and a family friend said I should be a lawyer. My father had wanted to go into law but couldn’t afford to, with a young family to support, and was keen for me to do it. But first, in my teens I rebelled against my Dad and went off to do all sorts of other things, but later, having worked for a time at the Institute of Race Relations in the late 1960s and travelled to Mexico, I was attracted to law as ‘politics by other means’. I saw how the law was used aggressively against African-Caribbean youth by the police with things like the ‘sus’ law, (part of the Vagrancy Act 1824), how new laws were being created to exclude  people – the Commonwealth Immigrants Act of 1968 brought in to stop ‘British’ Asians from East Africa. But I also saw how the law could be deployed to defend rights. My experience of the law over the past thirty years has confirmed its dynamic and intensely political nature.

What were the landmark events or cases which informed your commitment in the 1970s and 1980s?

FW: The first was the police occupation of Southall on 23 April 1979, which I witnessed. (I worked then, being a ‘trainee’ barrister, on a voluntary basis to provide advice at evening sessions in a community centre called Southall Rights, and we found ourselves locked in to the premises by the police.) That day over 2,500 police, with horses, dogs, helicopters were brought in, to enable a fascist march to take place, which culminated in the death of Blair Peach and serious injuries and trauma to many others. It was the culmination of years of viciously aggressive policing of anti-racist mobilisations, and a horrendous assault on the community. Over 700 people were arrested and 342 were charged. It was inspiring for me to see the community come together in the organisation of the legal defence campaign, which collected witnesses, provided transport to Barnet magistrates’ court (to where the cases had been transferred, to prevent solidarity actions) and a vigilant presence in the courtroom.

Similarly with the Bradford Twelve case in 1982, in which I acted as a McKenzie friend[1] to one of the twelve Asian youths who were charged with conspiracy to cause explosions for preparing petrol bombs to defend their community against a rumoured racist rampage. Both these events taught me the importance of community support for legal defence. 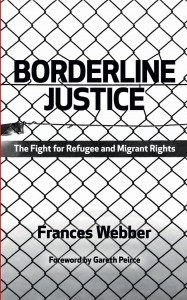 In your early career you seem to have been involved in criminal cases and a whole range of injustices, including housing matters. How or why did you end up as an immigration/human rights specialist?

FW: From the beginning I was keen on immigration law because it was so obviously political and wrought such injustice on patently innocent people. My hero was Ian Macdonald, who was one of the few lawyers involved in the anti-racist struggle at the time. He specialised in immigration law (although he also did many high-profile criminal cases involving the black community such as the Mangrove Nine, the Newham Seven as well as the New Cross fire inquest). I joined his chambers (2 Garden Court), but it was several years before I was able to do immigration cases – solicitors thought they were too hard for women!

What do you consider your most important achievements – in terms of cases?

FW: Quite early on I represented a Sikh priest facing deportation for overstaying, and took the case to the House of Lords (the precursor of the Supreme Court) with Ian, where we established the principle that a person’s value to the community had to be taken into account in deciding on deportation.  Another case, where I represented the Joint Council for the Welfare of Immigrants, declared illegal regulations depriving asylum seekers of support.  Yet another case, I think involving Albanians, established that asylum seekers coming in to the country illegally should not be prosecuted. And two cases (involving domestic violence and female genital mutilation) extended refugee protection to women facing violence.  These I’m proud of.

Presumably, given the fact that you worked on cases in the highest courts, you could have become a QC? Did you ever apply for silk and if not why not?

FW: I have to confess, somewhat sheepishly, that I did apply, once, in the late 1990s. I never applied again. You see it’s normal to apply several times before you get it. You have to prove yourself, as it were to the legal powers that be. But I hated what that first application did to change me. I saw myself becoming more deferential, agreeing to sit on committees which I would normally have had no time for, socialising with judges. It was a disturbing lesson to see how corruptible I was. So I decided never to apply again. Another problem to remember is that silks’ fees are double those of ‘junior’ barristers – which means I would have priced myself out of the market for those I really wanted to serve.

In your book are tantalising tales about cases which took on the state, and surprises when the judiciary actually opposed the executive. Overall, how do you see this struggle, especially in recent years – and was there a significant difference between things under New Labour and under the Coalition?

FW: The higher judiciary are still overwhelmingly ‘pale, male’ and old Tory – which can mean civil-libertarian, against the overweening power of the state. There are also some true radicals in the judiciary, who punch well above their weight. This combination of judges made for real battles with New Labour, and it may be that the battles then over the constitution and the separation of powers educated the judges and made them equally ready to take on the Coalition over its attempts to bypass parliament, and over continuing scandals like the inhuman detention of torture survivors and mentally ill foreign national offenders.

What lessons are there in the book for a young person going into the law today?

FW: In terms of the need for legal services, if you think the situation I’ve described in the book is bad, the legal aid cuts combined with the current poisonous anti-human rights ideology are going to make things far worse for asylum seekers and for migrants, particularly those in the country illegally or who commit offences. The need for committed lawyers has never been greater. I’ve already referred to the importance of working within a framework of solidarity – but the exhilaration of fighting – and sometimes winning – within such a framework makes for a wonderful working life. And I still love arguing.

Borderline Justice: the fight for refugee and migrant rights by Frances Webber is out now. Copies are available for a limited time at a reduced rate of £14 here

[1] A McKenzie friend assists a litigant in person in a common law court.