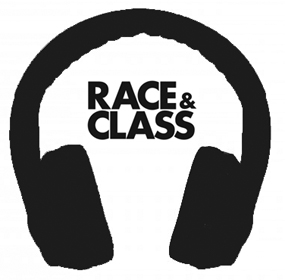 The latest broadcast of Race & Class Radio is a two-part show, featuring contributors to the January 2015 issue, Victoria Brittain and Eddie Bruce-Jones.

Victoria Brittain discusses the legacy of Ken Saro-Wiwa, executed along with the Ogoni Eight in 1995 by the Nigerian state after a protracted struggle against the ecological degradation of his homelands in the Niger Delta by oil corporation Shell. You can listen to the interview here.

Meanwhile, Eddie Bruce-Jones speaks about police brutality against non-white Germans, examining a series of controversial deaths in custody and arguing for the need to identify patterns of institutional racism in Germany. You can listen to the interview here.

Race & Class Radio airs every three months, highlighting articles from the IRR’s international journal published quarterly by Sage. It is produced by Avery F. Gordon and Elizabeth Robinson for No Alibis, a public affairs radio programme that airs weekly on KCSB 91.9 FM Santa Barbara California from 9-11 am PST and webcasts at www.kcsb.org.