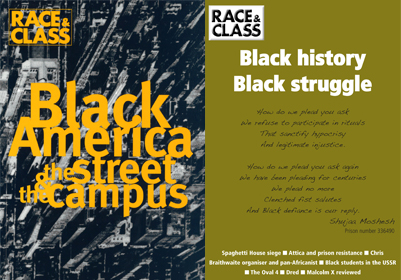 Read new and re-released material from Race & Class on black prison resistance, the role of the Black Panthers, and the influence of US rebellions on the struggle in the UK. 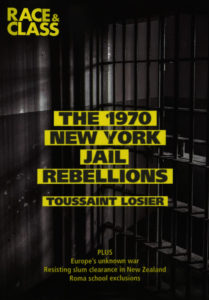 As the USA witnesses a resurgence of ‘law and order’ rhetoric, Toussaint Losier, assistant professor of Afro-American Studies at the University of Massachusetts at Amherst, publishes this month in Race & Class a double-length article based on his original research into the rebellions, which predated Attica, in New York City jails in 1970. These revolts in five facilities, against overcrowding, inhumane conditions and the practice of preventive detention – against political dissidents and those too poor to afford bail were influenced by the politics of the Black Panther Party and Young Lords Party. These radical prison movements drew on discourses of human rights, multiracial unity, national liberation and joined calls for broader social transformation, click here.

To coincide with the publication of this new research, Race & Class makes available a series of pieces on resistance to black incarceration in the USA and UK.