Given that asylum seekers are reduced to mere statistics as a matter of routine – to meet arbitrary removal targets, for example – it is ironic that when carrying another life, asylum seekers are not deemed worthy of counting. Home Office policy states that pregnant women should not be detained for immigration purposes except for in exceptional circumstances. But as Medical Justice’s new report Expecting change: the case for ending the detention of pregnant women makes clear, in practice the Home Office has no idea how many pregnant asylum seekers are detained at any given time. Nor does it appear to have any desire to find out. Consequently, the existence and experiences of these women are, for the most part, hidden away and, according to this report, seemingly of little concern.

Expecting Change documents the experiences of twenty women who have been detained in Yarl’s Wood Immigration Removal Centre (IRC), in Bedford, between 2009 and 2012. Among them are those who say they have survived rape, human trafficking and, in over half of the cases, torture. 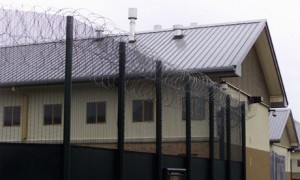 Utilising information gained from medicolegal reports and assessments, healthcare records and immigration records, it shows the impact of what amounts to a callous indifference to their collective well-being. Standards on antenatal care set by the National Institute for Health and Care Excellence (NICE) have been breached. There have been failures to carry out scans and send people for specialist assessments. Screening on reception has been inadequate. One woman developed ‘acute psychosis’ as a result of the anti-malarial medication she was prescribed prior to attempts to remove her from the UK. Another was sent to A&E after complaining of abdominal pains and, after miscarrying whilst flanked by two guards, later attempted to end her own life.

Most of the women whose cases are examined in the report were detained, according to the UK Border Agency (UKBA), as their removal from the UK was ‘imminent’. This, however, happened to only two people. The other eighteen left detention through temporary admission or bail, in the majority of cases after being classed as unfit to fly. Even under the Home Office’s own procedures, many should not have been detained in the first place. As the report explains, ‘it appears that there is a black hole in terms of how to implement [the Home Office’s] own policy of detaining pregnant women only in exceptional circumstances’.

Medical Justice demands that women who are pregnant should not be detained for immigration purposes on the basis that the policy is ineffective, unworkable and damaging. It is a demand that is being resisted by policy makers and within the immigration detention estate. One IRC doctor quoted in the report admits that ‘healthcare standards have been unacceptable’ but nonetheless argues against prohibiting the detention of pregnant women as it ‘could be inappropriate and damaging to the system we are there to support … there is a very real risk of females becoming pregnant just to avoid detention’. And where is the evidence that this is based on? ‘[T]here is no formal evidence’, he goes on to confess.

A few months ago, the courts banned the use of force when removing pregnant women from the UK. That it was the courts that had to administer this ban was down to the way the UKBA fought as hard as it could to retain the right to ‘physical intervention’ as an essential aspect of asylum policy. This alone reveals much about the brutality embedded into the immigration and asylum system. And it is what makes Medical Justice’s report so important.

Expecting change: the case for ending the detention of pregnant women, can be downloaded here.