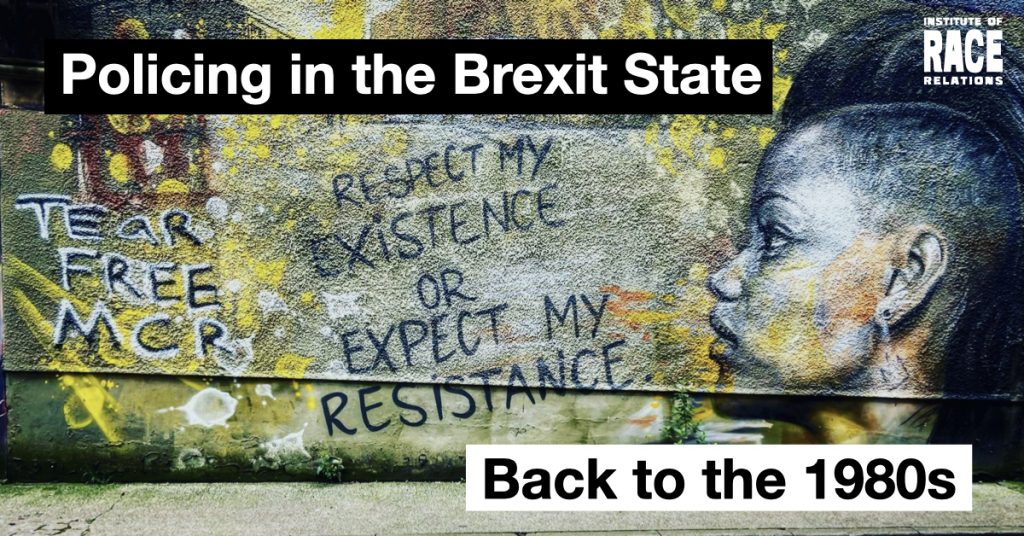 The race and class implications of the Police, Crime Sentencing and Courts Bill are massive and go beyond the right to protest

As we approach the fifth anniversary of the decision to leave the EU and to re-establish British sovereignty in the name of the freedom of its citizens, the various provisions within the government’s sprawling Police, Crime, Sentencing and Courts Bill indicate just how unfree we are set to become in the Brexit State. When taken alongside the New Plan for Immigration, which will punish people in need of safety based on the way they enter the country, the Police Bill sets the seal on a new era of state power where marginalised groups and political dissenters will be governed less as citizens than as subjects. The various provisions and technical legalese within both proposals should be set against the backcloth of this government’s attempts to limit judicial review and the Human Rights Act, and its pursuit, backed by the right-wing media, of culture wars.

Within the Bill’s pages is a new vision of policing which, ironically, erodes any sentimental attachment old-fashioned Conservatives may have for the notion of policing by consent. Ironic, given that the idea that the power of the police to fulfil their functions and duties is dependent on public approval of their existence, actions and behaviour, is often sold to the public as a uniquely British tradition. The legislation proposes that a police covenant, a declaration of support for the police, which privileges the police’s wellbeing and health, their physical protection and support for their families above that of other emergency workers[i], will be enshrined in the law. It is a proposal that suggests that the state views its relationship with the police today in much the same way as that with the armed forces. The police covenant is accompanied by a set of measures that together tend to establish the police as the commanding authority over other statutory authorities, which will be under a public duty to support a multi-agency approach to preventing and tackling serious violence. In this way, local authorities and health boards, for instance, are made accountable to the police, while the borders of policing are further blurred as these agencies are more integrated into policing via the multi-agency public duty.

Much has been said about the sections of the bill that limit the right to peaceful protest on the grounds of the ‘disruption’ it causes. This is another uniquely British irony, given the Brexit argument about the need to defend uniquely British freedoms, among which freedom of assembly, like freedom of speech, is prominent. It is right that the attack on peaceful protest has been foregrounded, as it removes Britain from a rights-based approach to protest, and establishes the right of the police and the executive to arbitrarily limit protest based on the political prejudices of the time. The same abuse of executive power can be seen in measures to increase sentencing for criminal damage to memorials and statues, by making it, like arson, triable on indictment regardless of the amount of damage caused, which means a maximum sentence of ten years, rather than three months if it was tried by magistrates. Once again, just as with previous definitions of terrorist acts, the definition of what constitutes a memorial is drawn so broadly as to encompass any structure erected on land, as well as any ‘moveable thing’, so as to include damage to a bunch of flowers placed on a memorial, inviting the suggestion that what constitutes a memorial today is anything the government or police so defines.

Lowering the bar for criminalisation

Welcome as is campaigners’ focus on the right to protest, there has been much less said to date on the aspects of the legislation that deal with day-to-day police powers, tougher sentencing and prolonged incarceration of prisoners deemed to pose a ‘significant risk of serious harm’. But even on a preliminary reading of legislation there can be no doubt that this bill, when coupled with the government’s support for a more monolithic political culture, and its repeated questioning of the structural drivers of inequality, is aimed at strengthening the use of surveillance, force and criminalisation techniques in the poor black and multicultural working-class neighbourhoods of this country, as well as the targeting of Gypsies and Travellers. While the lifestyle of Gypsies and Travellers had already been criminalised by the Criminal Justice and Public Order Act (1994) which scrapped public authorities’ duties to provide Gypsies and Travellers with caravan sites, the community is set to face further persecution with measures creating new offences and allowing police to confiscate vehicles – which may be people’s homes – to dismantle ‘unauthorised encampments’ set up by ‘trespassers’ causing ‘significant disruption or distress’, who can be sent to prison for three months.

Just as in the 1980s, during the British miners’ strike, the Conservative government attempted to use the police to enforce its industrial relations policy, today’s government runs the risk of using the police as a political tool to keep a lid on dissent and revolt in the austerity-impoverished neighbourhoods of our country. In these areas, the arbitrary policing of the coronavirus regulations, and the introduction in London of twelve paramilitary-style Violence Suppression Units, intensely policing 250 micro-beats, have accentuated the simmering resentments in communities that have been ignored, economically and politically, and now are resistant to further brutalisation on the streets.

Of course, the thinking behind the legislation will be easily missed, and many will be taken in by the language of safeguarding society against dangerous criminals and serious violence, particularly serious youth violence. Such language has been used in the past to justify both Prevent and the Gangs Matrix, two policies – both supported by Labour and other opposition parties – that grew out of racist stereotyping and stigmatisation of Muslim and Black communities and went on to justify intrusive surveillance and routine over-policing. This brought more and more young people into the reach of the criminal justice system, lowering the bar for criminalisation and cementing distrust of the police along the way. Since the pandemic set in, with repeated scandals over aggressive stop and search and the use of force, the legitimacy of the eighteen multi-agency Violence Reduction Units – seen by the government as key to its strategy of preventing serious crime through dialogue between community leaders, statutory agencies and police – has taken a hit. Violence Reduction Units have had little meaningful to say about the increasingly violent day-to-day interactions between police and young people in cities like London, Bristol, Manchester and Cardiff – and yet they are a key component behind this legislation.

It is of course the stigmatisation of neighbourhoods identified with knife crime that justifies the imposition of a ‘serious violence prevention and reduction’ duty on specified authorities which must now work more closely together. Will these agencies dare to say anything about the proposal to introduce a new Serious Violence Reduction Order, which Liberty describes as a ‘highly oppressive tool, unlike anything currently on the statute book’, that would among other things ‘hand police an extraordinary power to stop and search a person at any time, in any place, completely free of suspicion’. The proposal to amend the Academies Act 2010 to allow local authority-run secure children’s homes to convert to ‘charitable academies’ with secure accommodation, seems set to expand the private market for educating and correcting ‘disruptive’ ‘children, as well as what campaigners refer to as ‘the PRU[Pupil Referral Unit] to prison pipeline. One would hope that local authorities, under pressure to stop the over-criminalisation of Black Caribbean, mixed-race and Gypsy Roma and Traveller children via school exclusions, would speak out? But will they?

Just as we begin to see a path out of Covid lockdown, and dare to dream of a different, less cruel and more caring future for our children, we should be worried that a more permanent style of lockdown policing on the streets will emerge, one aimed at keeping disaffected young people under control. We should be concerned that applied to inner cities, such methods, which appear to build on the ‘Total Policing’ methods used in New York under police commissioner William Bratton, will lead to total breakdown of relations between the police and young people in multicultural neighbourhoods. Those who protest the Bill today are ironically the ones defending British freedoms. If the government, with its massive majority, persists with this legislation, it risks taking this country into the kind of territory that led to the breakdown of police-community relations during the 1981 and 1985 inner city rebellions, the 1984-85 miners’ strike, and the mass unrest that followed the introduction of the Poll Tax in 1990. 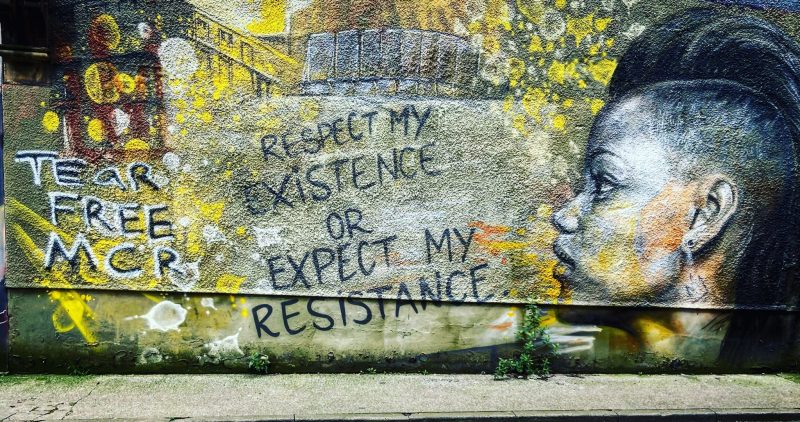 Thank you for this very informative article Liz. Both the historical information and the current situation with the growing powers of the police are relevant for us today. I hope it gets the widest possible circulation and that people act on it before it is too late. Very worrying indeed.