‘One liberation is bound to another’: beyond the concept of White Privilege 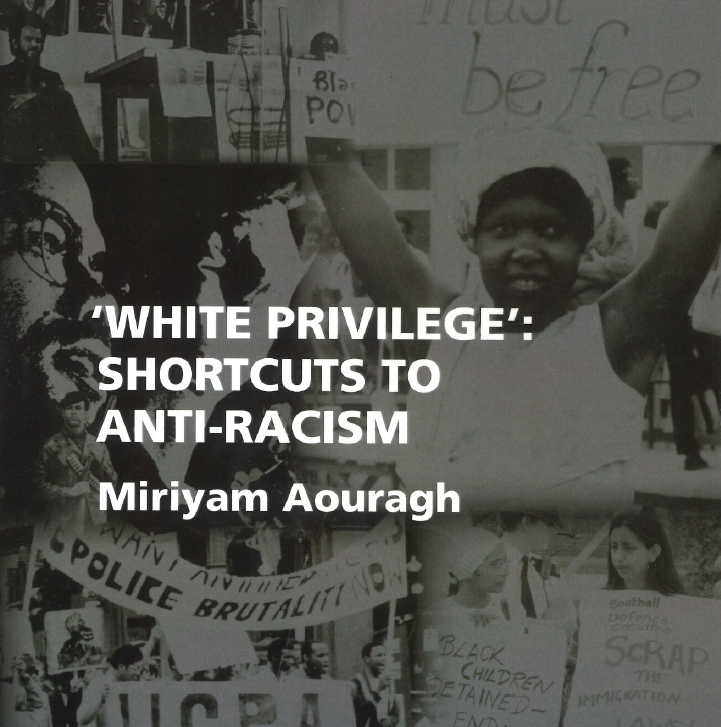 To complement the re-issuing of Sivanandan’s path-breaking collection of essays, Communities of Resistance,  Race & Class leads with a thought-provoking piece calling for a new politics of ‘radical kinship’ to forge the dynamic internationalist politics now needed to combat growing racism and fascism.

Across the globe, women, BAME and LGBTQI communities face hatred and violence as governments, from Poland and the UK to  Brazil and the US, vehemently mount attacks on progressive politics around race, gender and sexuality. A landmark article in the IRR’s quarterly asks why, today, in such a climate, is so much anti-racism retreating into a form of identity politics which locates the problem of racism in individual white privilege and individual obligation  rather than the popular and state racisms that gives rise to racist attitudes and impoverishes and demonises the most vulnerable.

‘”White privilege” and shortcuts to anti-racism’ written by Miriyam Aouragh and published in Race & Class October 2019, picks up themes first enunciated by A. Sivanandan some thirty-five years ago in his influential ‘RAT and the degradation of black struggle’. There he provided chapter and verse of the dangers in reducing racism to attitude, and anti-racism to awareness training (RAT) – both of which left the exploitative white power structure intact. The IRR is re-releasing his piece today to coincide with Aorough’s article.

Aouragh draws on Sivanandan’s approaches to organising around shared experiences and argues that a similar unity is needed now, around new unifying principles. But unity in the anti-racist cause is being hampered by the creation of an essentialist hierarchy of oppressions, that can throw up a wall between black, brown and white people, and undermine the potentials for solidarity.

The purpose of Aouragh’s piece is to seek out the common denominators for coalition-building today, to restore the ‘intellectual link’ between ‘the Left and blackness’ and promote ‘proactive engagement’. For ‘proximity and trust foster vulnerability and the sharing of experiences, and open us to the truly transgressive realisation: that one liberation is bound up with the other.’  This is where Aouragh’s idea of ‘radical kinship’ comes in. The author, whilst pointing up examples from previous black struggles such as the US Black Panthers and Angela Davis’ work, posits ‘radical kinship’ and concrete international solidarity as the necessary routes today  ‘to recreate a dynamic anti-racist, anti-capitalist movement at a time when racism is on the rise’.

Miriyam Aouragh, a second-generation Dutch-Moroccan, was prompted to develop this piece by challenging experiences as an activist-cum-academic in the Netherlands. ‘Our political differences are in essence ideological, and not biological’, she concludes.

To read both A. Sivanandan’s 1985 essay and Miriyam Aouragh’s complementary one, click here and here.