Not integration but civil rights 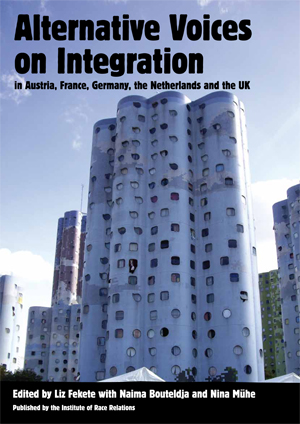 What do minority organisations, refugees and migrants in Europe think about the debate on integration? Is it a debate that stigmatises and humiliates ethnic minorities, or one where institutionalised racism is adequately addressed?

Over the last year, the IRR’s European Race Audit has been identifying alternative voices on integration, in five European countries. Now it has brought out the findings of its investigations in a report, Alternative Voices on Integration in Austria, France, Germany, the Netherlands and the UK.

The report brings together the interviews and news stories with representative organisations that the IRR gathered over the last two years. Grassroots organisations point out that debates on integration, national identity and core values are popularising racism and that what really needs to be discussed is not integration but civil rights.

Alternative Voices on Integration is packed with factual information about the denial of civil rights in the five countries studied. Interviews and news stories are set against policy summaries from each country on integration policy, national action plans on racism, anti-discrimination measures, asylum policies, regularisation processes and changes to citizenship laws. Together the grassroots perspectives and policy summaries reveal the real levels of racism, discrimination, exclusion and human rights abuses faced by European Muslim citizens, asylum seekers and undocumented migrants in Europe.

Download a copy of Alternative Voices on Integration in Austria France, Germany, the Netherlands and the UK (pdf file, 1.1mb)