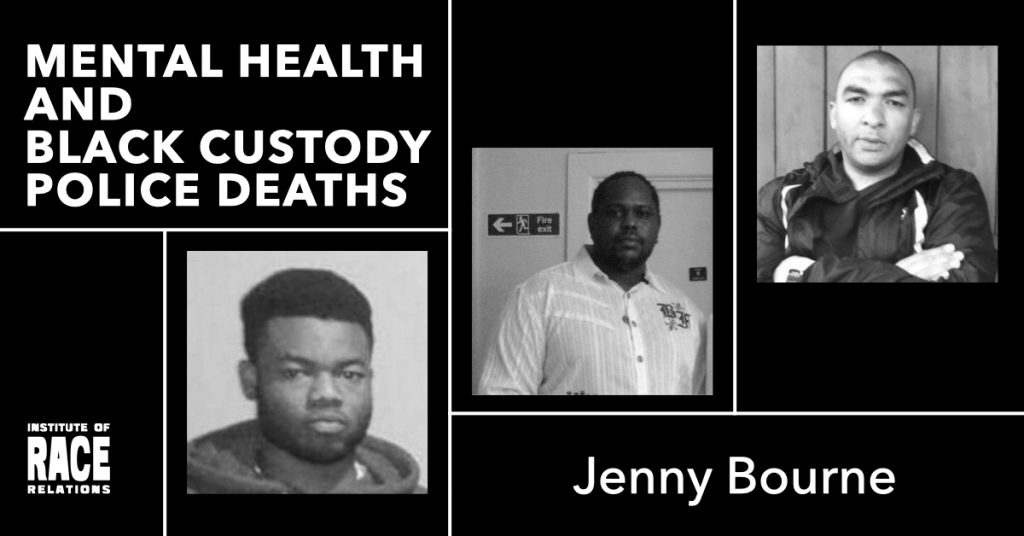 How do black men suffering a mental health crisis risk ending up dead when the guardians of law and order are called in?

George Nkencho, a 27-year-old Nigerian man, who suffered from mental health issues, died on 30 December 2020 after being shot by an armed support unit in his front garden in west Dublin. According to the Gardai, they implemented ‘a graduated policing response’ – ie pepper spray, firing two Taser guns and ending with five shots – because he posed an ‘imminent threat to life’ as he brandished a knife. His family ask why lethal force had to be used when his mental health issues were known to the police.

Kevin Clarke, a 35-year-old black man also experiencing an acute mental health crisis in a Lewisham street in March 2018, also ended up dying after encountering the police. ‘I can’t breathe, I am going to die’, he can be heard telling officers on their bodycam footage, as they restrain him. Nine officers were involved in his restraint which included handcuffs and leg restraints, although at no point did he show aggression towards the police. A BBC Panorama programme broadcast on 20 January 2021 revealed that the Metropolitan Police held a misconduct meeting which exonerated the senior officer involved in the case, and, contrary to regulation, neither the Independent Office for Police Conduct (IOPC) nor Clarke’s family were invited to attend. (Fresh misconduct proceedings are now to be opened.)

Met Police officers are three times more likely to use force on black people compared to white people@BBCPanorama investigates the case of Kevin Clarke, who died in custodyhttps://t.co/wxddyqazUP pic.twitter.com/fx5dKnAfCQ

But Clarke is not alone. Leon Briggs, 39, died on 4 November 2013 following police restraint as they detained him under the Mental Health Act because he was acting unusually in a Luton street. Seven years on, the inquest into his death, scrutinising the actions of the police and ambulance service that day, has just opened in Bedfordshire. The inquest is so late because internal processes were still proceeding; and they came to nought. In 2016, because of the level of concern over Leon’s treatment, the IOPC referred the case to the Crown Prosecution Service to consider manslaughter charges against the officers. The CPS said it would take no action. And now the IOPC has had to withdraw a gross misconduct hearing it wanted to bring against eight officers because Bedfordshire police said they would not present evidence.

Yet again, as Deborah Coles of INQUEST told Panorama, these cases reveal just how deeply ‘racial stereotyping which equates black men with dangerousness and violence has seeped into police culture and practice’. And, yet again, whilst families are still grieving for their loved ones, they are being forced to fight every step of the way to call state institutions to account. While the automatic closing of ranks among officers and determinations that use of force is proportionate and reasonable remain the order of the day, the confused, stressed black man on the street, perhaps behaving in a bizarre way, will be at risk.

And that collision of race, mental health and state violence is exactly what Dame Elish Angiolini warns against in her pioneering 2017 Independent Review of Deaths and  Serious Incidents in Police Custody examined by Eddie Bruce-Jones, Deborah Coles and Marcia Rigg (whose brother Sean died in custody) in Race & Class January 2021. A chapter of the Angiolini review is devoted to the impact of policing and certain measures on those experiencing mental health difficulties, and the theme crops up again and again throughout her observations and recommendations. ‘Police officers are required’, she writes, ‘not just to run quickly down Oxford Street. They’re required to empathise, communicate and listen and be able to identify mental health …’  Sadly, recent cases reveal how so many of her recommendations have yet to be implemented.