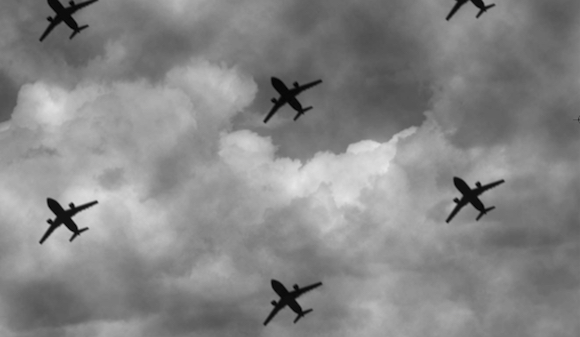 In the second part of her examination of EU deals with third countries to stop migration, Frances Webber examines the closure of Africa’s borders against migration, demanded by the EU as the price for development, trade and aid.

The June-December 2016 progress report on Niger in the context of the Migration Partnership Framework[1] boasted that the Nigerien authorities were cooperating strongly on the Short-Term Action Plan on Illegal Migration, traffickers had been arrested and the flow of irregular migrants transiting the country had been reduced. The report did not mention the discovery in mid-June of the bodies of thirty-four migrants, including twenty children and nine women, who were found near the Algerian border, abandoned by smugglers in searing heat.

The previous week, twenty Somalis died of suffocation in a truck in Zambia. The IOM’s Missing Migrants Project had by then recorded 471 deaths of migrants in Africa in 2016 – from exposure, dehydration, suffocation, or from violence at the hands of smugglers, bandits, militias or even border guards. As IOM acknowledged, the deaths it knows about are only a fraction of the total death toll. How many of these deaths can be laid at Europe’s door? As respect for human rights, and human life, in EU partnership deals with African countries gives way to the absolute priority of stopping migration from Africa, ‘by any means necessary’ becomes the order of the day. And as the border controls go up, so does the price of transit, and those who can’t pay are abandoned to their fate.

The EU’s partners in Africa include leaders accused of war crimes and genocide. In May 2016, details emerged of a secret EU programme of cooperation which involves funding the pariah regimes in Sudan and Eritrea to ‘better manage migration in the Horn of Africa’. For Sudan, this meant enhancing immigration controls along Sudan’s southern border, and the construction of two detention centres. This came on top of an EC $112 million aid package to ‘address the root causes of irregular migration and forced displacement’ in Darfur and other areas of Sudan. As the UN’s news service pointed out, it is the Sudanese army, under president Omar al Bashir, which has forced the displacement of 2.6 million people in Darfur, for which Bashir is charged with genocide, war crimes and crimes against humanity in the International Criminal Court (ICC).[2] Amnesty International alleges that Bashir‘s methods have included using chemical weapons against his own people, in attacks on Darfur as recently as April 2016. Whether or not that particular charge is made out (and all access to the region is denied, including to UN peacekeepers and humanitarian groups, making evidence-gathering difficult), the root causes of forced displacement in the country are not hard to find. So what is the EU’s deal about? Sudan is a transit country for refugees from countries such as Eritrea, and it is their progress through the country that the EU wants to block. South Sudan, a country riven by a three-year-old ethnic civil war which has produced at least a million refugees, and according to the UN is on the brink of genocide, is also ‘eligible for assistance’ under the EU Emergency Trust Fund for Africa, set up to address, not conflict and its causes, but the migration ‘crisis’.

Partnership deals and plans, ostensibly to help those countries combat human trafficking and smuggling, will prevent citizens leaving some of the most repressive and conflict-ridden states in Africa. Eritrea’s president Isaias Afawerki is under investigation at the ICC for crimes against humanity, and his regime of repression and fear, which relies on the systematic use of enslavement, forced disappearance, torture, rape and murder, has been such that in 2015 three-quarters of Eritrean asylum claims in EU member states were successful.[3] It is a criminal offence to leave the country without permission, and while many thousands have escaped, hundreds of citizens have allegedly been shot and killed by Eritrean security forces fleeing the country. But for EU leaders, as a UN official commented, ‘The political will is to solve the migration crisis by getting borders shut from the Eritrean side.’[4] According to the New Statesman, European Commission officials warned that ‘under no circumstances’ should the public learn what was discussed, because of the damage which it would cause to Europe’s reputation.

An immediate consequence of the Sudan and Eritrea talks were crackdowns on migrants and refugees by police in both countries. In Sudan, in May, at least 900 Eritreans were rounded up in Khartoum and forcibly deported back to Eritrea. According to reports, police picked up anyone looking Eritrean, tore up their residence cards and put them in prison as illegal immigrants or on trucks for immediate deportation. Only those with at least US$500 could go free, by bribing police.[5]

States with whom partnerships are planned or in place also include Ethiopia, Nigeria, Niger, Mali, Ivory Coast, Guinea, Senegal and Egypt. The establishment of border guards and detention centres along borders violates the principle of freedom of movement for people among ECOWAS states (the Economic Community of West African States) in the cause of EU border controls. The effects of the loss of freedom of movement in West Africa are graphically portrayed in a statement by a number of African civil society organisations. The statement, ‘African civil society condemns the hunt for migrants on the continent’, describes how Malian migrant Modu Boubou Coulibaly, working on a construction site in Nouakchott, Mauritania, died in hospital on 9 May after jumping from the third floor of a building he was working on, chased by Mauritanian police, and falling onto a metal fence, sustaining fatal injuries. The statement says the introduction of the regime of residence permits in Mauritania in 2012 has led to ‘migrant hunting’ by police, fear and humiliation for the migrants, mainly from Senegal and Mali, in a process which has spread throughout Africa:

‘The lure of European financial aid to fight against migration transforms the African political authorities in real persecutors of their brothers and sisters who are looking for work to live and feed their families. This could recall the time of slavery abolished there only two centuries. The European Union, at the expense of its humanist values, and shamelessly, in African countries outsources its security migration policy.‘[6]

Those whose onward movement will be stopped are described as ‘economic migrants’. But as Guardian correspondent Patrick Kingsley observed, one Nigerian state, Borno, has seen 1.4 million people displaced by the war against Boko Haram, which has forced 2.6 million people from their homes – more than the total of Syrians in Turkey. Hundreds of thousands of people are on the brink of starvation there. Kingsley describes how climate change, which has reduced Lake Chad to one-sixth of its former size, has destroyed the livelihoods and means of subsistence of many thousands, contributing to the consequent desperation which has nurtured groups like Boko Haram – and the pattern of climate change, development, conflict and flight is common throughout the global south, making a mockery of the distinction western leaders draw between deserving ‘refugees’ and undeserving ‘economic migrants’.

There is no doubt that the agreements facilitate breaches of international law including the refoulement of refugees to countries of persecution, prohibited by the 1951 Refugee Convention. But the new Partnership Framework drawn up by the European Commission in June 2016 makes it clear that migration control, not human rights, is its number one priority, with ‘negative incentives’ for states which fail to cooperate in preventing movement of migrants from or through their territory, or to readmit those who get through. These ‘negative incentives could include withdrawal of EU cooperation or assistance, not just in the areas of development, aid and trade, but also in education, research, energy, climate change and agriculture: ‘no policy areas should be exempted from this approach … bringing maximum leverage to the discussion’, the document emphasises.[7]

Under the rubric of ‘coherence between migration and development policy’, the long-term investment plan for Africa treats as a priority the development of biometric documents for nationals, to facilitate readmission. Such documents enable repressive states to operate much closer surveillance and control over their citizens, and their encouragement in states which violate human rights shows a recklessness bordering on criminal collusion. Biometric documents also facilitate collective expulsions from Europe. The sixteen targeted countries for the Partnership Framework include the Sahel, Horn and West African states, as well as Afghanistan. At the EU summit on 20 October, leaders approved EU foreign affairs chief Federica Mogherini’s plan to implement the agreement immediately with five African countries: Niger, Nigeria, Mali, Senegal and Ethiopia.[8]

The logic of bribing African states to take on the burden of external border control for the EU led directly, in the opinion of Italian NGO ARCI, to the Kenyan government’s threats to close Dadaab, the largest refugee camp in the world, housing over 340,000 mostly Somali refugees. It was a threat, the group believes, made purely in order to gain access to the EU funds.[9]

The Partnership Framework pretends to bring prosperity to Africa. It claims that it will attract private investment to the tune of €60 billion, and that its development initiatives on the continent will remove the incentive for migration. Such claims have been made many times before, but they have lost any plausibility they may once have had, as the western models of development exacerbate inequality, devastate the environment, destroy traditional livelihoods and lead to more emigration.

All these deals have in common an utter ruthlessness in pursuit of the aim of stopping migration to Europe, combined with wilful blindness to the realities of repression and refusal to contemplate the human rights violations to which the agreements will inevitably and necessarily give rise. Deaths in the Mediterranean will again be blamed on the smugglers, and not the EU’s complete failure to provide legal, safe passage to refugees by lifting visa controls or carrier sanctions for those fleeing repression or war.  Other deaths – in war zones, at the borders or in the dungeons of repressive states, of those unable to leave, or sent back at the border, or arrested and deported in clampdowns – these deaths will be invisible and unknown. That does not make them any less the responsibility of the EU and its member states.

In the joint statement referred to above, African civil society organisations expressed anger at the way millenia-old traditions of solidarity and free movement are being supplanted by the lure of European development funds. In Europe, in June 2016, 124 human rights and migrant support organisations signed a joint statement condemning the EU’s use of trade and aid agreements to demand cooperation in control of migration from partner states in Africa. The NGOs pointed out that Europe could not expect African states to host refugees if it was not prepared to take its fair share, and condemned the failure to open up safe legal pathways for migrants and refugees – through family reunification, educational programmes, visa liberalisation or any other measures.

The European Parliament has responded by passing resolutions opposing aid conditionality dependent on partner countries cooperating on readmission and return, and condemning the use of development funds for migration management rather than for their intended purpose of combating poverty. [10]

As for the UK, Theresa May, who famously described Eritreans as ‘economic migrants’ at the height of the Aegean refugee crisis in summer 2015, was set to pledge staff to Greece to enable more fast-track deportations to Eritrea (as well as to Iraq and Afghanistan). The UK remains a keen participant in the EU’s enforcement programmes; a spokesperson said – ‘We have a lot of expertise on returns’.[11]

Read Part 1 of this article: Europe can no longer pretend to respect human rights

Thank you for this Frances. It is an excellent analysis of a deplorable policy which bribes African governments to police free movement across their borders and to ignore international human rights convention.