Letters from the Utopian Margins: a late submission to the Hawthorn Archive

Written by: Les Back 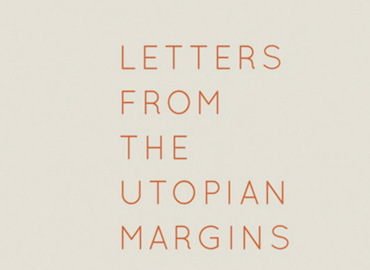 On 15 December, in London, Avery Gordon, Race & Class contributor and Editorial Working Committee Member, launched her book The Hawthorn Archive: letters from the Utopian Margins – in which she collects the traces of ‘radical runaways, deserters, abolitionists, heretics, dreamers and liberationalists’ of all shades and nations.

Below we publish the contribution welcoming the Hawthorn Archive project from Les Back, Professor of Sociology at Goldsmiths, University of London.

It is such a pleasure to say a few words of welcome to this very beautifully crafted and imaginative book Letters from the Utopian Margins: The Hawthorn Archive by Avery Gordon. I wanted to talk about the qualities of the book but say a few things about Avery’s sensibilities as a political writer. For, that is what this is first and foremost, political writing and thinking. The book invites and fosters a fugitive attention and sense both of the damaged nature of the world and utopian possibilities beyond these dark times of the present in which debased information is interwoven with impervious ignorance.

The book is the product of Avery’s artfulness and imagination and requires a little bit of explaining, although one thing that Avery is exceptionally good at is explaining things. The book is an archive somewhat in the spirit of Walter Benjamin’s historic Arcades Project. I think of this book as a kind of arcades project for the political imagination for our time. There are important differences between what Avery has achieved and Benjamin’s compendium of twentieth-century modern life and I‘ll come back to this. The Hawthorn archive, after the forest tree, not the author, because ‘the Hawthorn tree was once said to be able to both protect the border to the world of the dead and heal a broken heart’ writes Avery with her customary flare. It is not structured by arborescent logic – roots and branches – rather it fosters an internationalist rhizomatic disregard for the borders for the flags and borders that regulates to whom we should identify and care about. Collected here are the traces of ‘radical, runaways, deserters, abolitionists, heretics, dreamers and liberationalist’ of all shades and nations.

Unlike Benjamin’s archive, Avery’s book is one that can be read sequentially. There is tremendous artistry in the way this collection of fragments is assembled – it is a place where her theoretical works and art collaborations accumulate – from wide ranging contemplations on dissident work from prison abolition to workhouses to runaway slaves. But it also collects and organises files and documents from others including dialogues in letters and emails. There is a good deal of fictional artifice, playfulness and humour in the process of assembly. The hoarded intelligent content here includes drawings newspaper, clipping photographs emails philosophical fragments. I love the fact that the book ends with a recipe. Also, the book includes a trace of collaborations record her dialogues with artists Celine Condorelli and Sarah Beddington. It is telling that one of the commonly used categories used in the cataloguing of the archive is: friendship. This I think requires a few words of reflection and celebration.

It is characteristic of Avery’s political thought that she is always thinking with others and this isn’t about academic flummery or gaming because she cares enough about her friends to sometimes be their most searching critic. There is so much academic work that claims political intent but is actually conducted in a self-serving, show boating, academic gaming way. Here the claim to be a public intellectual is a decoration to be added on your application for the next academic promotion or research grant or assessment exercise. I think Avery holds to a commitment to a different model of scholarly work that is a refusal of this kind of timidity and conservativism. In a way what the book describes in – epistolatory form through letters and correspondence – is thought and critical thinking that befriends. As readers we are drawn into these relations in what Avery calls their ‘incitement, contributions, and fellowship.’ They are letters that connect people across place and though time and we are also connected as readers by proxy. 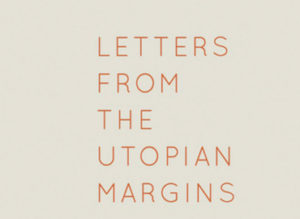 There are three key thinkers that provide and lines of thought to be threaded through this archive. Philosopher Herbert Marcuse offers an orientation which channels the deep change he associated with refusal, liberation and the fostering of an alternative. Drawing on Marcuse Avery calls this the ‘scandal of qualitative difference’. Then, the second thread is Cedric J. Robinson’s elaboration of the black Radical Tradition in which through the daily resistances to domination and slavery a ‘calculus of oppression was acquired’ and this was a means of preparation for more ‘epic forms of resistance’. Then, lastly, Patricia Williams’s utopian sense of the movement of political ‘hopes, dreams, fantasies, fears, recollections’.

So, the point I am making is that the archive is shaped but as readers we are required to do something with them for ourselves. This is not a manifesto, it is not the poetry of the future, but a rather it is recipe book of political ingredients – theoretical ideas, historical precedents, imaginative resources – to make politics in a more satisfying way. These ingredients include resources that span the here and now, the elsewhere and confronts a haunted past and as well as to give friendly ghosts a hospitable place in our imaginations in order for us to think differently about what lay ahead.

There is one last thing that bears saying. Avery is vigilantly loyal to doing the work that the work of radical thought requires. She is committed to getting it right – from the work of curating ideas to theoretical explication to belligerent battles with the typesetters or incommunicative editors. Contemplating on Marcuse she writes ‘the truth is not a positivist construct, but an ethico-political one’. She has an abiding loyalty to getting it right both in ethical and political terms and yet at the same time she is quite humble in the way she describes this endeavour. Early in the book she says this book is in implicated in the story of a failed academic book that she did not write. All I can say, paraphrasing Beckett, is that Avery Gordon has achieved a better kind of failure and as a result gifted us a remarkable and beautiful book.

I want to end but trying to open up a few questions for Avery by way of opening this discussion a little bit. I wonder what Avery thinks about the idea of writing as an archive. In the age of ‘ask Google’ and the ‘logarithms of digital information’, what does she think of the value of arguing and the contemplative and even feverish activity of thinking by hand and the shuffling of things paper, photographs and drawings? Isn’t the abiding lesson of your book to students: be suspicious of relying too much for the political imaginations on Twitter, Instagram and Wikipedia and the value of difficult labour of finding and interpreting your own sources and building your own archive? The other thing that I want to ask is the value of disagreement in your practice and also the ethics of how to have political disagreements. I remember John Berger once commented that he and Jean Mohr never compromised when they disagreed. They argued it through until something or someone gave in. Lastly, I wanted to just ask how you think now with a bit of distance the completion of this project on your experiments with this form. What opportunities did the archive format afford and what are its limitations?

The Hawthorn Archive: Letters from the Utopian Margins