Landlord penalties and the right to housing 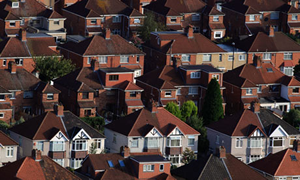 The drive to embed immigration enforcement into all aspects of economic and social life is about to become even more intrusive. From 1 December, in a pilot scheme, residential landlords in Birmingham, Wolverhampton, Dudley, Walsall and Sandwell[1] will be obliged to carry out immigration status checks on all new tenants and adults living with them, on pain of a £3,000 fine if they are found to be renting to anyone without the right to be here. This will involve seeing, checking, and copying documents such as British and EU passports, biometric residence permits, refugee status documents, birth certificates and a myriad of alternative documents indicating that the prospective tenant has Home Office permission to be in the UK. They must retain documents for the duration of the tenancy and for a year afterwards, to avoid liability. If the prospective tenant has no documents or their status is unclear, the landlord (including a sub-letting tenant or someone taking in lodgers) must contact the Home Office’s Landlord Checking Service, which must respond within 48 hours, either issuing a ‘positive right to rent notice’ or telling the landlord that the person concerned is disqualified from renting.

The checks are part of a raft of new measures in the Immigration Act 2014 to drive out undocumented migrants, including bans on bank accounts and driving licences, and increased fines for employers of unauthorised workers. Immigration minister James Brokenshire claimed that the ‘quick and simple’ checks ‘make it more difficult for immigration offenders to stay in the country when they have no right to be here. They will also act as a new line of attack against unscrupulous landlords who exploit people by renting out substandard, overcrowded and unsafe accommodation.’[2]

Many of the concerns expressed have been to the effect that British citizens without passports, or legal migrants, will find themselves wrongly excluded from rented property. The homelessness charity Crisis pointed out that homeless people often lose passports and other documents, and in any event, according to the 2011 census 19 per cent of Britons do not have a passport.[3] The Chartered Institute of Housing (CIH)[4] was one of many housing bodies to express concern that lawful migrants would not get housing because landlords would simply rent to British-looking people. The government is said to accept the likelihood of discrimination against BME renters but believes it has done enough by issuing a code of practice to avoid discrimination, which suggests that landlords perform the checks on everyone. According to CIH, though, four-fifths of private landlords have said they have not heard of the provisions or the code of practice, and nearly a third, when told, said they would not comply with them.[5] In a sellers’ market, with rented property scarce, landlords can and will rent to whom they like, and one suspects it won’t be migrants, with legal status or not. Rights of Women pointed out that the new law is likely to trap women with insecure status in violent relationships.

The measures came out of the ‘Hostile Environment Working Group’ criticised by Sarah Teather MP for its self-explanatory brief. But the aim of driving undocumented migrants out of the country by making them homeless is as unrealistic as it is abhorrent. Fifteen years of exclusion from social housing and from welfare benefits, eighteen years of employer sanctions and eight of aggressive enforcement have shown that very few of those in the country without permission leave in response to the incessant tightening of the screw – except by committing suicide, which for some is the only realistic way out, given that return to the home country is often impossible to contemplate.[6]

The second avowed aim, to prevent unscrupulous landlords profiteering from tenants’ insecure status, is even less realistic, if that is possible. Again, the experience of employer sanctions shows that penalties lead to more, not less, exploitation, driving undocumented migrants further underground, into worse forms of degradation.[7]

So what are the real aims behind these measures?

The criticisms of government housing policies by Raquel Rolnick, UN Special Rapporteur on the right to adequate housing, brought down the wrath of politicians and corporate media on her head. Housing minister Kris Hopkins condemned her report as ‘partisan’, ‘completely discredited’ and ‘a misleading Marxist diatribe’. [8]The media focus was on her condemnation of the ‘bedroom tax’, but her report, for the United Nations Human Rights Council,[9] was a dispassionate and succinct analysis of the move from policies seeing housing as a social good to its financialisation since the 1980s, and its devastating impact. She described the introduction of rent controls in 1915, the massive inter-war housing programme and the million new homes, mostly social housing, built in the five years from 1945, in the context of a ‘widespread belief that government had a responsibility that the limited resources available in this period of austerity were fairly shared’, and the ‘consensus around planned public investment in higher quality housing’.[10] The sell-off of two million social housing dwellings since the 1980s and the slashing of grant funding for social housing in England by two-thirds has led, she pointed out, to a shortage of affordable housing so acute as to merit the description of a crisis. She saw the changes as retrogressive in terms of her mandate – monitoring compliance by government of its duty to ensure that residents enjoyed the right to adequate (decent and affordable) housing.

The human right to adequate housing

The European Convention on Human Rights does not contain a right to housing. But other human rights documents do. The Universal Declaration on Human Rights of 1948 – the founding document of modern human rights law – stipulates in Article 25(1) that ‘Everyone has the right to a standard of living adequate for the health and well-being of himself and of his family, including food, clothing, housing and medical care and necessary social services …’  The right was formalised in Article 11 of the International Covenant on Economic, Social and Cultural Rights, and the UN’s Human Rights Council, the Committee on Economic, Social and Cultural Rights (CESCR) and the Special Rapporteurs are tasked with supervising governments’ compliance with their obligations. The CESCR has said that it means the right to live somewhere in security, peace and dignity, and includes legal security of tenure, affordability, habitability, accessibility, location and cultural adequacy.[11]

But the right, like other economic and social rights such as the right to a livelihood, was not included in the European Convention on Human Rights in 1950 (although there are circumstances where refusal to house someone might, because of particular vulnerability, constitute inhuman or degrading treatment in breach of Article 3). The UK has not signed the 2008 protocol giving jurisdiction to the CESCR to consider complaints under the Economic, Social and Cultural Rights Covenant. The UK has not signed up to the European Social Charter either, which provides that ‘Everyone has the right to housing’ as well as ensuring rights to social and medical assistance for those without adequate resources. So the right to adequate housing is not enforceable against the government.

The effective unenforceability of rights to adequate housing has allowed governments to ignore their obligation to secure adequate housing for all. With local councils, banned from using right-to-buy receipts to build more social housing, clearing their waiting lists by the simple expedient of removing thousands of names, and with them thousands of hopes for a decent home, and with whole estates in desirable locations being sold off to offshore corporate Rachmans such as Westbrook,[12] social housing is ever scarcer, and the private rented sector is booming. The protections private tenants used to enjoy, meanwhile – of fair and affordable rents and security of tenure – have long gone, replaced by uncontrolled, exorbitant rents and ‘revenge’ evictions for tenants who complain about disrepair.

London represents the worst excesses, with broom cupboards going for hundreds of pounds a week – but in February 2014 the National Housing Federation warned that West Midlands was facing a ‘critical’ housing shortage, and that low wages were not keeping up with rents, which had gone up by over 60 per cent in the past two years. The numbers of homeless people in temporary accommodation in the region had risen by nearly a quarter over the same period.[13]

Rising homelessness engages local authorities’ duties to house vulnerable homeless people (including refused asylum seekers and undocumented migrants if homelessness would result in such suffering as to breach the Human Rights Convention). Ironically, private landlords (often subcontractors to large companies) now supply much of the emergency housing used by local authorities to house homeless people, as well as the frequently squalid asylum hostels for Home Office use.[14]

Building social housing, regulating rents to ensure housing is affordable, regulating landlords to ensure reasonable conditions and reasonable security of tenure, are anathema to a government wedded to neoliberalism. (The Scottish government, with devolved housing responsibilities, is planning the abolition of the right to buy, recognising the dire social housing shortage it has created.) Westminster instead demands that landlords regulate their tenants, in a nativist bid to blame ‘illegals’ for the housing shortage. And they will be blamed; we can be sure that whenever a refused asylum seeking family is given temporary accommodation by a council, in pursuit of its residual duty to prevent absolute degradation, the Daily Mail et al will be on the case, naming and shaming for England.

For the rest though, it’s clear that there will be more homelessness, destitution and desperation among undocumented migrants and refused asylum seekers as a result of these measures. This will not stop the laws being extended to the rest of the country, which can be prevented only by a mass movement in support of adequate housing for all.

References:[1] Opposition to the measures by organisations representing housing providers forced the government to agree to piloting the provisions in part of the country before introducing it nationally (planned for 2015). [2] ‘Landlord migrant check scheme to be rolled out in West Midlands’, Guardian (3 September 2014). [3] Cited in Dawn Foster, ‘Passport patrol for renting a home’, Inside Housing (10 October 2014). [4] CIH, Practical Implications of immigration checks on new lettings’, November 2014. [5] Four-fifths of landlords let out only one property, the same proportion who had not heard of the new law in October, weeks before its introduction. Survey by Easyroommate, cited in CIH, Practical Implications op cit. [6] See Harmit Athwal, Driven to desperate measures, IRR, September 2006, and Driven to desperate measures 2006-10, October 2010. [7] See reports cited in ‘Landlords as immigration police?’ IRR news (15 August 2013). [8] ‘Ministers savage UN report calling for abolition of UK’s bedroom tax’, Guardian (3 February 2014). [9] Report of the Special Rapporteur on the right to adequate housing as a component of the right to an adequate standard of living, and on the right to non-discrimination in that context, Mission to the United Kingdom, A/HRC/25/54/Add.2, 30 December 2013. [10] Raquel Rolnick, op cit. [11] CESCR General Comment No 4 (1991) ‘The right to adequate housing’. [12] Aditya Chakraborty, ‘New Era estate scandal: families at the mercy of international speculators’, Guardian (19 November 2014). [13] ‘NHF declares West Midlands housing shortage at critical level’ [14] See John Grayson’s articles on this, eg ‘Their secret is out, but for G4S and friends ‘abject disregard for human dignity’ persists’, Open Democracy (18 March 2013).