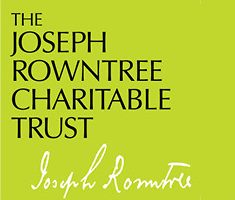 Below we reproduce a letter to the editor published in The Times, on 11 March 2015, in support of the Joseph Rowntree Charitable Trust.

Charities like the Joseph Rowntree Charitable Trust (JRCT) frequently work in complex and difficult environments to promote peace, justice and equality. They succeed because of their expertise and integrity in navigating these complexities while retaining the trust of all stakeholders.

No body should be above reproach or regulation, but, as other funders, charities, NGOs and concerned individuals, we affirm the right of charities and foundations to freely pursue their objectives within the law.

In doing so, we express our support for the Joseph Rowntree Charitable Trust, which has come under regulatory pressure and media attacks in recent days.

JRCT has a long and distinguished record of support for important civil society work in the UK and beyond. It has funded work which has made vital contributions to the Northern Ireland peace process, the transition to democracy in South Africa, and to furthering rights and justice, corporate accountability and democratic reform, amongst other issues. At times its work has been risky or controversial, but in our experience it has always acted with the greatest integrity.

We wish the Joseph Rowntree Charitable Trust a long and successful future.

Signed by those listed below:

Jonathon Porritt, Founder, Director and Trustee, Forum for the Future