Joint enterprise: The long and winding road to reform 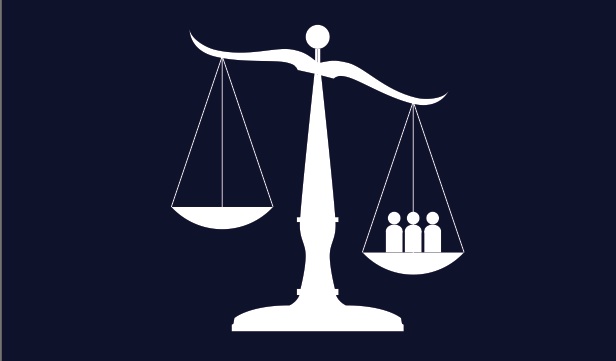 A review of a new report from the Bureau of Investigative Journalism.

Injustice is simple, but legal reform is complex – that is the message, if you read between the lines, of this new report from the Bureau for Investigative Journalism which focuses on homicide convictions arising out of the legal doctrine of joint enterprise. Sometimes known as common purpose, joint enterprise allows for secondary defendants (i.e. those who did not physically commit the crime) to be charged with the same crime as the principal defendant who committed the main (index) offence, on the basis that they ‘knowingly assisted or encouraged the crime and agreed to act together with for a common purpose’. ‘Knowing assistance’ embraces secondary defendants who should have foreseen the results of the principal defendant’s action. This prosecution of multiple defendants in murder cases is a pretty harsh approach to those on the periphery of a crime, as murder carries a mandatory life sentence. Under the 2003 Criminal Justice Act, those convicted of murder must serve at least fifteen years, while changes introduced in 2010 sets the minimum term for a murder involving a knife at twenty-five years.

The findings of the 44-page report, Joint Enterprise: An investigation into the legal doctrine of joint enterprise in criminal convictions have been drawn from a survey of legal practitioners designed and conducted by the Centre for Law, Justice and Journalism at City University London. Information was also gleaned from Freedom of Information requests, detailed examination of court papers in selected case studies, and previous academic research undertaken by Dr Dennis Eady on behalf of the campaigning group Joint Enterprise Not Guilty by Association (JENGbA).

The motivation of the three authors of the report seems to be to tease out the anomalies of the law and suggest ways in which prosecutions of joint enterprise cases can be improved.

Thanks to the campaigning efforts of JENGbA, which is supporting 450 prisoners convicted under the doctrine (around 78 per cent of whom are from BME families), joint enterprise is no longer a buried issue and is publicly discussed as a problem in the media and parliament. In 2011 the Justice Select Committee convened a short inquiry to examine the doctrine, during which the chair, Sir Alan Beith, memorably stated (in response to the disclosure that the CPS keeps no official records on joint enterprise prosecutions) that ‘Nowadays, there are statistics to prove and disprove everything on earth. It seems to me rather strange that there are no statistics to show how often [joint enterprise] is used.’ In the light of the CPS failure to collect meaningful data on joint enterprise, Dr Dennis Eady examined 101 joint enterprise convictions of people who maintained that their conviction was unjust. While the data included in Perceptions of People: Maintaining Unjust Conviction under Joint Enterprise laws related to a small sample and statistical reliability was limited by the nature of self-reporting, it did reveal much about the nature and circumstances of joint enterprise convictions. Around 25 per cent of the sample had been convicted of joint enterprise murder, yet they say that they had no previous criminal convictions and that their sentence tariffs were approaching 30 per cent higher when the defendant claimed not to have been present at the scene of the crime (usually with the prosecution suggesting a planning role).

The Bureau’s report is the result of an eight-month research project. It fills many (although not all) the statistical gaps (notably, the Bureau acknowledges its inability to collect data on ethnicity). Some of the most interesting parts of the research findings come in Chapter 1 (background and methodology) and Chapters 2 (data) and 3 (Exploring the Issues). Here we find a very useful description of the 300-year-old doctrine and its underlying principles based on guilt by association, as well as several case studies. There is valuable data too on the distortions to police and CPS rationale and ethics that arise from joint enterprise prosecutions, data that could be gold dust in the battle for legal reform. Some 17.7 per cent of all homicide prosecutions from 2005 to 2013 involved four or more defendants, suggesting that the use of joint enterprise is common in murder cases. But the more defendants charged with an offence, the more likely it is that the CPS will at a later date offer ‘no evidence’, leading the charge to be dropped at trial stage. The authors’ approach is largely along the lines of letting the facts speak for themselves (though Melanie McFadyean in the report’s Afterword attempts to go beyond the technicalities, and with her journalist’s eye embed into the discussion a political and human dimension).

All the authors would, I am sure, privately acknowledge that data such as this cries out for political analysis. For the arrest and prosecution of so many defendants, some on the periphery of the scene of a murder (and some not even at the crime scene at all), suggests that the police and CPS are using the doctrine for purposes other than securing justice for the victims. One QC interviewed for the report describes joint enterprise as working as a ‘drift net’, catching ‘little fish as well as big ones, and lumping them all together’. But another point of view is that joint enterprise, by giving the police and prosecution services draconian powers, has helped create a two-tier criminal justice system in which poorer and marginalised communities are viewed as less deserving of rights and injustice is institutionalised. Ijah Lavelle Moore was aged 20 at the time of his arrest as a secondary party in the joint enterprise murder of Malakai McKenzie in Nottingham in 2012. Ijah, who wasn’t even present at the scene of the murder but was ‘scooped up’ solely because he was a friend of the principal defendant, spent 14 months on remand awaiting trial. During his trial, the young man’s mother was diagnosed with bowel cancer, dying nine days before her son was acquitted of all charges.

This is a report written from the legal perspective and aimed at addressing the concerns of lawyers and other legal experts – a gathering together of their opinions, and a nudge to the legal establishment that reform is long overdue.  But there is a wider political context in which the doctrine of joint enterprise is applied; namely the steady criminalisation of poor, working-class and BME communities that has occurred over the last thirty years, not least through the 3,600 new criminal offences created during successive Labour governments. Multiple convictions under joint enterprise have played their part in the doubling of the prison population since 1993. The wider struggle against the ongoing injustices of laws that are built on guilt by association continues and will continue to be fought, with or without the lawyers.

I feel somewhat ambivalent about the article and its analytical prowess. I would favour an unequivocal approach that sets out first and foremost, the leading tenets of the core argument and then proceed to the analytical support for such an argument.
The mention of the 300 year old doctrine with the inherent suggestion of draconian values is an easily defeated argument simply because even if it were true (and it is not) the age of a belief neither attests to it being right, or indeed wrong. The crime of murder has been around far longer yet who can deny that it is wrong? But I agree with you that the true rationale of joint enterprise has been twisted and abused in some but not all cases. The problem is that if you believe this (and you do suggest this in your analysis) you are saying that the early form of joint enterprise was less inclusive than the modern interpretation being used today. Clearly both statements cannot be true can they, because of the contradiction therin?
A serious flaw in your analysis is present concerning secondary parties, where the fault element is allegedly the fault element is knowledge, or encouragement or if absent from the offence, a planning role. Unfortunately because there is often an overlap between joint principles and secondary parties the advice from the C.P.S is that when this happens charge the person as a joint principle. A secondary party is, in court, often likened to the getaway driver in a robbery even though his moral position bears no resemblance to that scenario. This is a fundamental objection to the doctrine because the doctrine was designed to capture the getaway driver on the principle of “dual culpability”
1. Knowingly taking part in a dangerous criminal endeavour
2. Having the foresight to realise serious harm “may” befall someone.
Neither of these are enough to convict of murder on there own, but when they come together, they are.

Why this rationale should be applied in an unprincipled way to the many, when it was clearly designed to be used on the few that fit the designated criteria?

Since the abolition of the felony murder rule in 1957 and further in 1967 Act, constructive malice was supposedly abandoned. Yet in 1985 seizing on the case of “johns” the “Chan Wing-Siu” principle became the leading rationale proceeding through English, Rahman, Powel, and Daniels etc.
Whilst the Chan Wing Siu principle exists in its present form, justice cannot. Alan Beith, and Jeremy Horder both acknowledge in separate conversations, that the general public do not support a secondary party sharing the murder conviction of the principle. No doubt there are exceptions. But exceptions they should remain, not the rule. Alan Beith mentions in the select committee only 22% support current policy, therefore it is undemocratic. Horder, in a conversation hearing Sullivan’s objections to the doctrine acknowledges that surveys of public opinion better represent Sullivan’s views than his own, in his support of the doctrine.