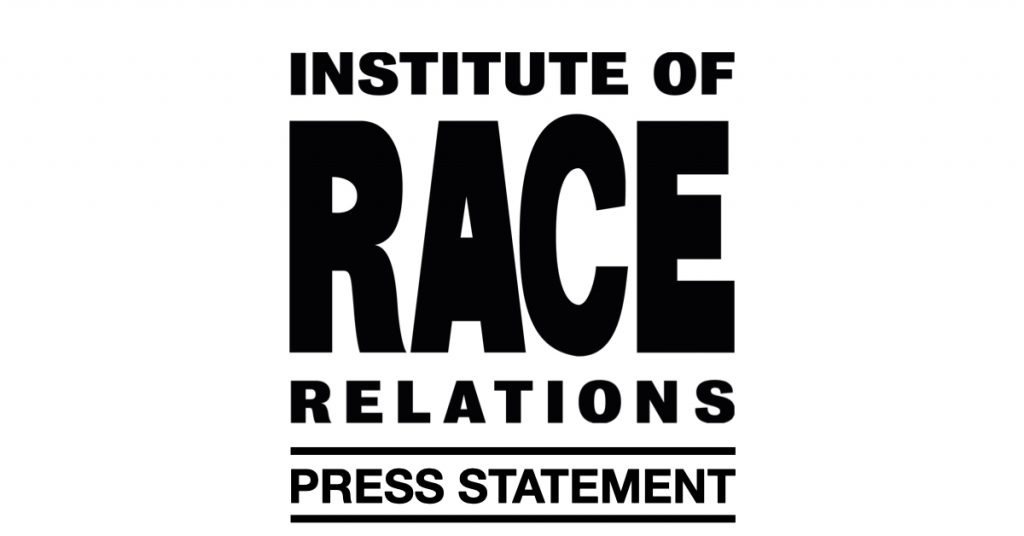 From what we have seen, both the findings and the recommendations of the government-commissioned Commission on Race and Ethnic Disparities report fit neatly with the government’s attempts, post-Brexit, to portray the British nation as a beacon of good race relations and a diversity model, in the report’s words, for ‘white majority countries’ across the globe. The methodology of the report appears to be one that, in severing issues of race from class and treating issues of structural racism as ‘historic’ but not contemporary, leads to the stigmatisation of some ethnic minorities on the back of the valorisation of others. Black Caribbeans, for instance, are contrasted with Black Africans, and deemed to have internalised past injustices to the detriment of their own social advancement. While much is made of the differences between communities, primarily in educational attainment and elite employment, we can see no attempt here to address the common ethnic minority experience of structural racism within areas such as the criminal justice system. Where racism in Britain is acknowledged in the report, the emphasis is placed on online abuse, which is very much in line with the wider drift in British politics and society away from understanding racism in terms of structural factors and locating it instead in prejudice and bigotry. The pre-publicity for the report – borne out in the recommendations – suggested that the aggregating term ‘BAME’ will now be ditched in official government research reports. The IRR would anticipate that it is the post-Macpherson narrative on institutional racism that the government, on the back of this report, will be most eager to sideline. We would further anticipate that future government research on inequality will be framed by issues of ‘ethnic disadvantage’, with differences in ethnic outcomes attributed to cultural and genetic factors, rather than the discriminatory hand of state institutions.

The Government excepts Windrush Generation and hostile environment for Black people around Education,Employment and Mental health but no not Tony Sewell and his team of advisers

The so called Commission on Race and Ethnic Disparities report is not a critical assessment but a strategic political intervention.
Utilising the long established house Negro or native counsel methodology its aim is to reassert the primacy of Scarman over McPherson. To reduce the struggle against racism to a debate about ethnicity and cultural particularities, from resistance to special pleading, from rights to reaction.
It asserts racism as a function of race, where in reality race is a function of racism. It is race craft of the highest order that one week after the census, through which the BAME categories were created as a statistical tool for driving equitable resource allocation, the categories are to be abandoned a white Nationalist government with no tolerance of redistributive social safety nets that inhibit the liberty of the market.
The Tories have never forgotten that racism is not personal its political, it’s not cultural it’s commercial, it’s not Freudian it’s financial. They have taken the logic of those in the ethnic professional and managerial class who assert their class interests by insisting race is an abstract ahistorical and essentialist spectre, unrelated to the political economy and therefore class, to their logical conclusions. They will not be the ones who pay the price.

‘No problem here, move on…’ This is what Number 10 wants the British public to sear, hear and believe this morning, but it all so deliberately, calculating and deeply unfortunate.
Reams of data support the independent view that there is clear and systematic evidence of racial basis and systematic inequality which are the hallmarks of institutional racism… Education, housing, health and employment immediately come to mind. But we also have the pernicious reality of structural and cultural Islamophobia, which is likely to be rendered invisible in the full report, too. The right-wing media will help to silence it further. It appears that the report is not denying racism is a problem – but denying that it is institutional is to effectively ignore the obvious realities facing minorities out there, rendering them invisible.
If this wasn’t such a serious matter, this report would be hilarious. When you pick a chair who denies the existence of institutional racism in society, you will get conclusions that confirm the same. No brainer here… But to do so is to dismiss huge levels of inequalities. Grenfell Tower, disproportionate minority deaths due to covid, racism in the police force, stop and search, school exclusions, disproportionate prison sentences, racial profiling in the immigration services… A lack of representation of minorities in professional sports such as football and cricket and the extent of racism that minority athletes face daily are further examples of societal normalisation of discrimination… Senior positions within the public sector, including the BBC, the NHS, the Civil Service, or the judiciary remain underrepresented among minorities… This is not to say that there not have been some gains in recent years but the overall picture remains negative and anything else is obfuscation… I also wonder how the report will treat the intersections between race, class and gender, if at all.

Many years ago, i was back in the UK for a visit, not long after the McPhearson Report was published and I caught an interview with a fairly high-up (white, female) Met police officer being interviewed on the Report’s findings, principally the conclusion that the Metropolitan Police Service was institutionally racist. It was her view that short of dismantling and completely rebuilding the Met police, that getting rid of institutional racism was impossible. How right she was as this latest so-called commission illustrates. 500 YEARS!

I don’t know if it would be impossible, however a serious attempt at tackling the issue could have set the tone for every other organisation in this cosmopolitan city. Just with aggressive focused efforts the gauntlet would have been thrown down to cities around the world, if the attempt was heartfelt and transparent. The attitude of law enforcement to citizens of colour is probably in the top ten of most peoples concerns.