Investigations and prosecutions for crimes of solidarity escalate in 2018

In 2017, the European Commission (EC) published its long-awaited evaluation of the 2002 Facilitators Package which regulates member states’ national penal laws against human smuggling. Pleas from NGOs throughout Europe for an end to the criminalisation of humanitarian actions assisting refugees and migrants fell on deaf ears. A complacent EC argued that there was no case to change the directive and ‘limited evidence’ that ‘citizens acting out of compassion have been prosecuted and convicted’.

Below, the IRR, in documenting evidence of eleven investigations and prosecutions (involving 81 people) using anti-trafficking and aiding illegal immigration laws in 2018, draws the EC’s attention to a massive escalation in criminalisation, since it failed to change the regulatory framework (1). The majority of these cases occurred in Sicily and were against the crew and supporters of NGO search and rescue missions.

Recently, a European citizens’ initiative (ECI) petition was launched, calling on governments to stop punishing volunteers and civil society organisations for offering shelter to refugees. Since the launch, the IRR has received a number of requests for up-to-date information on current cases of crimes of solidarity. We intend to report thoroughly on this issue at the start of 2019. In the meantime, and in order to assist ongoing campaigns, we provide information on eleven cases that we have been following this year, none of which are documented in previous report Humanitarianism: the unacceptable face of solidarity.

Twelve private individuals: The twelve, who provided shelter for refugees and migrants in their homes, are accused of human trafficking and being part of a criminal organisation. Those charged include Anouk Van Gestel, editor in chief of Marie Claire Belgium, and journalist Myriam Berghe. Case ongoing. More information here. https://www.facebook.com/pg/solidarityisnotacrime/posts/?ref=page_internal

Briancon 7: Seven men and women accused of ‘aiding illegal entry’ of migrants as ‘part of an organised gang’ during a demonstration in April 2018 against a Generation Identity anti-migrant militia. Court case ended in November 2018 with the accused receiving suspended prison sentences ranging from six to twelve months. More information from the refugee and migrant support group La Cimade here.

Three supporters of Emergency Response Centre International (ERCI): Two humanitarian volunteers (Seán Binder, Sarah Mardini) and ECRI field director Athanasios Karakitsos ‘Nassos’ have been released on bail after over 100 days in pre-trial detention. The three humanitarians have been charged with people-smuggling, espionage and membership of a criminal organisation. More information here and here.

Twenty-four crew members and supporters of Aquarius: Twenty-four people connected to the migrant rescue ship Aquarius, including its captain and the deputy head of Médecins Sans Frontières (MSF) Belgium, under investigation in Catania, Sicily, for ‘trafficking and illegal management of waste’. No charges as yet. More information here. 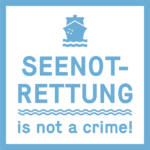 Ten crew members and supporters of Iuventa: Twenty-two individuals, including ten crew members of the search-and-rescue ship Iuventa operated by Jugend Rettett under investigation in Sicily for aiding illegal immigration to Italy while conducting rescue operations in the central Mediterranean Sea off the Libyan coast. Ship impounded but no charges as yet. More information here. 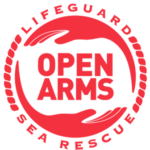 Two crew members of Open Arms: Despite the release of the impounded vessel (run by the Spanish charity Proactiva Open Arms) by the prosecutor in Catania, Sicily, the captain, Marc Reig and the mission’s coordinator, Anabel Montes are still under investigation for ‘aiding illegal immigration’. The case was brought after they rescued 218 people in the Mediterranean in March 2018 and took them to Sicily where the ship was initially impounded. No charges as yet. More information here.

Six Tunisian fishermen: Six Tunisian fishermen, including Chamseddine Ben Ali Bourassine, known in the city of Zarzis for his heroic work saving migrants, are under investigation in Sicily for illegally escorting a boat into Italian waters after towing a vessel with fourteen migrants onboard to safety, off the coast of Lampedusa. Case ongoing. 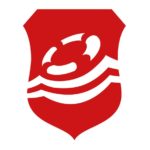 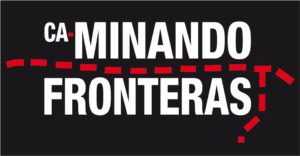 Helena Maleno Garzón: A Spanish national and founder of Caminando Fronteras (Walking Borders), Maleno Garzón, who lives in Morocco, was initially investigated by the Spanish authorities for her work alerting the Spanish coast guard about migrant boats in difficulty during crossings. After the Spanish could not find enough evidence to prosecute, she was charged in Morocco with aiding and abetting illegal immigration. Case ongoing. More information here.

Anni Lanz: A former Secretary General of Solidarité sans Frontieres, Anni Lanz has already been prosecuted once but now faces further court appearances owing to her refusal to pay fines amassed after attempting to help an Afghan asylum seeker, deported under the Dublin regulations, return to Switzerland. Case ongoing with next court appearance in December. More information here.

Unlike in previous years, we include in our monitoring of 2018 three cases involving criminal prosecutions (including the use of anti-terrorism provisions) against eighteen individuals arising from attempts to prevent deportation flights. While these actions – aimed at disrupting flights carrying deportees – would not be protected by any change to the Facilitators Package, we include them now, because of our concern that the kind of disproportionate and politically-motivated charges being brought by European states appears to imply a coordinated approach. Those who have attempted to stop deportation flights are acting from the same idea as those who try to provide shelter, food and transport, or rescue people in the Mediterranean Sea. Why people act in particular ways is of course individual to them, but in all the cases we identify (at borders or on deportation flights) those who stand accused speak of a humanitarian impulse to protect life, or a political impulse to defy an unjust law, or both. While those who rescue at sea might be responding to an immediate threat to life, those who intervene to prevent a deportation flight do so because of the future life-threatening consequences of deportation.

Two anti-deportation activists: Ragnheidur Freyja Kristinardottir and Jorunn Edda Helgadottir were arrested in May 2016 after attempting to stop a deportation flight by standing up and explaining to passengers that there was a Nigerian deportee onboard. They were not charged at the time, but two and a half years later in October 2018 charges of jeopardising the safety of a flight were brought on the same day that Elin Ersson was charged in Sweden (see below). Case ongoing. More information here.

Elin Ersson: Student Elin Ersson charged with violations of the Swedish aviation act after an incident in July 2018 when she prevented a Turkish Airlines flight with an Afghan deportee from taking off at Gothenburg airport, by refusing to sit in her seat when the plane was set to take off. Case pending. More information here.

Stansted 15: Fifteen activists from a number of anti-deportation groups face charges of endangering airport security under the 1990 Aviation and Maritime Security Act after they chained themselves to an immigration removal plane as an act of conscience to protect the lives of deportees to Nigeria, Ghana and Sierra Leone who they believed were being deported unlawfully. More information here.

Correction: This piece was amended on 5 February to take into account a revised tally of individual prosecutions in 2018.

Details of Crowdfunding page for legal defence of Nassos, Sean and Sarah here.

(1)As twenty individuals were prosecuted in 2017, this represents an increase of 305%.

Even as we read this, we hear that the Aquarius, the last rescue ship operating off Libya, has been forced to cease operations in the Med. -forced out, says MSF, by a concerted ‘smear campaign’ by European governments.