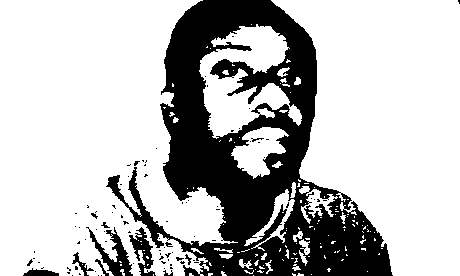 On Monday 13 May 2013, the inquest into the death of Jimmy Mubenga begins.

Jimmy Mubenga, who was being deported to Angola, died on 12 October 2010 while being restrained by three guards from G4S on board a BA plane at Heathrow airport. Jimmy’s death was the first in the UK during a deportation since that of Joy Gardner in 1993.

Nearly three years after his death, his family and friends will finally hear what happened to him.  The inquest is due to last eight weeks and is being held at Isleworth Crown Court. The family, lawyers and INQUEST (the organisation which assists the families of those that die in custody) are hoping that the inquest will address the following questions:

In July 2012, the Crown Prosecution Service took the decision not to prosecute the G4S officers involved in his death finding ‘insufficient evidence to bring any charges’. (Read an IRR News story: ‘Jimmy Mubenga’s family devastated’.)

Jimmy’s wife and the mother of their five children, Adrienne Makenda Kambana commented: ‘Jimmy has gone forever. We need justice. Justice will help Jimmy rest in peace. Justice will give the other passengers on the plane peace of mind about what happened. Justice will protect people in the future because I don’t want anyone else to be in my shoes. Justice will help my children not to feel angry about what happened to their father. I need justice especially for my daughter who did not get the chance to know her father. We will never forget Jimmy.’ Jimmy’s family is calling on people to attend the inquest, particularly on the days that G4S personnel will be giving evidence.

At the time of Jimmy’s death, G4S was contracted by the UK Border Agency to escort deportees on flights. Reliance (now known as Tascor), took over the contract in May 2011. However G4S is still involved in the asylum field (amongst others) and has recently won contracts to provide housing for asylum seekers, manages two detention centres for asylum seekers (Tinsley House and Brook House) and it also runs ‘Cedars’, the ‘family friendly’ detention centre in Sussex. The company’s activities have come under the spotlight recently, following the security fiasco during the Olympics. As a result of the company’s growing interests in controversial areas, a new campaign has emerged, Stop G4S, which ‘is a UK-based network of various grassroots activist groups, campaigns, NGOs and trade unionists that have a shared interest in holding G4S to account for its track record of human rights abuses across the world and in stopping the company from taking over public services or being given any more control over our lives.’

Read an IRR News story: ‘Two years on and no justice for Jimmy Mubenga‘

Read an IRR News story: ‘Full list of deaths during deportations from Europe‘