How the Right framed the Westminster attacks 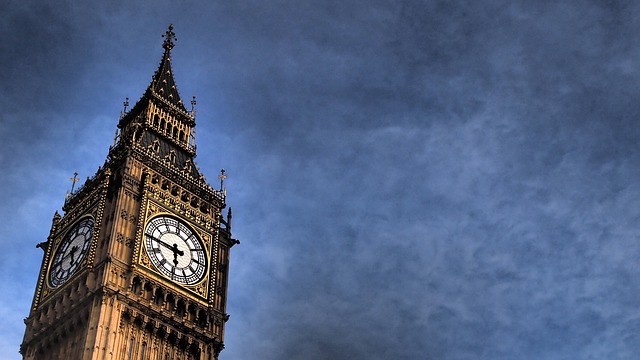 The Westminster attacks provided the occasion for anti-immigration, anti-refugee politicians the world over to vindicate their positions in the public narrative.

It was not just Britain First and the English Defence League which tried to make political capital out of the deadly attacks in Westminster on 22 March. UK-based politicians and international figures were not slow to add their very unhelpful pennyworths to the supposed analysis of what had gone wrong. At first politicians were blaming migration, as well as asylum policies. When it emerged that the perpetrator, Khalid Masood, was British, politicians shifted their attack to failed multiculturalism.

Just hours after the Westminster attacks, Donald Trump Jr. implied in a tweet that London Mayor Sadiq Khan was weak on terrorism. The US president’s eldest son in fact tweeted a link to a two-year-old 2015 story quoting Khan saying terror attacks were ‘part and parcel of living in a big city’. Nothing at all to do with what had happened at Westminster that day. This sleight of hand angered Wes Streeting, MP for Ilford North so much that he tweeted back, ‘You use a terrorist attack on our city to attack London’s Mayor for your own political gain. You’re a disgrace.’

UKIP’s Nigel Farage on Fox News and in other US TV appearances used the event to claim the attacks showed that Trump’s ‘hardline immigration and anti-Muslim policies were correct’. Multiculturalism in the UK had led to ‘divided communities’ and there was now a ‘fifth column living inside … European countries’. Farage also claimed that under Tony Blair’s New Labour, the government had boasted of sending ‘out search parties to find immigrants from all over the world to come to Britain’. While Farage went for Blair, it’s former political donor Arron Banks went for Tory May. He tweeted that ‘over a million illegals’ came into the UK when May was home secretary and ‘we have a huge Islamic problem courtesy of mass immigration’.

In its first tweet, Leave.EU too, responded to the attack by linking it to the actions of the prime minister who had allowed ‘unprecedented levels of immigration’ and failed to ‘secure borders’. As it emerged that Khalid Masood was British, it responded by tweeting that ‘British-born means nothing, if he lived in a segregated community and hated the British way of life’. And Katie Hopkins (famous for being Katie Hopkins and nasty) had already told US TV viewers that Great Britain was ‘a nation of ghettoes’.

Foreign politicians were quick to seize on the event to justify repressive policies at home. FN leader, Marine Le Pen, speaking on French radio, said that the attack showed that ‘we must control our borders’. For Poland’s extreme-right prime minister Beata Szydlo, it was impossible ‘not to connect’ Europe’s ‘migration policy with terrorism’ and [that] the attacks vindicated Warsaw’s refusal to take in refugees under the EU’s quota system. And Australian immigration minister, Peter Dutton, held that the attack showed that Australia’s decision to reject 500 asylum seekers over security fears was certainly ‘prudent’.

It does not seem to matter that the perpetrator of the Westminster attacks was neither an asylum seeker nor an immigrant, or that he was found not to be connected to any terrorist group. The event had provided the occasion for rightists the world over to vindicate their positions in the public narrative.

The left and right are both cheeks of the same arse. The Tories, UKIP and right wing parties discriminate and create a growth in economic inequality, and the middle class dominated ‘left’ handwring, criticise, but don’t actually do anything to stop the growth of the neo liberal economic system which makes the very wealthiest even wealthier, the middle class metropolitanistas get the good jobs and careers, and the economic working class which includes black, white, Asian and others fight for the crumbs.