‘Hell on Earth’ – a new film on immigration detention 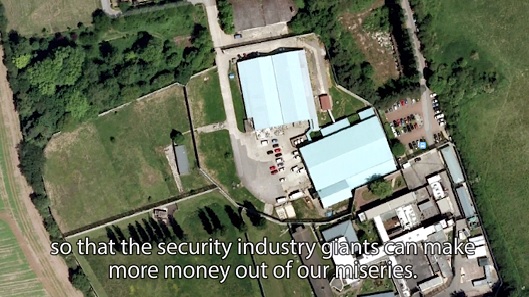 When Injustice, Ken Fero’s pathbreaking 2001 documentary about black deaths in custody was recently re-shown on London’s South Bank, Guardian film critic Peter Bradshaw was part of the post-screening panel. Bradshaw, describing his shock when he first watched Injustice all those years ago, called it a visual version of Samizdat, referring to the underground literature that emerged in Russia and eastern Europe in response to censorship and the police state. It will only take twenty-three minutes of your time to watch Campsfield House: an immigration removal centre (2014). And it will be time well spent. Produced by independent film company Standoff Films, the fire at Campsfield House near Oxford in October 2013 becomes the starting point for a wide-ranging discussion about the dehumanising experience of immigration detention. This is a documentary that, like Injustice, has that Samizdat feel.

According to Standoff Films, its mission is to uncover unsettling truths by hearing from those most directly affected by social and political realities. But it’s the way that the truth of detention at Campsfield is told that gives it the subversive edge.  Everything rests on a series of interviews with professionals working to improve conditions, and refugees forced underground, one, anonymous, represented by an image of his arm resting on a bench, and a foot poking out between crossed legs. 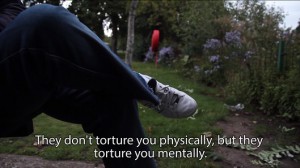 There is no narrator, no authorial voice telling you what to think, but key facts shoot across the screen as a typewriter is heard in the background punching out the text. In our global world, the cellphone has become the means of recording the violence of the state, issuing, what journalist Paul Mason describes as an ‘insurrectionary communication’. So it’s not surprising that the film’s first frame – out of the darkness, blurred images of fire-engines and security guards – is accompanied by a detainee’s voice. The anonymous witness calls the film’s researchers from a mobile phone, describing the fire that has broken out, and the botched evacuation attempts of the private security company Mitie, which we later learn rakes in a tidy profit of £50 million a year from outsourced services. The next day, another voice is captured on a mobile phone, this time a female voice, the fiancée of the first caller, who tells us that her boyfriend has been punished for speaking to the press by riot officers who invaded his cell, roughed him up before transporting him, shoeless, dressed only in shorts and a T-shirt, to another detention centre, this time in London. Against images of police vans constantly moving in and out of Campsfield, and razor-wire topped fences that seem to go on forever, one story stands out – graphically capturing the misery of it all. Medical Justice caseworker Theresa Schleicher, recounting the case of a man with mental health problems, tells us that the authorities’ response to his threatened suicide was to place him in segregation, accusing him of attempts to ‘profile raise’ his case. By the time the authorities realised his suicidal impulses were genuine, they responded not by addressing his mental health needs, but by drawing up an ‘end of life care plan’, alongside a strategy to deal with the media in the event of his death and subsequent inquest. No wonder Theresa May wants us to quit the European Convention. This was the first out of four cases that was successfully taken to the European Court, with the UK eventually found guilty of a breach of Article 3 (torture, and inhumane and degrading treatment).

The literal translation of Samizdat is ‘self-published’. The activities of the Samizdats ensured that censored news about the state’s violations of human rights entered the public realm. Another reason why Campsfield House: an immigration removal centre is part of this uncompromising genre.