Grunwick women who broke the mould 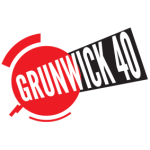 Today, on International Women’s Day, it is women like Jayaben Desai,[1] Kalben Patel and their fellow strikers that we should be remembering and honouring for their tenacity and courage.

23 August 2016 marks forty years since the start of the Grunwick strike. This dispute at the Film Processing Laboratory in Willesden, north-west London lasted for two long years and was a fight by the mainly Asian and female workforce for union recognition and fairer working practices. On Friday 20 August 1976, one person was sacked, three others walked out in protest and were followed by Jayaben Desai and her son. They immediately joined a union which called for recognition at Grunwick. The fight was on.

The factory was owned by George Ward, an Anglo-Indian who was supported by the right-wing libertarian Freedom Association. According to an interview with Amrit Wilson (printed in Finding a Voice: Asian women in Britain)[2] Desai said of him:

‘He would come to the picket line and try to mock us and insult us. One day he said “Mrs Desai, you can’t win in a sari, I want to see you in a mini [skirt].”’

The 137 strikers, supported by unions and flying pickets from across the UK, galvanised the labour movement. Chapter Road in Willesden became a front-line where thousands massed to confront the strike-breakers brought in by bus by Ward. Solidarity came from all fronts – black groups, miners, postal workers, car workers, feminists – what might be called intersectionality now. A week of action in June 1977 saw mass pickets:

‘… at which 84 people were arrested and there was large scale police violence. According to a Willesden doctor quoted in Time Out “two types of injury are particularly common: the first is a result of testicles being grabbed by the police. The second is a result of women having their breasts grabbed.” These injuries went in general unreported in the media.’[3]

The images of 5-foot nothing Jayaben Desai, dwarfed by burly policemen and miners on the Grunwick picket line are a sight to behold. The women never gave up. They persisted and even went on hunger strike after losing the support of their union, APEX and the TUC. The strike was officially ended in July 1978.

In those times of Indian male chauvinism (which still stubbornly persist) the women strikers must have had many private battles to fight. I wonder how those women dealt with the pressures of our culture and the expectations of our men. And later, I wonder whether they were proud of their fight, passing on the flame of rebellion to their children or whether they hid their past fights not wanting their children and grandchildren to know the pain they had to endure and struggles they had to wage. We have a lot to learn from the struggles of such women.

The International Women’s Day website suggests many ways to take action today – you can: ‘Make a #PledgeForParity,’ or in this social media age you can share your support on social media, or ‘Download selfie cards’ and even ‘Embed a widget on your website’. But, as for me, this year on International Women’s Day I’ll be pledging my time, support and money to the Grunwick 40 campaign. The group, which is made up of local residents and supported by Brent Trades Council and the Willesden Green Town team, plans to ‘remember, to commemorate, to celebrate and to learn’ by creating a mural close to the former factory site in Willesden, and in the autumn putting on a major exhibition on Grunwick at the Brent Museum (in partnership with Brent Council’s Archive and Heritage Service).

Tribute should be paid to women like Jayaben Desai and Kalben Patel, who to me, are true feminist icons for our times. They were women, Asian women, who broke the mould.

Join the workshops for the mural

I was excited to uncover this site. I wanted to thank you for your time for this particularly wonderful read!!
I definitely loved every little bit of it and i also have
you saved to fav to see new stuff on your web site.