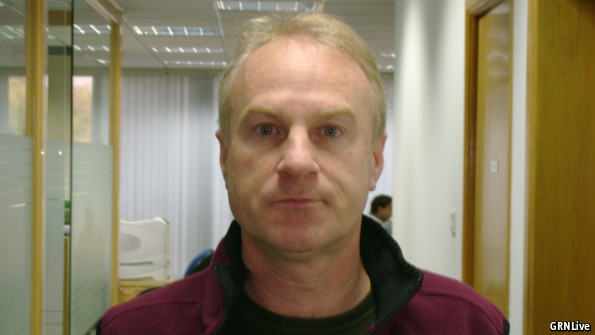 The staff of the Institute of Race Relations were very saddened to learn of the death of Graham Usher on 8 August.

He was, for two decades, one of the most stalwart of contributors to our quarterly journal, Race & Class, illuminating for our readers the struggle in Palestine and the machinations of the ‘peace process’. A very conscientious researcher and evocative and sensitive writer, he went on to become the Economist’s first correspondent on Palestine and, latterly, on Pakistan and Palestine for the US magazine, The Nation, writing the while for a range of magazines in and on the Middle East.

We first got to know him in the late 1980s when, as a committed leftwing, anti-racist teacher at Newham Community College in east London (where he was born and had his radical roots), he came with some diffidence to discuss with Sivanandan his ideas about how employment training was helping create a new underclass. His first article in Race & Class on ‘Britain’s new Bantustans’ was published in July 1990. But he needed no further encouragement from us. Changing tack from looking at Europe’s underclass to looking at Palestine (where he had taught) his passionate commentaries and articles came thick and fast: on Beit Sahour, on the work of psychiatrist Dr Eyad El Sarraj with children in Gaza, on the rise of Hamas, an interview with feminist Rita Giacaman. With Rema Hammami he guest-edited a special edition of  Race & Class in October 1995 for which, among other things, he carried out incisive interviews with Ilan Pappé and Azmi Bishara. His last contribution to the journal was in 2006, on ‘the Wall’ and the dismemberment of Palestine – a chapter from one of the three books he wrote on Palestine.

Quiet yet firm, dedicated yet fun, Graham was the ideal comrade. And as a journalist and writer he was ever professional without ever losing the human touch and the search for social justice. He leaves a standard for the rest of us.

Yes he will be missed . All of us at this time need to walk with lighter steps and make a greater analysis which is still of use to oithers who have less time to spend. His way of being firm but fair can be copied in his honour. He also was brave enough to tackle the genius of others at R and C. My fellow Sri Lankans @ IRR believ as I do that memories must never die. Education department – SARONG ARMY .