Germany – another Black death in custody 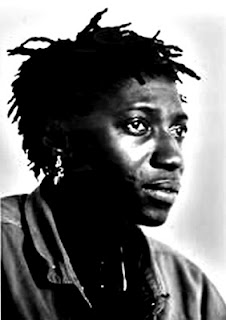 Campaigners in Germany demand that the death of Ousman Sey in police custody be properly investigated.

On 7 July Ousman Sey, a 45-year-old man of Gambian origin, died after being taken into the custody of the Dortmund police. This is the third black death in police custody in Germany since 2005. Already, the indications are that those seeking a rigorous investigation into the circumstances of Sey’s death, will be ignored.

In January we reported that seven years after the death in custody of the African refugee Oury Jalloh, the trial of several officers who were on duty on the night he burned to death in a Dessau police station, had just begun. The piece, written for IRR News by Eddie Bruce-Jones, a member of the Oury Jalloh International Independent Commission, was circulated in Germany by the organisation Concerned Nigerians. They, in turn, contacted IRR News to tell us of their concerns about another black death in custody, this time of a 39-year-old Nigerian German woman.[1] In May 2011, Christy Schwundeck was fatally shot in a job centre in Frankfurt-am-Main after an argument with one of the centre’s employees. Police say that she was armed with a knife and that shooting her was an act of self-defence. Then, on 7 July 2012 came Sey’s death. Sey had fallen ill, was experiencing heart palpitations and had called emergency services. But when paramedics arrived on the scene they assessed his condition not serious enough for him to be hospitalised. Sey’s condition worsened, and he phoned for emergency services again. By this time, he was having convulsions and his behaviour had become erratic. Police were called to the scene and police and paramedics judged that Sey did not need to be taken to hospital; instead he was handcuffed and taken to a police station where he collapsed and died.

According to Eddie Bruce-Jones, all these cases ‘suggest that criminalising black people is a structural problem in Germany.’ In the case of Ousman Sey it is both ‘logical and reasonable for concerned citizens to ask why a man who called the paramedics repeatedly complaining of severe chest pains was not brought to a hospital by paramedics, but rather handcuffed and detained by police.‘ One issue that has been taken up by the Oury Jalloh International Independent Commission is the lack of proper mechanisms to ensure justice, such as a mandatory inquest system following an unexplained death in custody, or an independent police complaints process. Jalloh burned to death while chained by his hands and feet to a fireproof mattress in a tiled cell, but his screams for assistance do not seem to have been heard. A police autopsy, furthermore, failed to detect the broken nose and burst eardrum that the community-sponsored independent autopsy managed to later find. 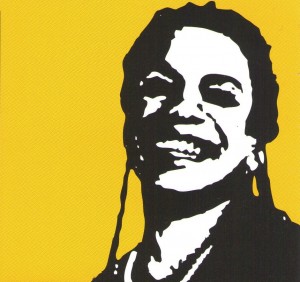 In the case of Christy Schwundeck, no one is disputing that she was distressed and angry when an official at the Jobcenter Gallus refused to issue her unemployment benefit in cash (he could have done so, but allegedly refused, even though Christy Schwundeck said she had no financial means whatsoever). But there are a series of questions that campaigners have asked, that have not been answered. Why did the police officer shoot Christy Schwundeck dead at point-blank range rather than trying to disarm her, or otherwise de-escalate the situation? And why did the Public Prosecutor’s Office call a press conference within hours of Schwundeck’s death at which he stated categorically that the police officer had acted in self-defence? (Apparently, there are witness statements that indicate that the police officer who fired the fatal shot was quite a distance away, and under no immediate threat.)

It could also be argued that the tragic death of Ousman Sey could have been prevented if the emergency services had treated him sympathetically and professionally when he called for help. Hannah Piehl of the Dortmund Anti-Fascist Alliance (Dortmunder Antifa Bündnis) asks whether this failure to render assistance is due to racism or incompetence?[2] The police and emergency services (which includes the ambulance and fire services) immediately reacted to the racism charge, issuing statements denying that racism could ever influence their actions. Police Chief Norbert Wessler said ,‘I vehemently oppose the assumption that the police did not provide medical aid because of Sey’s skin colour. This accusation affects the Dortmund police greatly because it gives the impression that the reaction of the police was influenced by racist beliefs …. We do not differentiate between skin colour, religion or country of origin. Such accusation is completely unfounded. Wherever the police intervenes, wherever the police helps, wherever we fulfil our legal duties, there is no place for racism.’[3] But for Piehl, the police’s denial of racism is nonsensical, given the centrality of racial profiling in every day policing, ensuring that black people are singled out for identity checks. The claim of the head of the fire department that there is no institutionalised racism within the fire-fighting services is equally incredible, she said, given that the head of the Institute for Firefighter and Rescue Technology was forced to step down after links between him and the far-Right Autonomous Nationalists were exposed.[4] ‘Racism is found in all corners of society. It does not only exist within the far right or amongst “uneducated” people’, states the Dortmund Anti-Fascist Alliance. ’Whosoever denies that racism exists in “middle society” closes their eyes to all the empirical data concerning this topic.’

On 17 July, members of the Christy Schwundeck Initiative Frankfurt staged a rally in memory of Ousman Sey. No doubt protestors recalled the long struggle to ensure police accountability for deaths in custody in Germany, and discussed contemporary realities. This May, the Attorney General ruled that there were no grounds to reopen the inquiry into the death of Christy Schwundeck, forcing the lawyers to launch criminal proceedings on behalf of Schwundeck’s brother. Meanwhile, the trial of the police officer accused of the death of Oury Jalloh is still ongoing, seven years after he burnt to death in a Dessau police cell.