German development aid and the politics of pre-emption 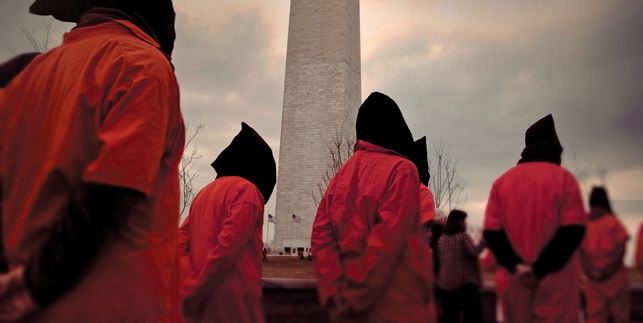 Forty years ago, development aid programmes in the ‘Third World’, if colonial in thrust and often imperial in economic purpose, were at least usually recognisably different from war, conflict and internal repression. And the respective roles of metropolitan governmental departments and private companies, national governments and international NGOs were clearly delineated. 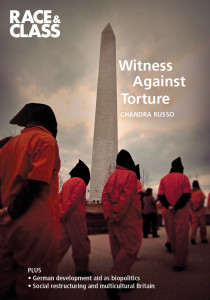 But today, with neoliberalism breaking down the distinctions between the public and private, the war on terror conflating risk into security and pushing towards a pre-emptive geopolitics, the shape of development is changing. Innovation in areas such as transportation and border control, still marketed as development, are better analysed in terms of biopolitics. Germany’s Gessellschaft für Internationale Zusammenarbeit (GIZ) ‘aid programme’ to Saudi Arabia, Sudan and South Africa over the last fifteen years should be understood in terms of pre-emptive securitisation …

The support of border management is, for the GIZ, a prerequisite for preventing conflict between states and fostering regional  integration … Of course a border is not necessarily located at the edge of a territory but my cut across its very centre, with border technologies and practices occurring far away from the border’s actual physical location. And the zoning in on borders as sites for the use of ever more sophisticated security technologies also tends to generate a complex array of feedback loops which both amplify and open the way to the introduction of yet more of such technologies in an ever-widening area …

The GIZ integrated itself into the security sector by striking alliances with and carrying out projects for the German military as well as with armed forces abroad, with local, regional and international police bodies, with private armies and defence companies. Its work has necessitated and sometimes forced the enhanced physical proximity  and entanglement of development workers and military personnel. This proximity means that physically development workers have been come more entrenched in the green zone, correspondingly distanced from those actually in need of ‘development’.

The practice of German development work, aligned as these are with security concerns, have been largely successful in creating new and quite specific social relations, by adapting more and more nuanced practices of bordering, often coupled with intensified collection and circulation of data; all justified by the current of anxiety running through GIZ’s reports. Through a general cultural acceptance of a non-standard indeterminably and indefinitely threatening catastrophic environment the number of groups within a population that are at risk, or risky can be infinitely inflated, thus marking out an ever growing number of people for management …